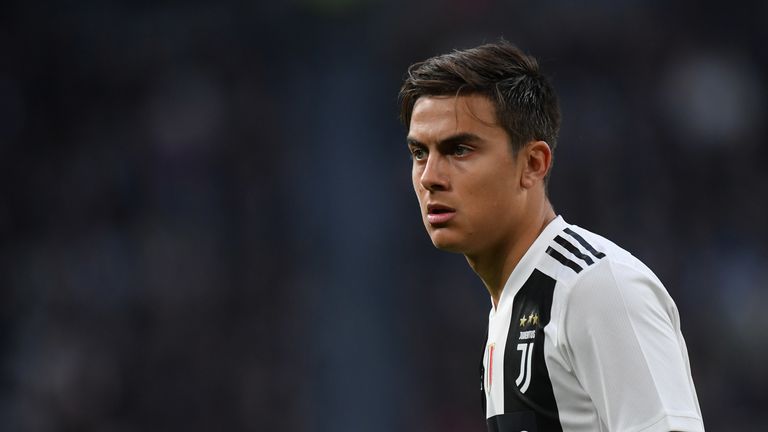 Paulo Dybala is likely to be forced out of Juventus this summer after being marginalised since the signing of Cristiano Ronaldo, according to Italian football expert Adam Digby.

Dybala, a reported target for Manchester United, said in May he wants to remain in Turin next season - a week after his brother, who is also his agent, claimed he would be leaving Juventus because he is "no longer at ease".

Unlike Dybala, Digby, the author of 'Juventus: A History in Black and White', feels the Argentine is unlikely to be lining up as a Juventus player next season. 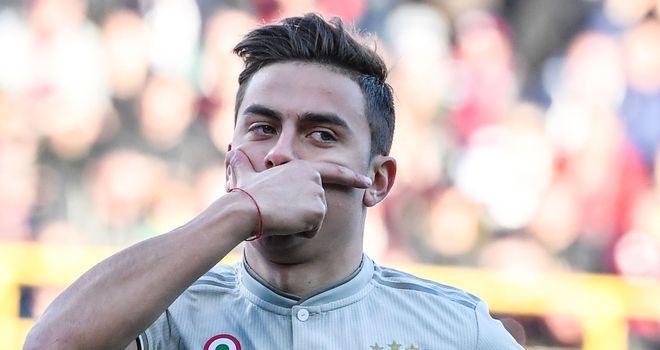 Where could Dybala end up this summer?

He told Sky Sports News: "I think Dybala will be the one player who is forced to move on.

Maurizio Sarri will be allowed to leave Chelsea this week to take charge of Juventus, Sky Sports News understands. 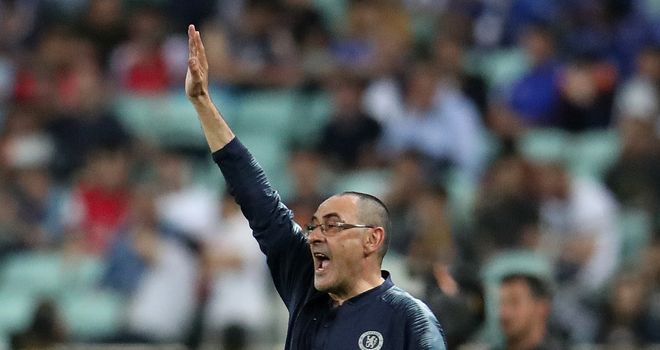 Maurizio Sarri is set for a return to his native Italy

The Italian's pending appointment is unlikely to offer any hope to Dybala because Sarri has been single-minded in his tactical approach at both Napoli and Chelsea, favouring a 4-3-3 formation.

But Digby believes selecting the former Napoli head coach to take the reins at Juventus will end badly - and not just for Dybala.

"I think Juventus fans will feel a little bit underwhelmed by Sarri's appointment," he added.

"They seemed to have been promised either Pep Guardiola or Mauricio Pochettino all summer and the more it goes on, the more it feels like it will be Maurizio Sarri. I'm not sure if he can continue Juve's dominance.

"That is not going to endear him to the Juve fans. The style and the tradition of the club is to finish first - almost at all costs.

"They do need to improve the way they play, they need to modernise their style of play on the pitch and Sarri can certainly do that - as we've seen at Napoli and Chelsea."

'Juventus need to win now - while they still have Ronaldo'

Ronaldo said Juventus signed him to "do things they have never done before" after his hat-trick against Atletico Madrid sealed a Champions League last-16 comeback and their place in the competition's last eight. 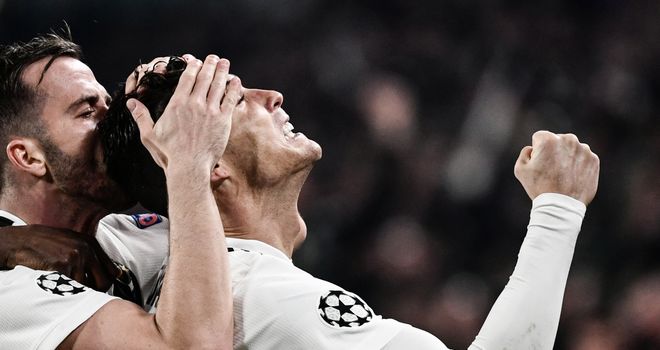 Juventus, who have not won Europe's elite competition since 1996, have twice finished runners-up in the Champions League under outgoing head coach Massimiliano Allegri, as well as winning five consecutive Serie A titles.

And Digby expects there to be little patience for Sarri in terms of challenging for trophies domestically and in Europe.

"It's really difficult because having Cristiano Ronaldo at the club now - he's 34 - they need to win now, they need to take advantage of having him there," said Digby.

"And with somebody like Sarri, who takes time to settle in and to embed his methods within the squad, that doesn't seem to mesh well with Juve's urgency to win immediately. On the surface, reaching the quarter-final or the semi-final seems a reasonable request.

"But Juve seem to be in a position where they have to win it all this season otherwise they risk the money they spent on Ronaldo and other players almost going to waste."