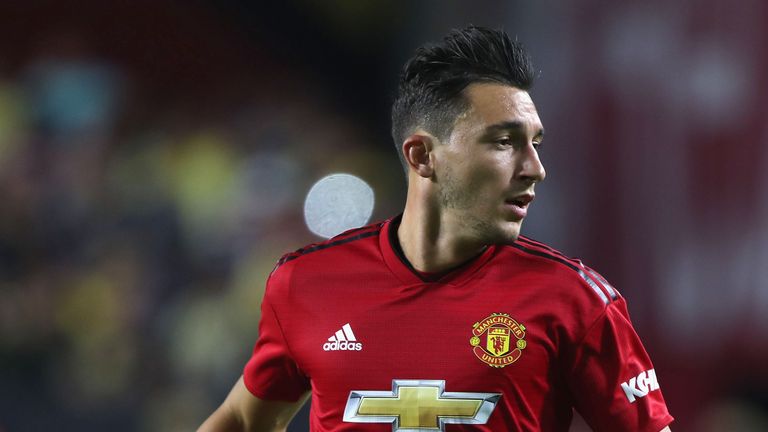 Napoli are interested in a potential move for Matteo Darmian

Matteo Darmian is continuing to push for a move away from Manchester United as he seeks more playing time, despite United's two other right-backs being injured.

The Italian has been told by manager Jose Mourinho that he can leave Old Trafford, but only if a suitable bid comes in.

Napoli president Aurelio De Laurentiis has admitted the Serie A club are interested in the full-back, but no formal bids have yet been made. 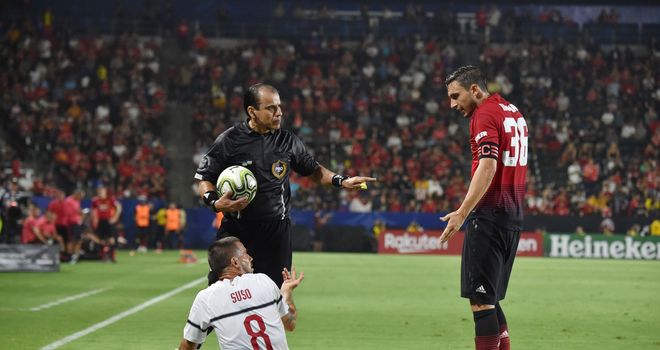 Despite wanting out, Darmian could yet play a big part in United's plans for the remainder of pre-season after Antonio Valencia was flown home from their tour of the USA with a calf injury. New signing Diogo Dalot is sidelined until September with a knee injury.

"I don't think the injury of Antonio is a big injury. I don't know how long he needs to stay out, but at the moment he is the captain, he's first choice," Darmian said.

"I want to play more regularly. Last season, I didn't play much, that's my objective and my ambition. That's why I spoke with the manager and also with the club about my future. 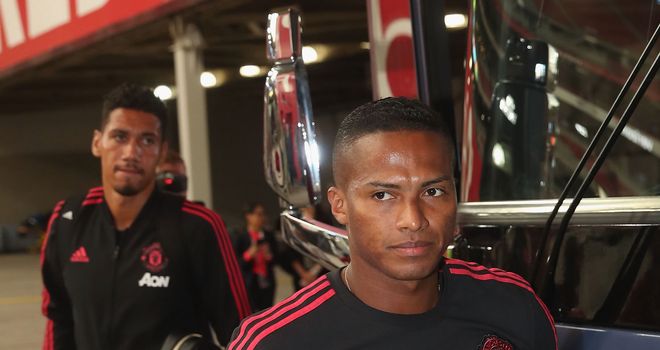 "I want to leave but we will see what happens because we don't know."

United take on Premier League rivals Liverpool in the International Champions Cup in Michigan on Saturday.