Man Utd reporter notebook: On what terms would Pogba be allowed to leave? Does Frenchman need Man Utd more than club needs him? 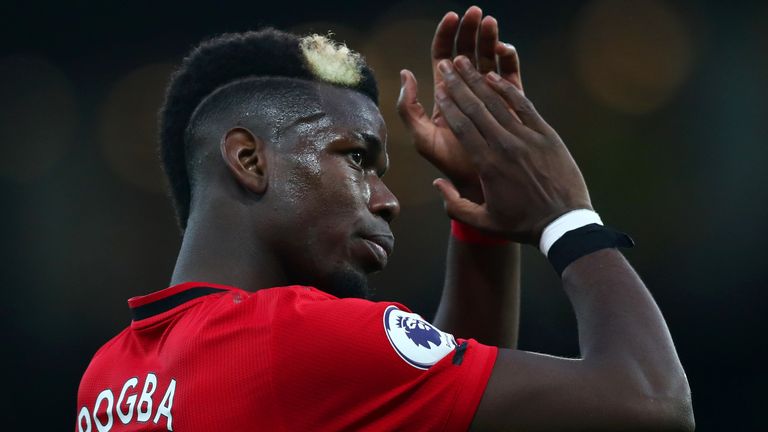 Paul Pogba's current Manchester United contract runs until the summer of 2021, though the club have an option of a further year 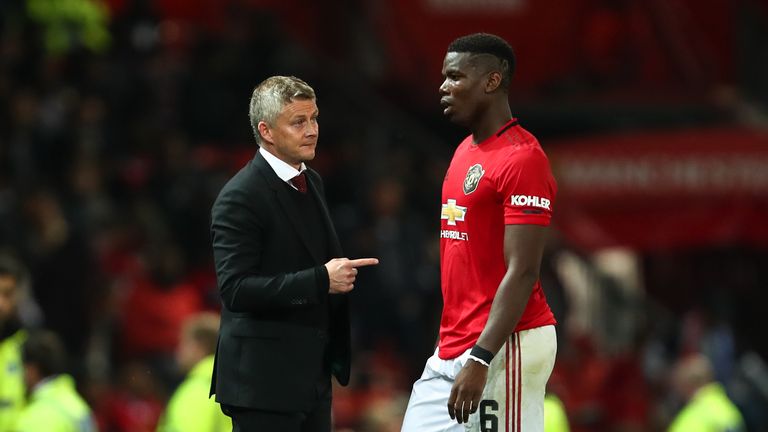 What does the future hold for Paul Pogba? In his latest Manchester United reporter notebook, Sky Sports News' James Cooper considers some key questions for the Frenchman - and the Old Trafford hierarchy.

Normality itself is on hold right now, and so is the next chapter in the saga between Manchester United and Paul Pogba, with the balance of power between the two perhaps more evenly poised than it has been in some time.

The month of March has seemed to extend to endless proportions and it feels like an age since the Frenchman walked back through the doors of Old Trafford as the world's most expensive player, winning a League Cup and the Europa League in his opening season.

The following campaign, of course, Manchester United finished second in the Premier League to Manchester City - an achievement Jose Mourinho considered as one of his finest as a manager - and Pogba topped that by going to Russia and winning the World Cup with France.

Even in his third season, which saw Mourinho depart and Ole Gunnar Solskjaer return, Pogba hit 16 goals, although his impact on the first team seemed to dip following the sending-off against Paris Saint-Germain at Old Trafford - an indiscretion that robbed him of the chance of being part of one of United's greatest European nights with that victory over PSG at the Parc de Princes.

At times since then, it's almost felt like destiny that Paul Pogba and Manchester United would go their separate ways but right now there are two key questions:

On what terms would Pogba be allowed to leave Old Trafford?

And does Pogba need Manchester United more than United need him? 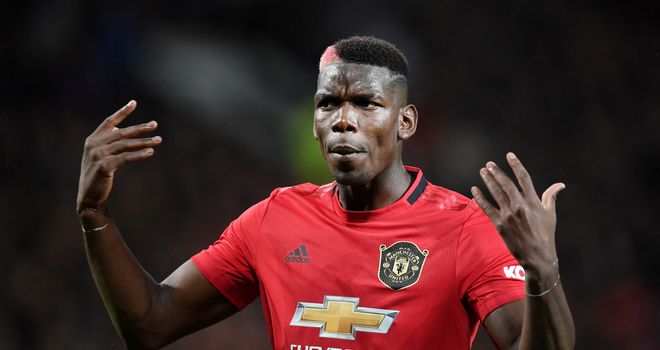 Before looking at both issues, the analysis of which is based upon opinion and information, a reminder that Manchester United wanted to bring back Pogba - a player they had had in their academy prior to him leaving to win four league titles in Italy with Juventus - because he is a world-class player, someone who makes playing football at the highest level look easy and natural.

Few Manchester United supporters would even try to dispute that, but the inconsistent performances and posturing by the player and his advisers means the majority of the fan base are getting fed up with a soap opera that appears to play out and play out with no end result for any party.

That might be the case again this summer for a number of reasons.

The first of those is one that I've discussed on many occasions since last summer's pre-season tour to Australia and the Far East: economics.

The sort of transfer fee that would make Manchester United even twitch when it comes to Pogba remains astronomical for a player who has appeared just twice since the end of September and hasn't actually kicked a ball in the first team for more than three months.

Add wages to the package, and if he's looking for an increase on what he's already paid, then we're talking about a financial commitment that very few clubs on earth would be able to come up with, or make a business case for, considering his lack of football in the current campaign.

Uncertainty reigns in football - and swap deal a challenge 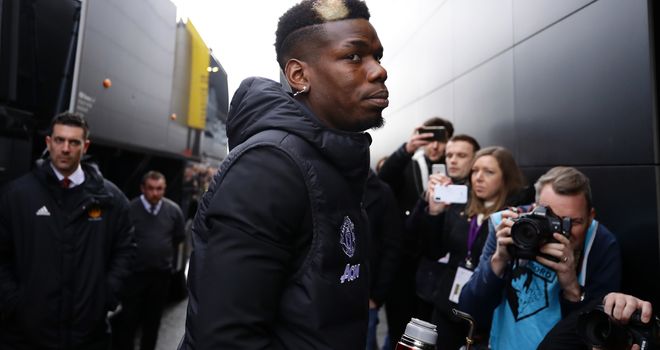 Before the coronavirus outbreak it seemed as though Pogba was nearing some sort of return to the first-team picture, properly healed and rehabilitated with the prospect of the remaining nine games of the Premier League season, as well as Europa League and FA Cup matches, giving him an opportunity to show his ability once more.

A successful European Championships with France could also have put him back in the shop window.

But when it comes to club competitions everything is now on pause, while the Euros is now not scheduled to take place until the summer of 2021.

In the case of Paul Pogba and his future, such uncertainty isn't helpful and may not provide any guarantees as to how this one will go.

We've seen Manchester United entertain the notion of a swap deal before, though in the case of Henrikh Mkhitaryan and Alexis Sanchez it's had little benefit to anyone, and again any suitor would have to come up with a truly top-class exchange package to tempt Ed Woodward and his recruitment team.

You can see how that might work in the case of Pogba, if it delivered a player who might offer more to the first team squad than the Frenchman currently does, but Ole Gunnar Solskjaer will have the final word and, like many United supporters, is probably frustrated that the club's No. 6 hasn't been able to deliver for him, whatever the reasons. 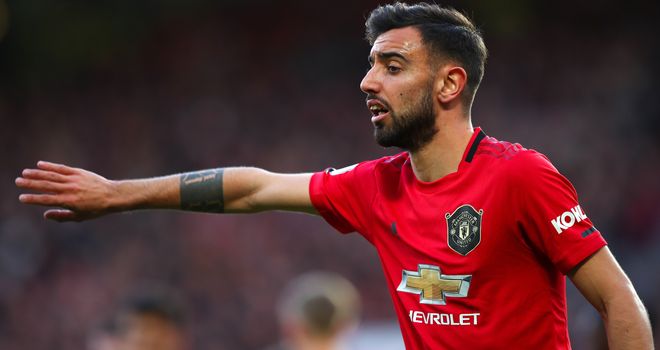 Much has been made of the newfound spirit and belief at Manchester United since the home defeat to Burnley on January 22 but pertinently, when you consider the case for Pogba, all of that has been achieved in his absence - and has delivered a new midfield talisman in the shape of Bruno Fernandes.

It's how things sometimes happen in football, when a player is missing for an extended time and his team are struggling, he becomes more important almost by the week. Pogba was in a case in point as United stuttered through the first 10 weeks of this season.

But it's not just the 'Bruno Factor' that's made life difficult for him, it's the renaissance of Nemanja Matic, the settling of Fred and the return of Scott McTominay from injury. It's an incredible thing to consider but do those three players contribute more to the way Ole Gunnar Solskjaer wants his Manchester United side to play than Pogba does?

The other side of that debate is whether a fully engaged Pogba with match fitness and few miles on the clock this season could further energise United when football finally returns; that's the first decision Solskjaer faces in this matter. 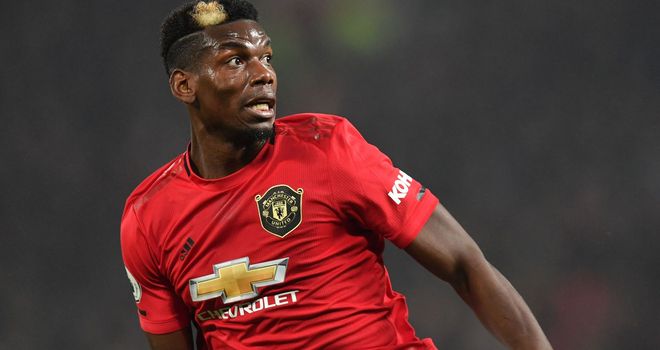 There will be plenty more written and spoken about Pogba and Manchester United in the weeks to come. Perhaps Old Trafford is suddenly a more attractive place to be. The club has shown its ambitions with its transfers in the last two windows, all of which have increased the quality and options that Solskjaer has at his disposal.

If United were able to claim Champions League football as well next season through their Premier League finish or by winning the Europa League - as they did in Pogba's first season back - that becomes another compelling argument. Pogba is still only 27 years old and may also reflect on this being his fourth season in Manchester, equalling the length of his glittering stay in Turin.

But, as I began, our lives right now are ruled by uncertainty and that's also true of the rather fluid relationship between player and club in this instance.

It's equally why, perhaps, it wouldn't be a surprise if Pogba left - or stayed at Manchester United.