Khan has been frustrated in his pursuit of a big-name fight in the US, with Floyd Mayweather twice overlooking him as a possible opponent, while former gym-mate Manny Pacquiao is set to face Timothy Bradley in April.

Brook's promoters Matchroom have only been able to hold tentative talks with Khan while he awaited Pacquiao's decision, but Hearn insists the Filipino's promoter Bob Arum told him that fight was never going to materialise. 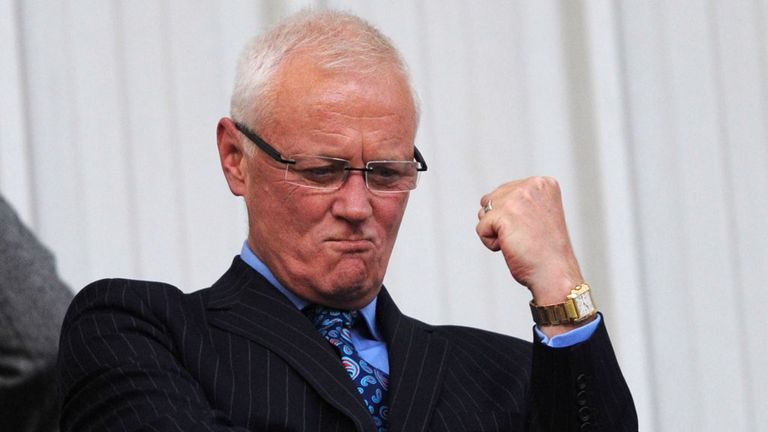 I asked Arum 'what percentage of a chance does Khan have of fighting Pacquiao?' Arum said 'less than one per cent'.

"I know Pacquiao well and Bob Arum is a friend of mine," Matchroom founder Hearn said to Sky Sports.

"I asked Arum 'what percentage of a chance does Khan have of fighting Pacquiao?' Arum said 'less than one per cent'. He had no chance.

"I'm very disappointed because Khan has been almost impossible. He doesn't seem to want to fight anybody. [Being in America] is an excuse.

"I can make excuses too - I want to fight Deontay Wilder myself, right now. Am I going to get that fight? Extremely unlikely.

Hearn is hopeful that Khan will seriously consider a lucrative clash against IBF welterweight champion Brook, with Wembley Stadium being considered as the venue on June 4.

But he has lingering doubts about whether the former light-welterweight world champion genuinely wants to share the ring with the unbeaten Sheffield man.

"I'm getting more optimistic because, one-by-one, all of Khan's alternatives [are disappearing]," Hearn said.

"At the moment for Khan to fight someone in the States, unless it's Bradley or a top fighter, he's only going to get a million or a million-and-a-half dollars. For him to fight Brook he'll make three or four times more so it comes down to risk and reward.

"He doesn't want to fight Brook. He was gambling that he'd get a bigger payday but he'll get a lot of money for fighting Brook - but he may get beaten, and I think he probably will.

"Eddie [Hearn, Matchroom promoter] is trying to talk to his people all the time, and he says he wants to fight. Do I believe him? Not really, no."