Joseph Parker believes there is a 'big possibility' of him facing the winner of Anthony Joshua's world heavyweight title fight with Wladimir Klitschko.

WBO champion Parker will be an interested spectator when Joshua defends his IBF title against Klitschko at Wembley on April 29, live on Sky Sports Box Office, with the vacant WBA belt also at stake.

You can book the huge Wembley event online here...

The New Zealander puts his own belt on the line against Hughie Fury, a week later in Auckland on May 6, and hopes to stay on course for a unification clash with either Joshua or Klitschko.

"Firstly, it hopefully goes well with Fury, and then big doors open after that," Parker exclusively told Sky Sports.

"I can't look too far ahead, because there is a big task in front of us, but there is also in the back of your mind, thinking about the bigger things that can happen." 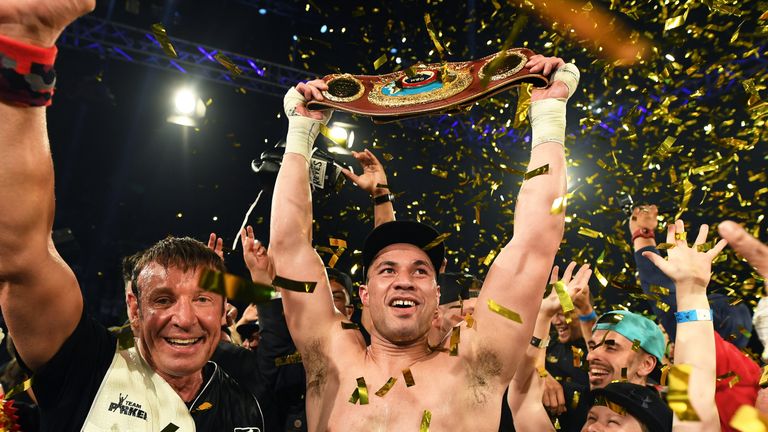 It's a fight that can happen in the future and you never know, but firstly you have got to take care of business.

Asked about facing the Joshua-Klitschko winner, he said: "Yes, that's a big possibility.

"It's a fight that can happen in the future and you never know, but firstly you have got to take care of business."

Patiently waiting for MAY 6 ⏳ #ANDSTILL pic.twitter.com/sRigIC7ca0

Trainer Kevin Barry is preparing Parker for his first world title defence and admits the unbeaten 25-year-old would relish the challenge of battling one of the biggest names in the boxing.

"Anyone that can command a crowd of 90,000, is the golden goose of the division, and of course we would love to be able to share the ring with the winner of that fight," said Barry.