Joe Cordina says beating Sean Dodd for the Commonwealth lightweight title will be the first major step on his way to world glory.

'The Welsh Wizard' will headline in his home city for the first time this Saturday when he battles Dodd for the rainbow belt in the Ice Arena Wales, Cardiff, live on Sky Sports, as part of the latest instalment of the NXTGEN series.

Having appeared at the national stadium, The Principality, twice previously, the Rio 2016 Olympian is confident of achieving more goals on his rise to the top. 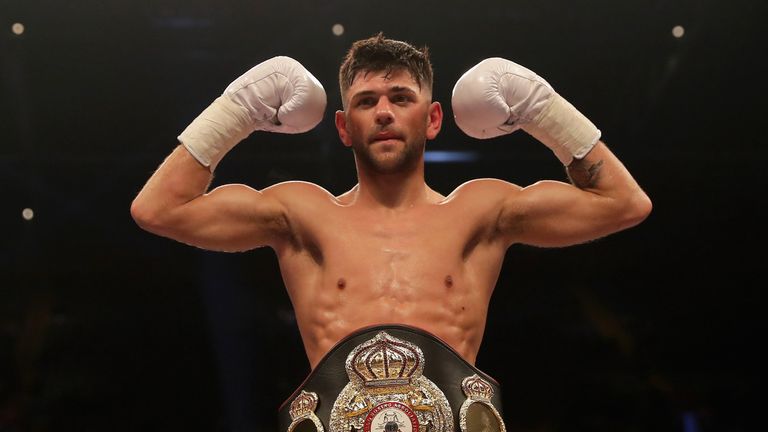 I need to win this fight to get to my goal. That's the way I am looking at it.

"So far I have done everything I've set out to do in my career, first it was to make the Olympics and now it's to win a world title," Cordina said.

"It means I have to go through all these steps, all these domestic titles, to get to that.

"This is a tick and I need to win this fight to get to my goal. That's the way I am looking at it, to get to that world title and feed my two kids.

"Dodd is trying to stop that from happening this Saturday."

Although the Welsh star understands it is inevitable he will be fast-tracked to the top, Cordina is refusing to look too far ahead and is fully focused on his first major title encounter.

"Obviously you've got to take one step at a time, one fight at a time, and that's what I intend on doing," Cordina continued.

"I am experienced in the amateur game and along with the other Olympians, I know I'll be pushed along quickly.

"It's important, though, to take the right fights at the right time. You could take one step too far and fall short and you're in the mud, really. You have to be very smart in this game.

"People like Joe Calzaghe and Floyd Mayweather treated this sport as a business, which is why they retired undefeated. They got multiple world titles and retired comfortably and that's what I intend on doing."