YouTuber Logan Paul on Floyd Mayweather: "I need as much practice, training, sparring under my belt against this guy. With every day that goes past I get better and he gets older"; their exhibition bout will no longer happen this month

Look back at the Mayweather vs Hatton press conference in Manchester!

Logan Paul insists “the fight is still happening” but his exhibition match against Floyd Mayweather has been postponed.

The bizarre bout was scheduled for February 20 but, according to YouTube star Paul, will no longer happen on that date due to "business complications".

He said on his YouTube channel: "The Mayweather fight is pushed [back] which I am completely OK with.

"The fight's still happening [but] we want to have a packed arena somewhere and then the business side of things, we have to iron them out.

"He's got a lot of people on his team, [his advisor] Al Haymon got involved, if you know boxing, you know what that means for getting an actual deal done and figuring out a venue.

"I need as much practice, training, sparring under my belt against this guy.

"With every day that goes past I get better and he gets older." 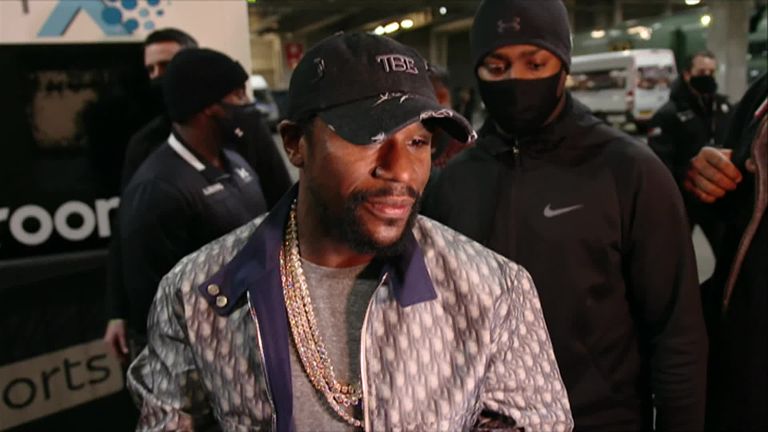 Floyd Mayweather has flown over to watch Joshua vs Pulev and says he 'respects AJ's craft'.

Mayweather is 18 years older than Paul and retired in 2017 with a stunning 50-0 record after beating Conor McGregor in his final fight.

He has, since then, won an exhibition match against Tenshin Nasukawa in Tokyo.

Paul's only experience inside the ring amounts to two fights against fellow YouTuber KSI - they drew their first amateur bout before KSI won a professional rematch in 2019.