Tyson Fury tells Gary Neville's The Overlap: "I don’t think I’ll ever lose a fight, no. There’s nobody out there to beat me." Warning - full interview contains language and themes that some people may find upsetting 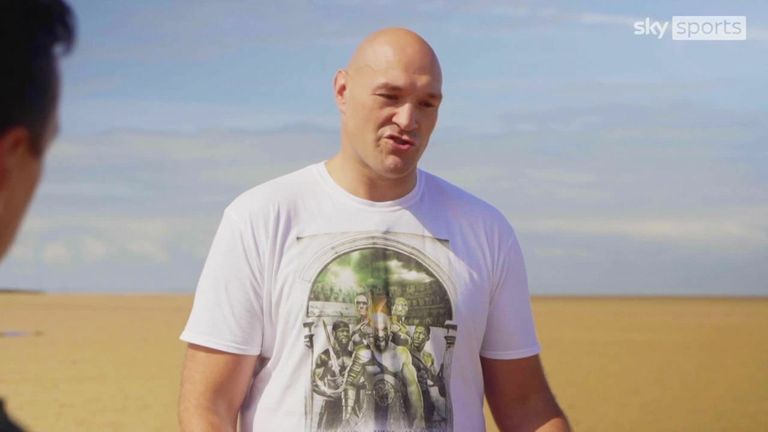 Tyson Fury believes he will never lose his unbeaten record, despite the looming threat of fights against dangerous punchers such as Deontay Wilder and Anthony Joshua.

Fury defends his WBC belt against Wilder on October 9, which could finally set up an undisputed world title showdown against Joshua.

Joshua risks his world titles against Oleksandr Usyk on September 25, live on Sky Sports Box Office, but Fury has appeared to dismiss the threat posed by his heavyweight rivals. 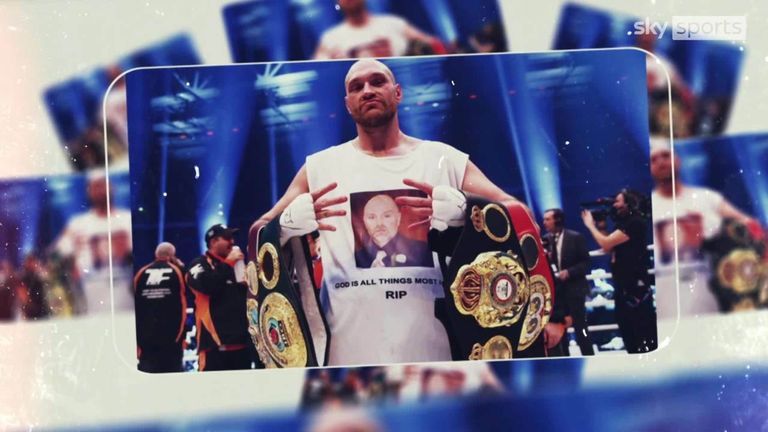 Speaking in an interview with Gary Neville's The Overlap, which contains language some may find offensive, Fury said: "I've never lost a fight. I don't think I'll ever lose a fight, no. I don't think I will.

"I don't think there's nobody out there to beat me."

Joshua has reiterated his desire for a blockbuster battle, but Fury insists his British rival's shock loss to Andy Ruiz Jr is proof that he should not look too far ahead at future fights.

Joshua says he wants to finally settle his rivalry with Fury

"How can he have me now, if I've got a rematch with Wilder," said Fury.

"The big thing is - I'll tell you what they always do - and he already fell victim to it, Joshua.

"They talk about fights that's not happening. Everybody wants to talk to me about the Joshua fight. They don't care about the fight that I'm having.

"All of a sudden, they want me to look over what I'm doing and then get chinned. I'm laid on my back flat by Wilder and he's taking my position." 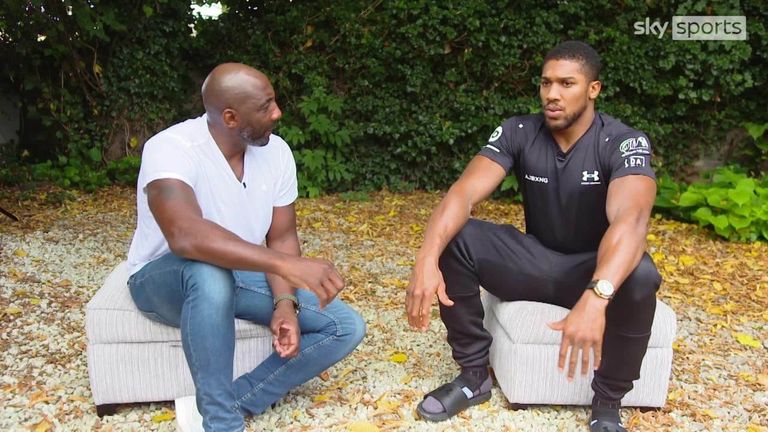 Reflecting on the remainder of his career, Fury said: "I've only got, two, three fights left, because there's no more challenges.

"They've all been beaten. I've got Wilder next and provided I get through that, then I've got AJ."

The two-time world champion also revealed how he battled depression after fulfilling his long-term ambition of defeating Wladimir Klitschko in 2015.

"Before it was like I had conquered the world and it was nothing else that I wanted to do," said Fury.

"When I was only young, Klitschko was a world champion, so I was always looking at him and when I'd completed it, it was game over for me.

"I didn't want to continue, plus I was mentally unstable. Going into that fight, I was very depressed and down, and anxious. I always had that goal of beating Klitschko that kept me on the straight and narrow path, but after that goal was taken away from me, I had nothing else that I could focus on to give me that drive.

"It was like a total downward spiral and I didn't want to live anymore. I was happy to die at 27. I was happy to finish, that was it. Nothing or nobody could bring me back.

"Not my wife and kids. I didn't care. Every day I woke up, I just wanted to die. Only people who have been through depression and all that sort of stuff will understand what I'm saying."

Sky offers support for our viewers on a broad range of topics, including feelings of distress and despair.
Find out more here.