Jamel Herring will defend his WBO super-featherweight title against Shakur Stevenson live on Sky Sports Main Event and Arena from 3.30am in the early hours of Sunday

Shakur Stevenson twice grabbed the world title belt held by Jamel Herring as their face-off threatened to turn ugly ahead of Saturday's fascinating fight in Atlanta.

Unbeaten Stevenson will challenge for Herring's WBO super-featherweight championship, live on Sky Sports Main Event and Arena from 3.30am in the early hours of Sunday.

Herring held his belt over his shoulder and was twice forced to remove Stevenson's hand as his young challenger antagonistically grabbed at it.

The rivals were speaking back and forth as they intensely stared at each other while members of both teams argued loudly.

"These are your last nights with the belt, you're going into retirement," Stevenson's team shouted back at Herring.

The complicated relationship between champion and challenger stems from the gym run by trainer Brian 'Bo Mac' McIntyre, where Terence Crawford trains.

Crawford is Stevenson's mentor and McIntyre is Herring's trainer.

But Stevenson trained under McIntyre, alongside Crawford, for his previous fight with Herring in the same gym. McIntyre is now back in Herring's corner plotting to end Stevenson's undefeated streak. 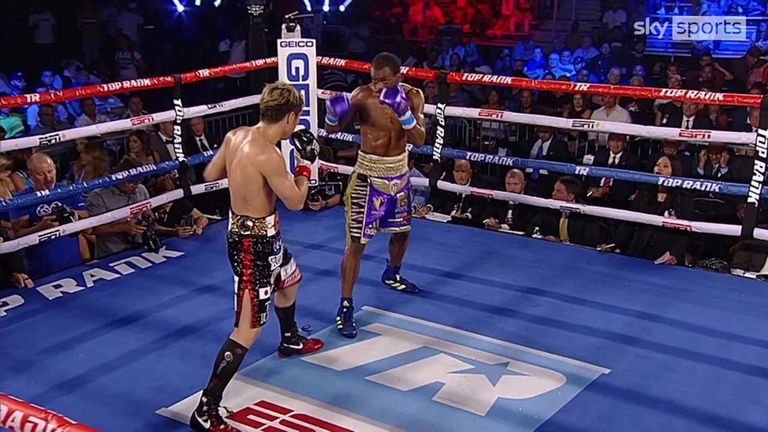 Can Jamel Herring cause another upset?

Stevenson said about his relationship with Herring: "He's not my friend. I don't talk to him outside of boxing.

"If he slips up and makes any mistakes, I am going to capitalise.

"You will see a special night - my coming out party. He said he spoil it? So let's see."

Herring said: "It's not personal. I've heard worse and been through worse.

"We will put our personal feelings to the side and go to battle." 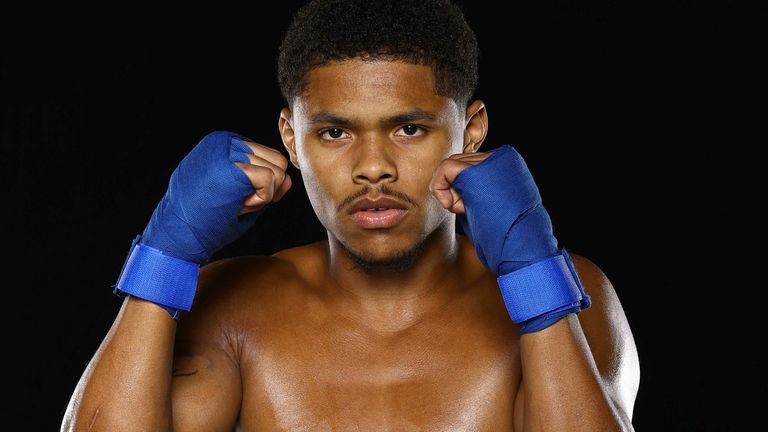 These are Shakur Stevenson's slick skills

Stevenson, aged 24 and 11 years younger than Herring, is unbeaten in 16 fights and is vying for a world title in a second division.

Herring stopped Carl Frampton, and forced him into retirement, in his most recent fight.