Stay up all night on Saturday with Sky Sports Boxing! Richard Riakporhe, Florian Marku and Adam Azim feature from 8pm, then Terence Crawford fights Shawn Porter from 2am 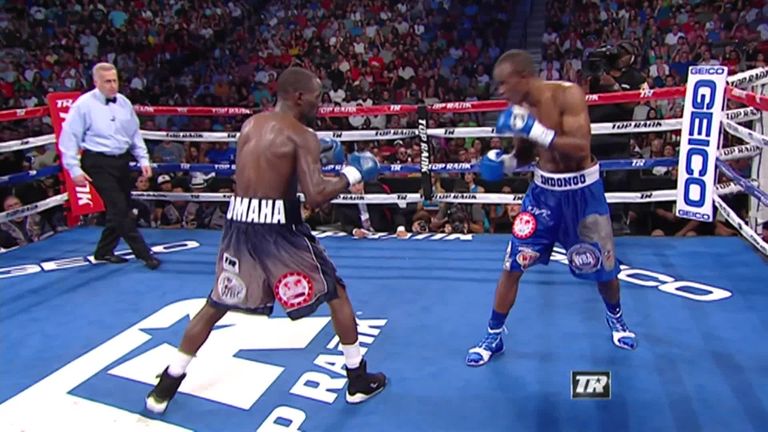 Terence Crawford and Errol Spence Jr have been encouraged to finally stage one of the most in-demand fights in boxing by WBC president Mauricio Sulaiman.

The undefeated American welterweight champions are yet to finally decide who the division's true No 1 is, but Sulaiman has lent the support of his governing body to the fight.

Crawford must first defend his WBO championship in the hardest fight of his career so far against Shawn Porter, live on Sky Sports in Las Vegas from 2am on Sunday morning.

"There is Crawford and Porter fighting on November 20 in a big fight, and hopefully the winner fights in the future with our champion Spence Jr," Sulaiman told Sky Sports.

Porter is a former two-time welterweight champion. He was beaten by Spence Jr in 2019 in a sensational scrap that unified the IBF and WBC belts.

But shortly after that fight, Spence Jr was involved in a horrific car crash which left him in a critical condition.

He recovered to outpoint two-weight world champion Danny Garcia but has since struggled with a serious eye injury.

"I have been in communication with Errol," Sulaiman said. "He is a fantastic human being, a miracle man who survived an accident.

"Now he is having a retina problem and had to pull out of fighting Manny Pacquiao.

"It has been a difficult time for him but he is very strong mentally and physically.

"He has begun training."

Crawford and Spence Jr are regarded as two of the world's top pound-for-pound fighters and a clash between them has, for years, been one of the sport's most anticipated.

Yordenis Ugas holds the only other belt in the division, the WBA title, after he replaced Spence Jr as the next opponent for Pacquiao and pulled off a shock points win.

Crawford teased his rival Spence Jr when he was forced to withdraw from fighting Pacquiao: "Looks like Errol Spence is going to need me after all.

"Don't beat yourself up about it, get well champ."