"This fight is possible - theoretically nothing has changed," Gennadiy Golovkin says about a potential trilogy battle with Saul 'Canelo' Alvarez 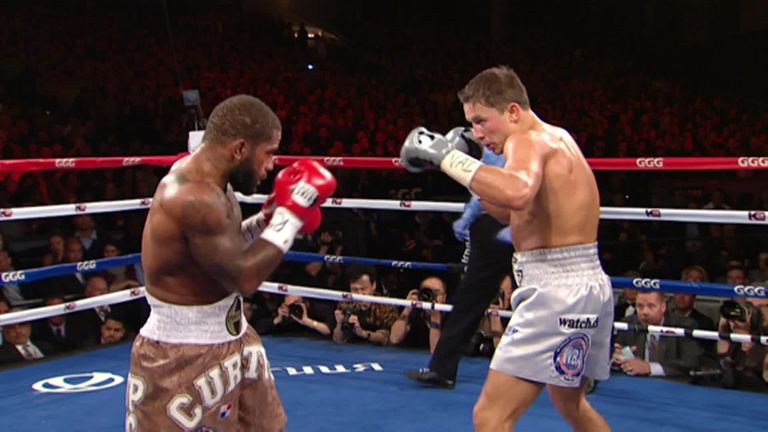 Gennadiy Golovkin has revealed that a third fight has "been posed" to Saul 'Canelo' Alvarez but his questions "remain unanswered" by his bitter rival.

Canelo elevated himself to the feted status as the world's No 1 pound-for-pound fighter by becoming the undisputed super-middleweight champion and beating three previously undefeated titleholders inside a year.

The Mexican superstar is next targeting a belt in a fifth division against WBC cruiserweight champion Ilunga Makabu but one of his in-demand tasks is to finally settle the rivalry with Golovkin.

"This fight is possible," Golovkin told Sky Sports. "Theoretically nothing has changed.

"There are certain questions which have been posed. They are still open, they remain unanswered.

"We have been discussing it but haven't moved towards this fight for quite some time.

"You are interested because he beat all the UK fighters! But it is of no concern to me."

Golovkin and Canelo have fought two classic middleweight battles - the first, in 2017, ended in a draw. The rematch was won by Canelo via majority decision.

Those results are the only blemishes on the fearsome record of Golovkin, who still maintains that he deserved the judges' verdict when he met Canelo for the first time.

"We fought, I know who he is. I don't think about him at all," Golovkin reacted to his rival's rise to superstardom.

"It isn't something I don't give any thought to."

Golovkin, now 39, is set to return to the ring on December 29 in Japan against Ryota Murata in a fight that will unify the IBF and WBA middleweight titles.

The knockout artist from Kazakhstan has held a middleweight world championship in each of the past 10 years but has no interest in following Canelo's example of moving through the weight classes.

"I don't want to entertain moving to a different division unless there is an offer on the table," he said.

"Imagine if I moved to 175lbs [light-heavyweight], the number of people calling me out will increase by 30 per cent!

"The army of fighters who self-promote themselves by using my name would only increase in number."