Adam Azim knocked out Rylan Charlton in the second round to maintain his unbeaten record; the 20-year-old sensation moved to 7-0 for his professional career with another brilliant display of speed and power at Alexandra Palace 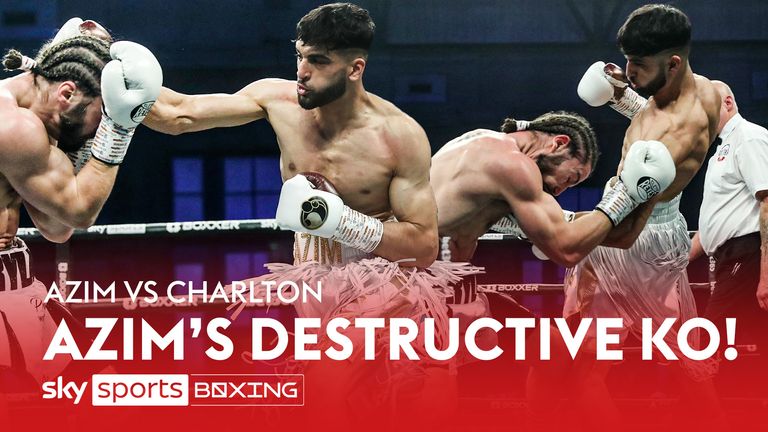 Adam Azim made light work of the toughest test of his career to date with a thrilling second-round knockout victory over Rylan Charlton.

Charlton had been touted as a significant step up for Azim, but the 20-year-old knocked down his durable opponent twice in the first round at Alexandra Palace, before ruthlessly ending the fight early in the second.

Azim moves to 7-0 in his fledgling professional career, with all the fights apart from his debut having ended inside the distance.

The performance will only build further hype around the super-lightweight prospect, with coach Shane McGuigan in the aftermath reiterating his belief that Azim is the most talented boxer he has ever trained.

"This is definitely a big one," Azim told Sky Sports. 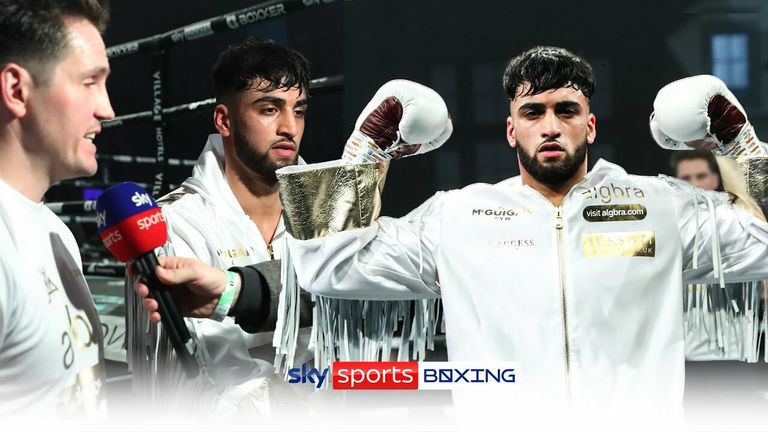 Adam Azim says it feels like a big victory after he passed his toughest test yet beating Rylan Charlton inside two rounds!

"I knew I had him out there in the first round. Shane told me to calm down and let the shot come.

"Obviously I was really eager in the first round but Shane told me relax and I got the shots."

It took Azim less than 30 seconds to send a warning shot, as a right hand knocked Charlton off balance.

He then evaded Charlton's attempts to gain a footing, before a couple of sweetly timed left hands to put the Norfolk fighter on the back foot. Amir Khan thinks that Adam Azim will become one of the youngest world champions if he is managed in the right way.

Attempting to survive by ducking down, Charlton left himself vulnerable to a series of clubbing right hands to the top of his head, that despite not landing cleanly did plenty of damage.

Azim then did eventually land a clean right hook, which sent Charlton to the canvas. He got to his feet with less than 10 seconds of the round remaining, but that was enough time for Azim to land another knockdown with a vicious left hand, with only the bell ensuring the fight continued.

However, the reprieve was only brief, with Azim ending the contest with a brutal right hand over the top 40 seconds into the second round. 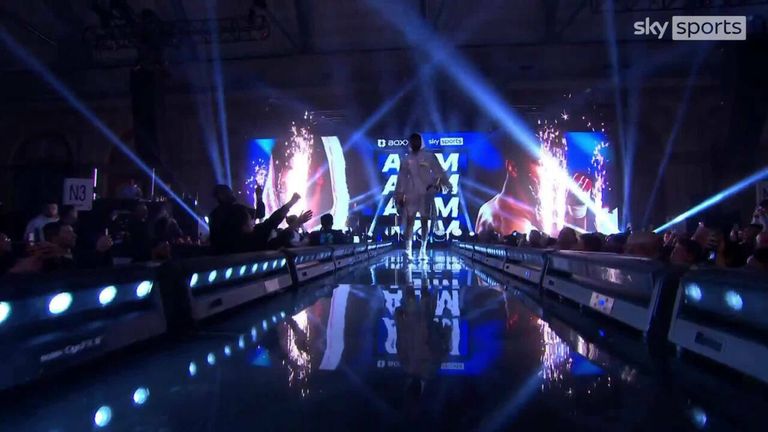 Adam Azim makes a soulful entrance to the ring as he looks to maintain his perfect professional record against Rylan Charlton.

The 20-year-old delivered his trademark backflip celebration, before bending down through the ropes to hug his mother, who he would later dedicate the victory to.

"When I was coming in Shane was telling me to relax the whole time. Because I was really angry - I just wanted to get in the ring and fight!"

What should Azim's next move be?

But he cautions against rushing the talented prospect.

"You don't want to move him too quick, because you can just get beat by someone with more experience," said Khan, who became a world champion at the age of 22.

"Sometimes you need more than power and speed, you need to have the experience under your belt.

"So I think you still have to keep him moving steadily, step by step, and I'm sure he will be one of the youngest world champions if he's managed the right way."