Kell Brook hopes victory over Jo Jo Dan will put him on the path to a mega-fight against Floyd Mayweather or Manny Pacquiao.

The unbeaten 28-year-old will make the first defence of his IBF welterweight title against Dan in his hometown of Sheffield on March 28, live on Sky Sports.

American television network SHOWTIME Sports are also showing the fight and Brook is keen to impress as he stakes his claim for a big-name fight in boxing’s glamour division.

Superstar duo Mayweather and Pacquiao will finally meet on May 2, with the division’s other three world titles at stake, and ‘Special K’ has set himself the lofty aim of facing the winner.

“After everything that’s happened over the last six months, it feels incredible knowing I will be defending my world title in Sheffield,” said Brook.

“I’m not looking past Jo Jo. I know he will bring the heat, but I want to get this mandatory defence done and then target those mega-fights that are out there in the division. I know he feels he worked so hard to get into the mandatory position just like I did, but I will be working twice as hard to keep the belt that I earned. 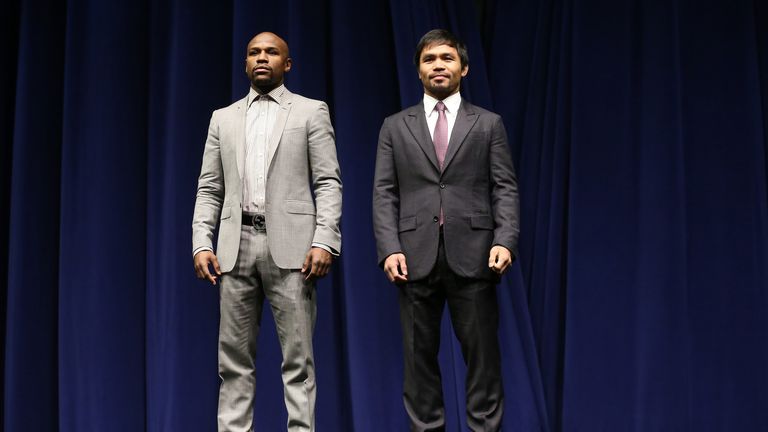 After May 2nd, there will only be two champions in the division - myself and Floyd or Manny. I want to unify this division in style.

“After May 2, there will only be two champions in the division - myself and Floyd or Manny. I want to unify this division in style. I'm coming for them all.”

Dan was impressed with Brook’s title-winning display against Shawn Porter in August, which saw him earn a disciplined points win on American soil.

But the Canada-based Romanian is determined to ruin his homecoming party at the Motorpoint Arena.

“Kell has not fought anyone like me,” said Dan. “I believe in myself and I don't think he can bring anything I can't deal with on fight night. I saw his last fight where he won the world title and it was a great performance, but I just let my team study him in depth and come up with a winning strategy.

“I have waited a long time to get a world title shot so I am determined to take advantage of this opportunity. My prediction for the fight is simple – Jo Jo Dan becomes the new IBF welterweight world champion.”