Sylvester Stallone admits that Manny Pacquiao is still one of his favourite fighters.

The man behind Rocky has been in London this week, promoting the latest boxing blockbuster, Creed.

But when he was asked by Adam Smith and Johnny Nelson to reveal his favourite fighters, Pacquiao was the first name on his lips, despite the Filipino's defeat against Floyd Mayweather in May 2015. 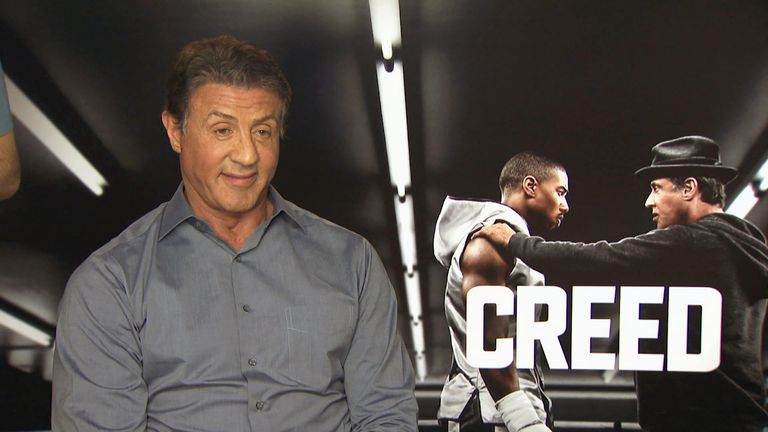 He's a real charming guy to work with but he has got a real temper on him... and I've seen it go! That's what makes him so interesting. He has that volcanic thing going on.

"I still think Manny Pacquiao is a great, great fighter," he said.

"Of course Roberto Duran, I sparred with him and really got hammered by him, really badly!"

Stallone told the audience at Creed's European premiere at The Empire, Leicester Square on Wednesday, that Bellew is a natural actor.

But he also revealed that the British cruiserweight world challenger carries a temper to go with his fighting mentality.

"He's a real charming guy to work with but he's got a real temper on him... and I've seen it go!" said Stallone.

"That's what makes him so interesting. He has that volcanic thing going on underneath but he's also so really nice and humble and very inquisitive.

"He asks a lot of questions and he's looking for pointers and he doesn't have the superiority attitude - at least when he's acting.

"Although I am sure he has got that when he's fighting because you need that. But he has got a gift."

To see Stallone on sparring with Roberto Duran, Sugar Ray Leonard, his love for boxing and of course Creed, click on the video above.