Amir Khan has vowed to "shock the world" by pulling off an audacious upset win over Saul 'Canelo' Alvarez.

The British fighter has climbed almost two weight divisions to face Alvarez at 155lbs with the WBC middleweight belt on the line, and is relishing the biggest fight of his career in Las Vegas on May 7.

Khan admits he cannot afford any defensive lapses against the Mexican star, but insists his hand speed will give him the edge if they trade punches at close quarters.

"It's been tough, obviously, working on these strategies with my trainer Virgil, being more focused, because I know that one little mistake in a fight like this could get me in trouble," said Khan. 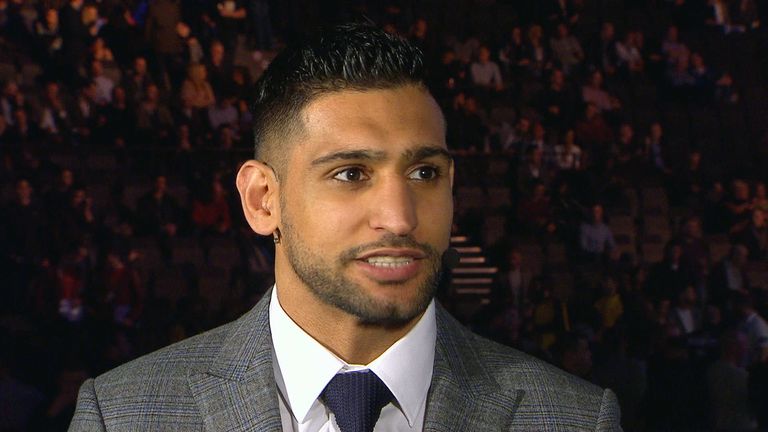 I'm not going to be thinking I'm stronger than Canelo, but I'm going to stand with him and fight with him.

"We're doing everything right. I mean, look, my skills are what's going to win me this fight.  I know I'm not going to be stronger than Canelo in any way.

"I'm not going to be thinking I'm stronger than Canelo, but I'm going to stand with him and fight with him. I think my skills in this fight will win me the fight... I don't think that Canelo's experienced speed with combinations and speed with power.

"I would say I will definitely shock the world come May 7, otherwise I wouldn't take the fight."

Floyd Mayweather is the only man to record a win over Alvarez, but Khan is reading little into this points defeat as he believes the 25-year-old has learned from his mistakes.

"I think since Mayweather beat Canelo, Canelo is a better fighter.  I've been watching his fights, and I think he's improved a lot as a fighter.

"So really I'm just going to have to beat the Canelo who is going to be in front of me.  I know he's going to be changing his style a lot, but whatever Canelo brings we can have answers for."