Whyte and Chisora had to be separated by security on Thursday at Sky Sports studios, ahead of the December 10 Box Office event where they will fight on the undercard of Joshua's world title defence against Eric Molina.

The IBF champion, Joshua, beat Whyte in a bad-tempered clash last December, but praised his former foe for an entertaining build-up to the fight against Chisora. 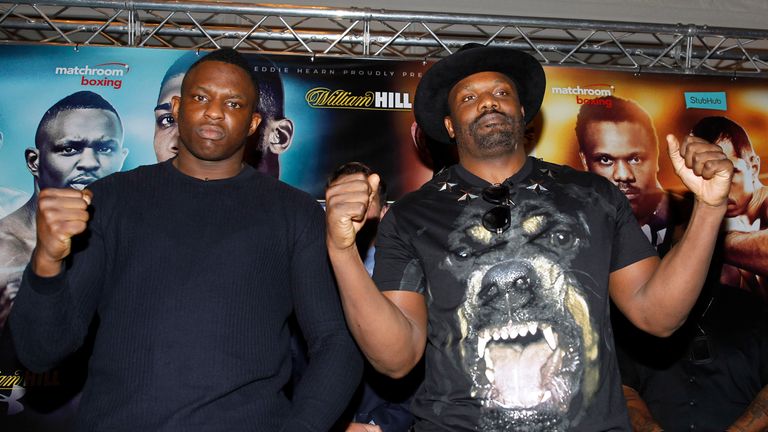 You put two aggressive lions in a room, someone is going to come out defeated, and someone will come out a winner.

Asked if he was worried that Whyte-Chisora may steal the show, Joshua told Sky Sports News HQ: "Let them steal it! Listen, they deserve it. This is what people want to see.

"You put two aggressive lions in a room, someone is going to come out defeated, and someone will come out a winner.

"If they can provide it, then take all the limelight, man! Because I'm here to stay, I'm not here for a short time."

Joshua confirmed he would watch Whyte vs Chisora, saying: "If I don't catch it, I'll definitely watch it on the way home - still carrying my belt."