Gerald Washington has warned Deontay Wilder to take his threat seriously or lose his world title.

The Californian heavyweight will challenge the 'Bronze Bomber' for his WBC world title in the early hours of Sunday, February 26, live on Sky Sports.

Washington got his chance at short notice but is confident he can cause a major upset, especially if Wilder under-estimates him.

"If Deontay showboats in the ring with me, I'm going to hit him in his mouth," he said.

"Deontay better take me seriously, because I am real and I'm coming. 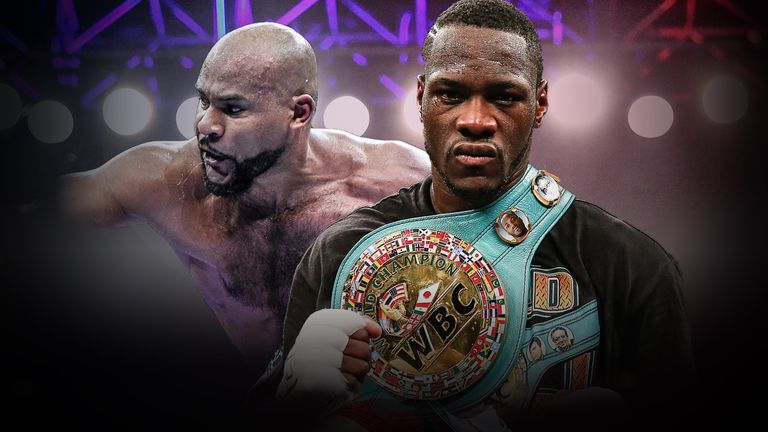 Deontay has his opinion on if I'm ready, but everyone has certain tests in life they have to pass. I'm ready to test myself against the best.

"I have so much to fight for and to push me and drive me towards my goal. If I focus on those things, it'll give me everything I need to keep pushing forward.

"I'm not worried about Deontay's knockouts. I'm going to take care of my business. I know what my job is and what my goal is. I'm putting my head down and getting to work."

Washington was confirmed as the WBC challenger just over three weeks before the Alabama date, after initial opponent Andrzej Wawrzyk failed a drugs test.

"This fight came at the perfect time for us," he said.

"We're looking forward to the opportunity to compete. We're always ready. This is our life and we love to be here.We have more than a puncher's chance. We do a lot of different training, drills and mental work to get ready for this fight.

"Deontay has his opinion on if I'm ready, but everyone has certain tests in life they have to pass. I'm ready to test myself against the best."

Watch Deontay Wilder vs Gerald Washington, from 1am, on Sunday, February 26, live on Sky Sports 1.