Sky Sports expert David Coldwell expects Tony Bellew's next opponent to be either Andre Ward or David Haye, but readily admits that both options come with their drawbacks...

Tony has options available and is not afraid to fight anyone, but it's all about picking out the best option for him.

He is looking to close out his career with one or maybe two more fights so you want to make the right decision. Is that to fight for the heavyweight title against Joseph Parker? Take the Haye rematch to again prove those who won't give him credit wrong? Or face one of the pound-for-pound best in Ward, which is a huge challenge?

Ward has piped up out of nowhere after the Sergey Kovalev win, saying he would come up to cruiser for a fight with Tony and, if the money is right and it makes sense, then we take it - but is it bigger than the Haye fight? If we can get that same money that Tony can get in his other options, then we fight Ward. 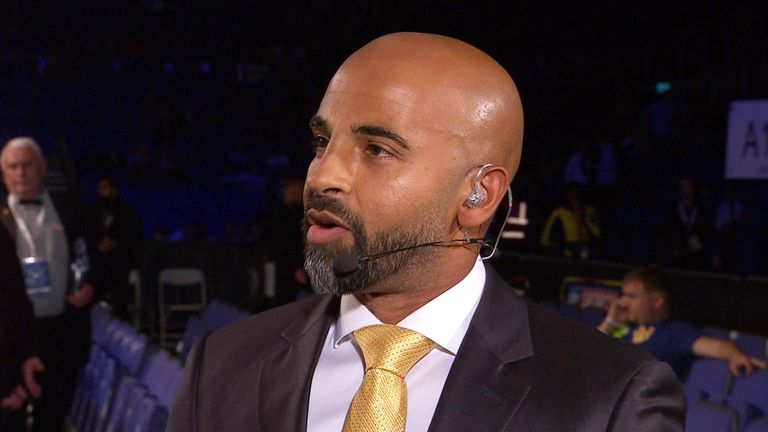 Ward is fantastic no doubt but Bellew can beat him. We know it is a tough fight against one of the most skilful boxers, but we believe he is beatable.

Say what you want, Ward is getting hit these days and Kovalev was hurting him in there. People will say that Kovalev hits harder, but Tony has grown into cruiserweight and is a big, strong puncher at the weight - there is a big size difference there.

Ward is fantastic, no doubt, but Bellew can beat him. We know it is a tough fight against one of the most skilful boxers, but we believe he is beatable.

Although Haye is getting fitter and stronger every day, you won't know whether he can fight again until it comes close to the crunch, after a long hard camp of training. I don't think his body will be any better than it was in the first fight.

The thing about Haye is that when he got beat, he stood in the ring, acting all humble and said: "I'll just have to hope Bellew will give me a rematch, he had to take short terms and now I will do the same." We have put that to him, the same deal - 'there you go'. He is stalling, not us.

For all the humble antics in front of camera, he still thinks he is the top dog. If the fight doesn't happen it's not because Bellew doesn't want it or is scared, but why should Bellew take the short end? If the fans want it and it makes sense, we go again, and Tony beats him again.