Anthony Joshua has received an offer from Deontay Wilder, confirmed as a 50-50 split with a guarantee of $50m, and has been told to respond by midnight on Thursday.

Joshua, trainer Rob McCracken and promoter Eddie Hearn received emails sent directly from the Bronze Bomber's personal address, with his co-manager Shelly Finkel subsequently confirming an offer had been made.

Wilder also made an offer on Instagram and Joshua immediately responded saying he would accept if it was £50m.

In an exclusive interview with Sky Sports, Finkel confirmed a take-it-or-leave it $50m (£35.9m) offer had been made, with a deadline of "close of play on Thursday" (Friday 12am UK time).

Finkel told Sky Sports the money and the deal is in place.

"We want [Joshua] to fight Deontay in his next fight and we offered him $50m," he told Sky Sports.

"If he accepts it, it will be there. Al Haymon and I have never not delivered what we've offered. 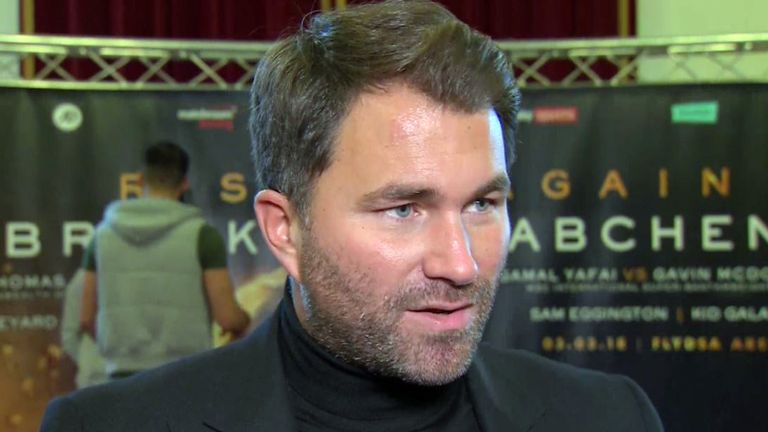 If they actually send some formal paperwork and a contract along with further details on how this money will be secured, we will definitely have to take this seriously.

Wilder's offer will also give him and his team control over the show and the venue, but Finkel admitted that if Joshua does agree, the showdown does not have to take place in America. 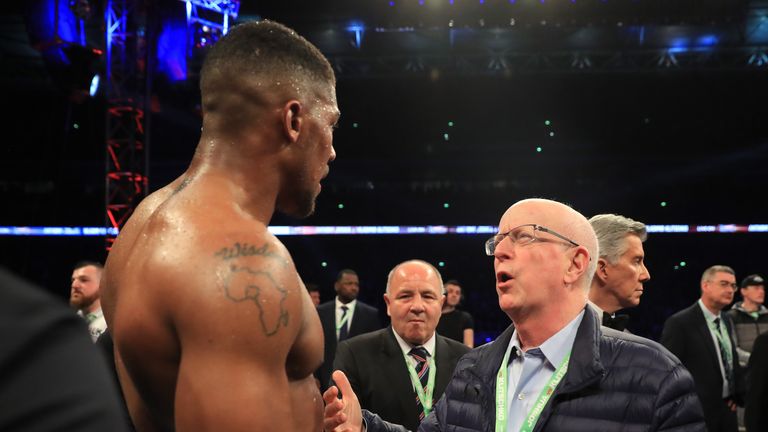 If he accepts it, it will be there. Al Haymon and I have never not delivered what we've offered

Hearn has revealed that the date mentioned is "between September and December" this year.

Joshua's promoter, who is in New York for a Matchroom Boxing USA card in Brooklyn, suggested the offer was a "great PR stunt" but with the two promoters due to meet on Friday, he is now taking it seriously.

"We got an email from Deontay Wilder's personal email address offering us a 50-50 split with a guarantee of $50m," Hearn told Sky Sports.

"He said that in an interview Anthony said, 'give us £50m and we will sign tomorrow'. They have asked us to give them written acceptance of the deal by tomorrow.

@anthony_joshua Mate! I sent this personally this time just so there’s no miscommunication. Tell @eddiehearn to let you personally check his email this time. Btw I sent Your manager Rob McCracken the email as well. I’m looking forward to our meeting in the ring #KingVs#King #BombZquad #TheRealestChampionInTheBusiness

"With all due respect to Deontay Wilder, I don't believe he has $50m. However, if they actually send some formal paperwork and a contract along with further details on how this money will be secured, we will definitely have to take this seriously.

"We have a meeting on Friday, so let's see how real this is."

If both parties come to an agreement, all four major world titles will be on the line with the winner becoming the undefeated, undisputed heavyweight champion of the world.

Hearn has already been in discussions with the team behind WBA No 1 challenger Alexander Povetkin, although Finkel has dismissed rumours that his man has signed to face Dominic Breazeale, who lost to 'AJ' in 2016, next.