Anthony Joshua against Deontay Wilder remains a key fight in the debate about the world's best heavyweight and Oleksandr Usyk has more to prove, says Sky Sports expert Carl Froch.

It would be good to see Joshua fight Wilder, that remains a decent match-up, even though Wilder was outclassed by Tyson Fury. I still want to see that fight. It would be a measuring stick to see where Joshua is - and it would be a good test to show that he can beat Wilder as well.

A win for Joshua over Wilder builds the Fury fight even bigger. At the moment, Fury seems to be top dog after taking the WBC title from Wilder. They are going to meet again in a third fight and both will remain big names afterwards, regardless of the result. Why not put AJ against Wilder at some stage and really show that Joshua means business.

There's a good crop of heavyweights at the very top. You might also see Dillian Whyte taking on Wilder and then he could target the Anthony Joshua-Tyson Fury winner.

We need to see Whyte back at his best, because he wasn't in peak condition for his win over Mariusz Wach in December. We've seen him looking good beforehand, particularly against Oscar Rivas, I was impressed with that, and his victory over Joseph Parker. Whyte is definitely in the mix, but he just needs a really big fight. He's beaten everyone they've stuck in front of him, apart from AJ, but that was early on, so you've got to put Dillian up there. 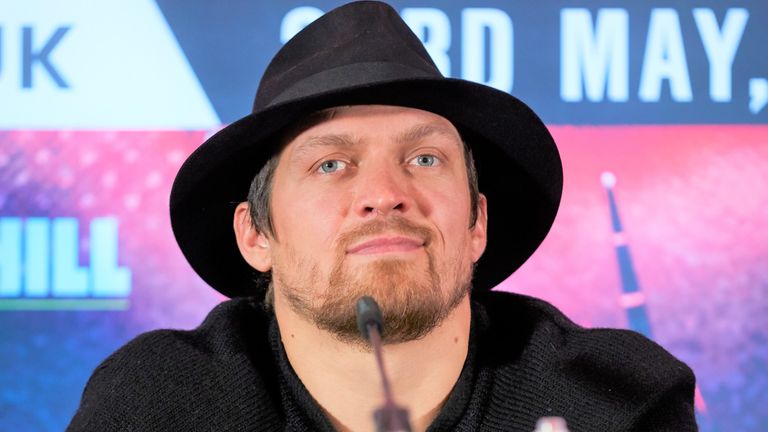 He boxed that journeyman in his first fight in the division and I wasn't really impressed.

You've got to have Andy Ruiz Jr in the top five, because he firstly defeated AJ before losing to him. His only previous defeat was against Joseph Parker on points. You cannot say Daniel Dubois yet and I've got my reservations about Oleksandr Usyk, just purely because he's not a natural heavyweight and he's not beaten any of the big names. He boxed that journeyman in his first fight in the division and I wasn't really impressed. He did what he needed to do, but his opponent was hapless.

Fury is just in front of Joshua in top spot. Part of my reasoning for this is because he was lineal champion, beating Wladimir Klitschko a few years ago to become champion and never lost the titles in the ring.

He came back when everybody thought he couldn't beat Wilder and I thought he won the first fight, even though he got dropped. The rematch was so one-sided, so conclusive, and I just think you've got to put him at No 1, above AJ.

It's him and AJ, one and two, and if you think to yourself, logically who wins between AJ and Fury? I think most people, the general consensus would be that Fury wins that one, but the only way to end any debate would be to see them share the ring.