Tyson Fury's denial of glove tampering claims has received the backing of WBC president Mauricio Sulaiman, who described the allegations as "ridiculous".

Britain's WBC heavyweight champion issued his response on Monday after Deontay Wilder's brother, Marsellos, suggested on social media that Fury had inflicted injuries in the February rematch that could not have been caused by a glove.

Fury, who completed a seventh-round stoppage in Las Vegas, said on Instagram: "I've just read an article before saying that I might've had some blunt objects in my gloves? Yeah, two big 19 stone 7 - 275lbs destroyers in each glove.

"So yeah, getting punched up the temple may do that to you.

"Not unless Deontay Wilder's own trainer Jay Deas was in on the conspiracy as well, along with all the Las Vegas State Commission guys who never left the room

Sulaiman has voiced his support for Fury, insisting that both fighters would have been closely inspected by officials, before and after the first fight and the rematch.

"It's ridiculous," Sulaiman told Sky Sports. "It's difficult to understand. 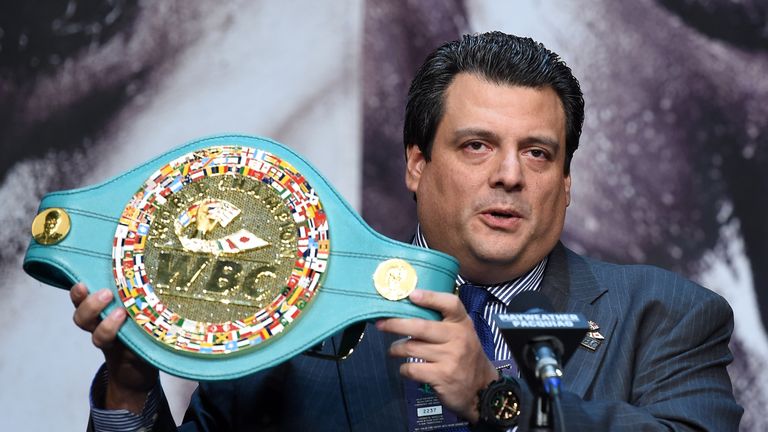 At no moment, in either fight, I saw anything that would look suspicious whatsoever.

Fury is set to face Wilder in a third fight before the end of the year, with his UK promoter Frank Warren expecting a decision "fairly soon" on a date and a venue.