World heavyweight title holders Joshua and Fury have agreed financial terms to meet in 2021 to decide an undisputed champion.

Hopkins told Sky Sports' Toe 2 Toe podcast: "The heavyweight division was asleep for a decade until Deontay Wilder, Joshua and Fury surfaced. Four or five other names are knocking on the door to be threatening contenders. 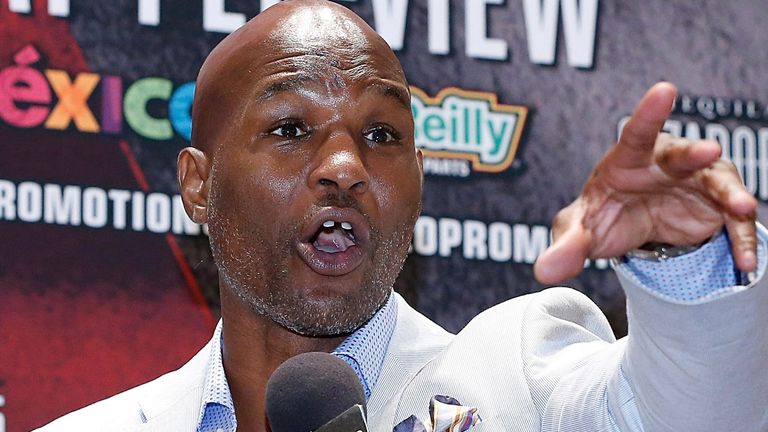 It will be an interesting, exciting five or six rounds at the beginning. Then Joshua's athleticism, boxing IQ and experience would overwhelm Fury.

"But let's just deal with those three right now.

"Joshua vs Fury is a fight that both guys could win or lose. I like Joshua to be tested, to get his feelings hurt early - that might be a knock-down but he will get up.

"Because of the lesson that he learned being, not unprepared, but overconfident he paid a big price. He redeemed himself.

"Now that is in his memory - what not to do ever again - Joshua beats Fury by knockout late.

"It will be an interesting, exciting five or six rounds at the beginning. Then Joshua's athleticism, boxing IQ and experience would overwhelm Fury.

"Joshua would come out of a dust-storm based on his experience.

"At this point he has to make a really serious statement based on [the Andy Ruiz Jr loss]. Redemption.

"This fight is Joshua's stamp of approval of being great. He's not there yet. He is in legacy building mode."

Brad Jacobs, an executive from Top Rank who promote Fury in the US, told Sky Sports: "It would be a huge fight in Britain for obvious reasons. But a heavyweight championship fight in the US is a big thing.

"Certainly Fury's second home is Las Vegas. All of his recent fights have been there. He has a tremendous following in the US with [American TV] pushing him and making him a star.

"Fury is better known in the US than Joshua. But there is time for Joshua to make a name for himself before this event takes place.

"It doesn't hurt for either guy to continue to build their profile before this fight. They are each huge names across the world. The bigger and better that becomes, the better it is for everybody."

Joshua's promoter Eddie Hearn previously told Sky Sports: "From a common-sense point of view and without knowing how a deal works, everyone will say Britain is the place to hold the fight.

"But it is the world heavyweight championship - there will be all sorts of offers from across the world, and there have been already.

"The venue is another obstacle to overcome."