Michael Hunter says Tyson Fury knows the real outcome of their amateur fight and has also revealed his rare stoppage win over Andy Ruiz Jr in the unpaid ranks.

The American heavyweight insists he was on the receiving end of a harsh decision when he fought Fury during an England vs USA competition, based in London in November 2006.

Fury, who had suffered a loss to David Price earlier that year, emerged with a points victory, although he and Hunter have given differing accounts of the fight on social media.

#GYPSYKING age 17 young handsome rouge, @parisfury1 remember me like this?

"All through the amateurs, everybody up in the ranks right now, they all know me," Hunter told Sky Sports.

"The only one that might say I had a tussle with was Tyson Fury.

"Even back then, I didn't really see it as like I took an L, because when it comes to the fighting, the scores make the difference, but when it comes to actual fighters, he knows that I got one over him. That's all I need him to know.

"But everybody from Deontay Wilder, Andy Ruiz, Tyson Fury, Charles Martin, you name it. They all know my name and they've been hearing my name for a long time and they know that I'm a serious problem. I could step in there right now and beat any one of them."

In October 2007, Hunter entered the World Amateur Championships in Chicago, and was part of a weight category that included Price, Kubrat Pulev and Ruiz Jr.

Hunter would defeat Ruiz Jr, forcing the referee to stop the contest in the third of four rounds after opening up an unassailable lead of over 20 points.

"We drew each other very early in the tournament and I ended up stopping him on a mercy rule," said Hunter.

"I actually didn't hurt him. He's very durable. He has a great chin, good boxing IQ, good eyes, and he moves well for his size. But I'm a little more fleet-footed, my punch count is just too much for him at that time."

"I don't think Andy has the time to mature. I think he has to change now"

Hunter was defeated by Russia's Islam Timurziev, the eventual bronze medallist, while Price and Pulev were beaten by Italian Roberto Cammarelle, who claimed gold.

He turned professional after being eliminated from the London 2012 Olympic Games by Artur Beterbiev and has racked up six wins and a draw at heavyweight since his sole defeat, a points loss to Oleksandr Usyk in a WBO cruiserweight title fight. 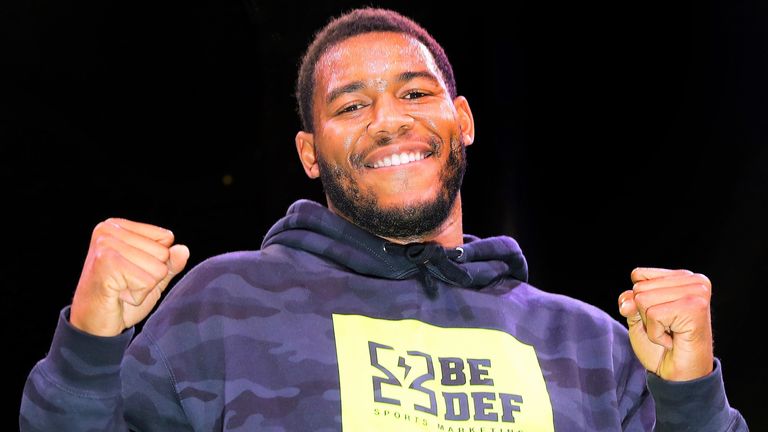 I feel like I'm the best in the world.

The 32-year-old, who battled to a draw with Alexander Povetkin in December, hopes to return in September.