Saul 'Canelo' Alvarez vs Jason Quigley? Irish contender who has out-run a bear up a mountain set for huge opportunity

"I have the power to hurt anybody. Put two or three together and you put a man on the canvas easily"

Saul 'Canelo' Alvarez’s search for an opponent to fight in September may lead him to Jason Quigley - the Irishman left an intriguing hint on social media on Wednesday night.

Ireland 🇮🇪 Vs Mexico 🇲🇽 let’s get it on 🥊🔥 @GoldenBoyBoxing https://t.co/vuIrLrVAw2

Sky Sports was told there was a "very good chance" of Canelo facing a Brit - WBA super-middleweight champion Callum Smith and John Ryder remain on the short-list - but the opportunity to face the Mexican superstar may go to Quigley.

Quigley and Canelo share a promoter, Oscar De La Hoya's Golden Boy, smoothing over the process for the contender from County Donegal to receive this huge chance.

As well as the Brits Smith and Ryder, Sergiy Derevyanchenko was mooted as a possibility but will reportedly instead challenge Jermall Charlo.

Quigley became the first Irishman to fight for a world amateur championships gold medal and accrued a 241-9 record before turning pro by joining Golden Boy in the US.

He once told Sky Sports about facing Chris Eubank Jr: "You're looking at the winner.

"If I'm told that I'm fighting Gennadiy Golovkin, I've got 100 percent confidence that I'll take him apart because I've got inner-confidence, belief in myself, and I know the work that I go through.

"I'll give any man that gets in the ring with me a hell of a fight.

"Watching Eubank Jr against 'Spike' O'Sullivan? I want that fight.

"I have the power to hurt anybody. Put two or three together and you put a man on the canvas easily."

In 2016 he told Sky Sports: "At the end of 2017, I want the likes of Golovkin, Canelo and Daniel Jacobs - they have the belts now, but a lot can change. My goal is to have the world champions knowing who I am, and having a fear of me. I want them to know I'm on their tails, clipping away at their heels, coming for what they have."

World title dream was dashed once before

Quigley told Sky Sports last year: "It was close, that I got that excited, that I got my flights booked first class to Tokyo to go and announce it for a press conference. It was Ryota Murata, the WBA world champion."

Murata holds middleweight gold and his superstar status in Japan has tempted Canelo to fight him in the Land of the Rising Sun.

"I was going into his backyard in Tokyo to announce it in a big press conference," Quigley said. "I got my flight details and everything sent to me.

"Things got a little complicated, it fell through.

"But that's life isn't it, we get thrown these hurdles in life and it's the way we react to them.

"I was grateful, I suppose, of being mentioned so early in my career for a world title shot. It's on the horizon, it's just a matter of time." 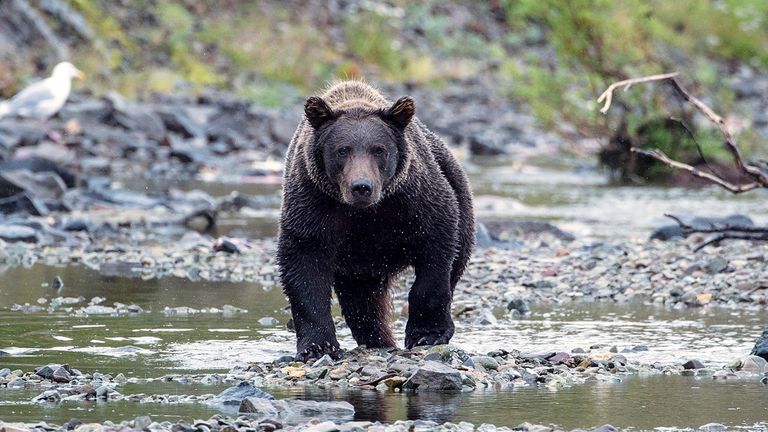 There's a mountain over here and we trek up and down it. The time before last I was up there and there was actually a bear not too far from us. I think I ran a personal best that day! I wasn't too sure about going back up there but it's a great run!

Jason Quigley on starting his career in Los Angeles

Quigley suffered an unforeseen stoppage defeat to underdog Tureano Johnson almost a year ago to the day, on July 18 2019, at which point a fight against Canelo seemed a world away.

His trainer Dominic Ingle threw in the towel after nine bad rounds and Quigley's 15-fight undefeated record disappeared, while he also lost his No 5 spot in the WBC rankings.

Quigley is now trained by fellow Irishman Andy Lee who also suffered a shock defeat in his 16th fight but recovered to become a world champion.

Quigley told Sky Sports about his loss: "There was just something not right.

"I was maybe a bit mentally burned out from the boxing side of things, being in Sheffield [with trainer Ingle] kind of killed me.

"Now I'm back in Dublin closer to home, working with Andy Lee, I have that nice balance. With Andy, the spark is back and I'm born again. He's young, fresh and only retired a few years ago, he has the same spark to succeed, we gel and want to make something special.

"A lot of the middle and super-middleweights - Canelo, Andrade, Golovkin, Smith, Saunders, Jacobs - are all in and around the same TV and promotional outfits, so these big fights can and will get made."

Quigley has responded with two knockout wins since losing and is now ranked No 14 by the WBC who regard Canelo as their 'franchise' champion.

Canelo determined not to waste time

One of US-based boxing's biggest stars, Canelo has "big concerns" about fighting behind-closed-doors in September but is willing to press ahead to avoid spending too much time away from the ring. He last beat Sergey Kovalev in November.

Golden Boy president Eric Gomez told Sky Sports: "Soon he will make a decision - does he want to fight without fans or wait until there is some sort of normalcy again?

"Canelo is a young man in his prime years and he wants to take advantage of the fact that he can still fight at a high level. To take a year off would be very damaging in his prime. That is the motivation.

"But some really good fighters are available to fight Canelo in September and that's what we are working on now.

"We're talking to him and presenting different ideas for him to be able to fight in September."