Chris Eubank Jr on Mike Tyson and Roy Jones Jr: "They would still beat a lot of pros." The ring legends will share the ring in an exhibition bout this weekend

By James Dielhenn and Richard Damerell

Mike Tyson and Roy Jones Jr would still beat a lot of professional fighters, says Chris Eubank Jr who has helped one of the former world champions prepare for this weekend's exhibition bout.

Britain's WBA interim middleweight champion has linked up with trainer Jones Jr earlier this year, but is now helping the 51-year-old sharpen his skills before sharing the ring with the 54-year-old Tyson.

Stay ready so you don’t have to get ready! pic.twitter.com/NXC0KG80j7

"Obviously he's not in his prime, he's not able to do the things he was able to do when he was a world champion and that's why it's eight two-minute rounds, because at 50-years-old you do lose your attributes, but they would still give a lot of people a run for their money.

"They would still beat a lot of pros, that are professional right now I think, just because of their knowledge of the game, their physical attributes.

"They are still very effective fighters. It's going to be very interesting to watch."

The California State Athletic Commission had previously confirmed Tyson and Jones Jr would not be allowed to KO each other and no official winner would be announced.

But those rules have been disputed by Triller, the entertainment platform broadcasting the bout in the US.

Asked about a no knockout rule, Eubank Jr said: "It's a physical impossibility. If somebody gets hit hard then they are going to go down. 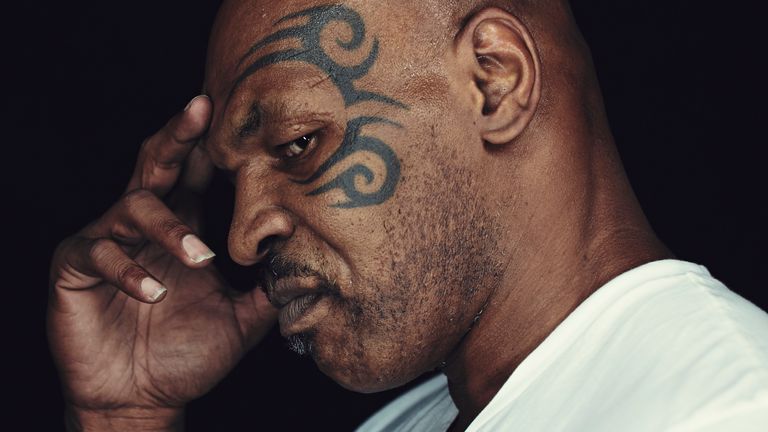 You've got two world champions, two icons, two very proud men, and they're not going to want to take a step backwards.

"They've been doing this their whole lives and they've been taught to attack, to be world champions.

"As soon as the first punch is landed, then it's all out the window. It doesn't matter what the rules are. It's going to go down, I believe.

"You've got two world champions, two icons, two very proud men, and they're not going to want to take a step backwards."

Valrice Cooper, the co-trainer of Jones Jr, revealed how Eubank Jr has benefitted from training alongside the boxing legend.

"Eubank is learning a lot," said Cooper. "He's learnt a few tactical things from Roy that's going to carry him a long way. I've watched him spar day in day out; I love watching him spar.

"Eubank will get the respect he deserves in the future and he will one day be a great champion. I think he's capable of hanging with the best and he's improving and he's growing into the sport.

"And he will find himself in one of the biggest fights of these times, whether that's with Canelo or a Charlo brother, he's showing the improvement that suggests he's ready for them."