Raphael Akpejiori on Tyson Fury: "If he wants to come to Miami to spar, he is guaranteed to have high-quality sparring"; The Nigerian heavyweight targets his 10th straight knockout this Saturday

Raphael Akpejiori says his "devastating" power would make him an ideal sparring partner for Tyson Fury, who is planning a world title fight with Anthony Joshua.

The Nigerian heavyweight contender has knocked out all eight of his opponents and will attempt to continue his destructive record against Joshua Tuani in Miami on Saturday.

Fury recently headed to the Florida resort, Akpejiori's training base, and the towering 6' 8" tall fighter believes he and gym-mate Christian Thun can help the WBC champion prepare for Joshua's concussive punches.

"We have Christian here. We have Ivan Dychko here. At some point, we had Bakhodir Jalolov here. We had Filip Hrgovic here, Cassius Chaney here.

"If he wants to come to Miami to spar, he is guaranteed to have high-quality sparring. It would be a great place for him.

"If he wants to fight someone with devastating knockout power and he wants to prep for that, then he is going to have to come spar with me and with Christian, or the other heavyweights that are here. Especially me.

"It's a great place for him, he should consider it."

Akpejiori has sharpened his explosive shots in sparring with Thun, another Florida-based prospect, who traded punches with Joshua ahead of the world champion's knockout win over Kubrat Pulev.

"He sparred with Joshua, a few months ago before Joshua's last fight," said Akpejiori. "I spar with him as often as possible.

"We've talked about the guys who have sparred him (Thun), their tendencies, their weaknesses and their strengths.

"He said AJ was a very athletic guy, who throws punches in combinations. He's not a guy who will just throw a one-two, he's a guy who will throw one-two-three-four.

"He thinks very highly of AJ. Anthony Joshua is a guy that you would learn a lot from in sparring.

"About Fury and Wilder, he has talked about them also. Wilder is a guy who throws bombs and no matter how far away he is, he's closer than you think. Fury is more of a pot-shotter, he knows how to use the ring.

"These are the levels of sparring that I'm trying to tap into with Christian. He's seen that level and every time I spar with Christian, I try to bring myself up to that level where I can extract the experience he has from multiple training camps."

Trainer Glen Johnson, a former world champion, has been refining the raw attributes of Akpejiori, who is yet to be extended beyond the second round. 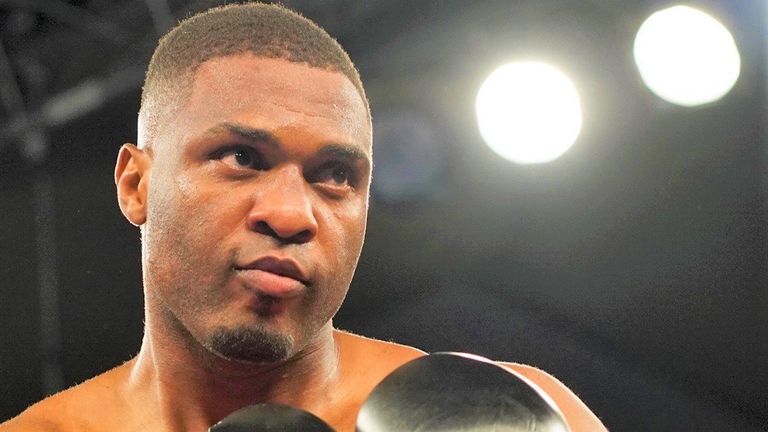 Even though they come to see a boxing fight, they want to see someone get laid out.

"Knockouts is what people come to see," said Akpejiori. "Even though they come to see a boxing fight, they want to see someone get laid out.

"That's something I'm good at and I've always been good at doing.

"For me to get to that next level, the Anthony Joshua level, Tyson Fury, Deontay Wilder and Oleksandr Usyk level, I really have to learn how to box in a very hostile situation and possibly get the knockout, but get to box and show a lot of maturity through a whole 12-round period.

"If the knockout comes, perfect. It always comes to me in spectacular fashion, but the goal is to develop and grow as a boxer with each fight."