Jake Paul previously told Sky Sports: "That's what I do - I shock the world every single time. Explosive, electrifying, quick. A boxing clinic, for real. It will be a boxing clinic - you will see me pick apart a UFC striker." 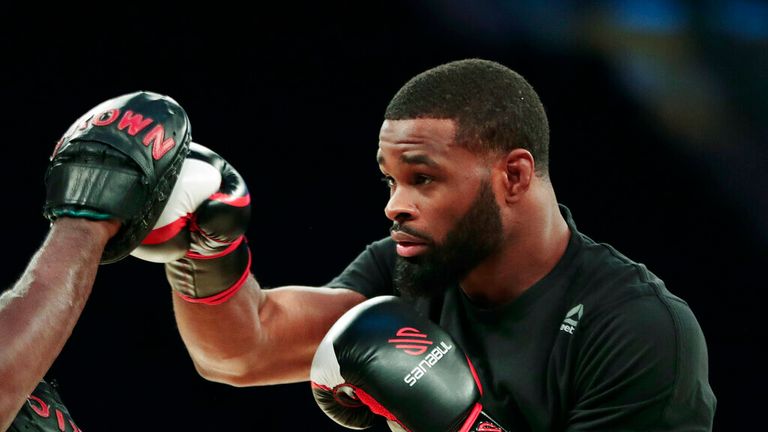 Jake Paul's choice of opponent has been criticised by UFC president Dana White who delivered a scathing reminder that Tyron Woodley has not won a fight since 2018.

YouTuber-turned-boxer Jake Paul will return to the ring on August 28 for what should be his sternest test so far against former UFC champion Woodley.

White said: "Woodley is [39] years old, okay? He hasn't won a fight in three years in something he's actually supposed to be good at!

"How do you sell that fight? Lots of other things other than [stuff] that matters.

"Jake Paul will say mean things about me!" 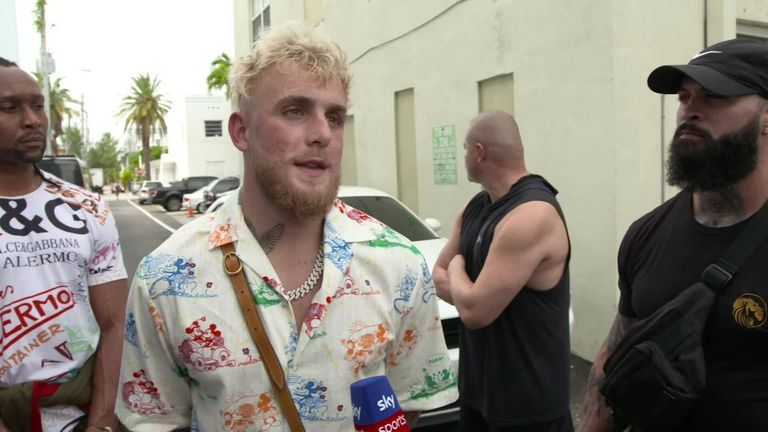 Woodley last won a UFC title fight against Britain's Darren Till in 2018 and has since lost four fights in a row and was released by the company.

The mixed martial arts fighter will make his boxing debut against Jake Paul, who has won all three of his previous fights by knockout.

Jake Paul told Sky Sports after a spiteful first face-off with Woodley: "I can't wait, this is what I do now. I'm active. I can't wait to put on a show and shock the world again.

"That's what I do - I shock the world every single time.

"It will be a boxing clinic - you will see me pick apart a UFC striker."

He said about knocking out MMA fighter Ben Askren in one round: "It was a statement. I didn't get to show what I was capable of.

"He underestimated me, like all of these guys do.

"Tyron has no idea what he's getting himself into. He is playing catch-up. 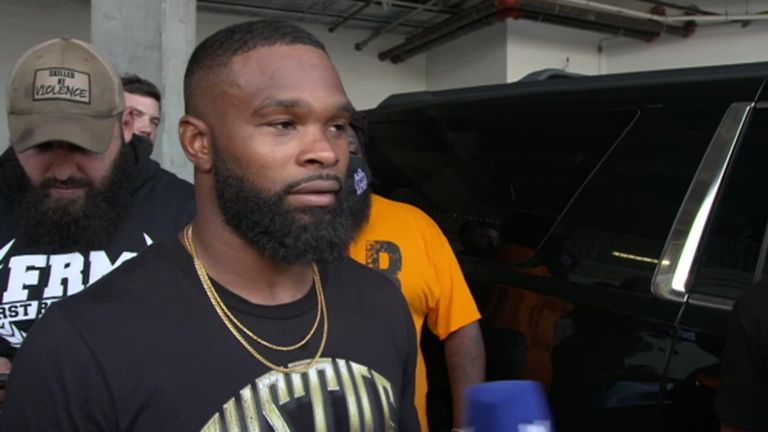 Woodley told Sky Sports that he plans to knock Paul out

Woodley told Sky Sports about Jake Paul's previous win: "It was a good performance. It wasn't long, we didn't see much, but he can box.

"People that want to see him silenced? They will smile."