Anthony Joshua plans to 'explode' at Oleksandr Usyk with size advantage and warns: 'You aim to knock people out' 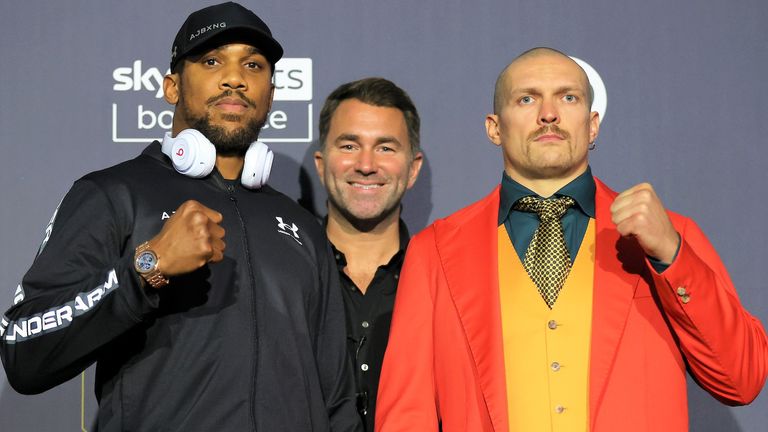 Anthony Joshua has said "I can out-box him" and "out-strength him" in an indication of how he intends to solve the complex challenge of Oleksandr Usyk.

Joshua's IBF, WBA and WBO heavyweight championships are up for grabs at the Tottenham Hotspur Stadium on Saturday night, live on Sky Sports Box Office.

Usyk had said "I think, at first, it will be like chess" but Joshua has responded with a resounding reminder of his superior size and power. 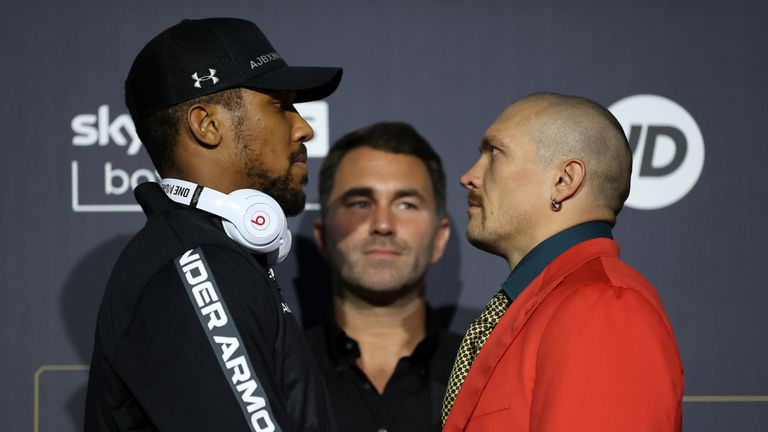 "You always aim to prepare for a 12-round fight but hope to cut it short - you aim to knock people out," he told Sky Sports.

"You learn where their strengths are, where their weaknesses are. He has good stamina. So we work around, not just losing weight, but rounds of sparring and rounds on the heavy bag to generate good stamina.

"We build boxing memory in our muscles so they don't get fatigued when they are exploding on the opponent's body and face."

Usyk's switch from the cruiserweight division, his southpaw stance and his undefeated record makes him a fascinating test of Joshua's credentials. 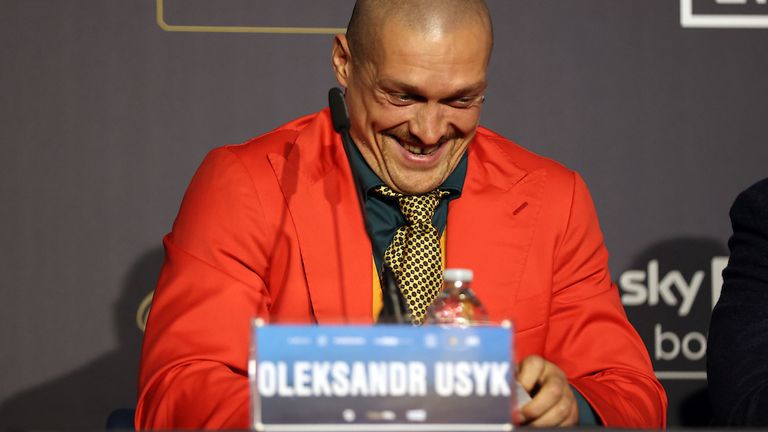 Joshua hinted at his game-plan: "I can out-box him, of course I can. And I can out-strength him.

"You have to have a bit of aggression, boxing skill, head movement. There is not just one factor that determines a fight.

"Obviously we have our go-to - our strength. I will use my strengths.

"But it's called a boxing match for a reason. I love the sweet science. I will display my boxing skills, but I won't make it too complicated in there."

Asked if the fight will be determined in the final three rounds, Joshua said: "If it goes that far. The instinct and heart takes over."

Joshua and Usyk each won gold medals at the 2012 London Olympics. While Joshua has since become a two-time heavyweight champion, Usyk won the undisputed cruiserweight title and is now moving up a weight category.

Usyk wore a red suit with a yellow tie reminiscent of Batman villain The Joker for Thursday's press conference - the first face-off with Joshua was steely but they parted ways with a tense handshake.

Joshua needed to be separated from his previous opponent Kubrat Pulev by security at their weigh-in but has now said about the different atmosphere with Usyk: "I've been at both ends of the spectrum and I come to fight regardless. That's a passion deep within.

"So far it has been balanced."

Joshua vowed to rise to the occasion in his return to a major stadium fight: "I am committed. There is no 'off' and 'on' switch. It's just 'on'.

"If you are a boss, a hustler, a hard worker then it's just what you commit yourself to."

'This is the fight of the year!'

Joshua's promoter Eddie Hearn told Sky Sports: "The scary thing about Usyk is his confidence and his mind.

"I think he respects Anthony. He knows how good he is. And the feeling is mutual.

"This is the fight of the year, it will be an iconic moment. We might even get another moment like [Joshua's fight with Wladimir Klitschko]."

Joshua and Usyk will go face to face again at Friday's weigh-in where their weights will reveal much about their preparations for this compelling fight.