Richard Riakporhe returns to action against Krzysztof Twardowski at The SSE Arena, Wembley on Saturday, live on Sky Sports, and has welcomed a British battle against WBO cruiserweight champion Lawrence Okolie 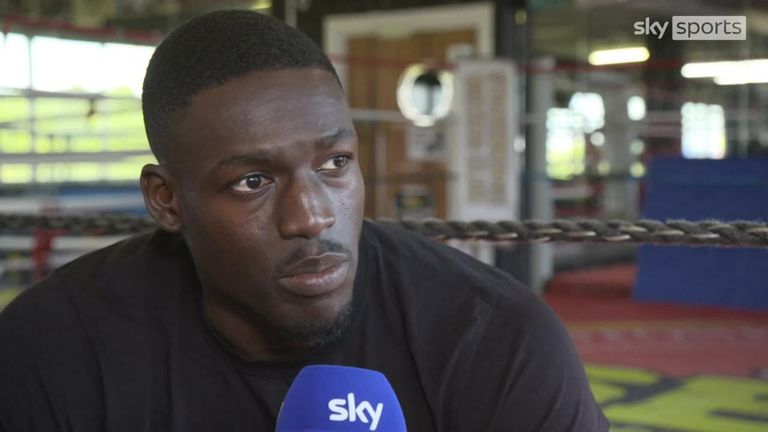 Richard Riakporhe believes a world title showdown with Lawrence Okolie will inevitably end in a knockout but has warned 'it's not going to be me!'

The unbeaten cruiserweight contender returns against Krzysztof Twardowski this Saturday, live on Sky Sports, with Chris Eubank Jr topping the bill at The SSE Arena, Wembley.

Okolie retained his WBO title with a third-round knockout of Dilan Prasovic on Saturday night, but Riakporhe would relish the prospect of an explosive battle with his British rival.

Asked about a future fight with Okolie, the 31-year-old told Sky Sports: "Absolutely. When I came to this game, I didn't come here to make up the numbers.

"I came here to prove myself and to test myself. I want to test myself against the very best. I think it would be an amazing fight.

"All the fans say we want to see this fight. The fans have the power, they have the control, we perform for them.

"It's all about the demand. A lot of fans are already calling for the fight. Everybody still wants to see that fight, even though they haven't seen me for a while. It could literally be around the corner." 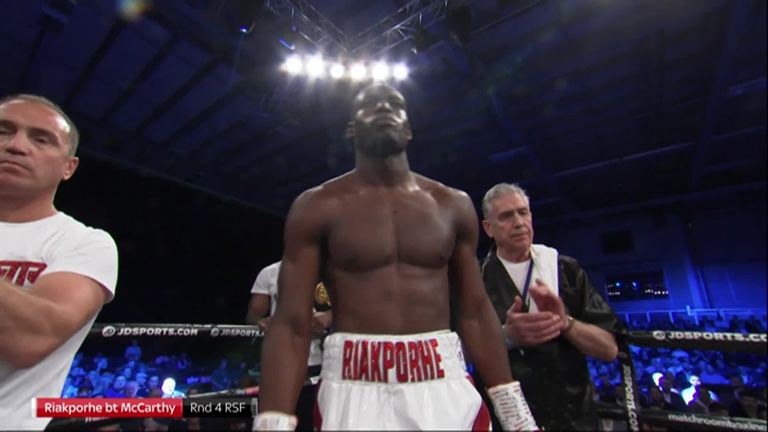 Watch one of Riakporhe's explosive wins

The former British champion firmly believes that he can push on towards world level after linking up with new promotional team BOXXER.

"In 11 fights, I've beat four people in the top 10 in the UK. I've won the British title, that was literally coming from no experience, not much of an amateur career.

"I literally went straight into the deep end fighting these guys, nobody has done it the way I've done it.

"So if I can achieve that in such a short period of time, imagine what I could do with that hard work and that team to guide me. There's no limits."

Watch the return of Richard Riakporhe this Saturday, from 7.30pm on Sky Sports.