Wladimir Klitschko retained his heavyweight world titles with a comfortable 12-round unanimous decision over previously unbeaten American Bryant Jennings before revealing Tyson Fury is likely to be his next opponent.

The Ukrainian did little to impress US fight fans at the fabled Madison Square Garden in New York in his 22nd straight victory and an 18th straight heavyweight world title defence.

However the unconcerned champion said: "I just got the news that I am obligated to satisfy my mandatories (title defences). The way it looks, Tyson Fury is going to be my next challenger.

"Obviously a fight with Tyson Fury is not going to be in the United States. I think this fight needs to happen in Europe. I know that he's the WBA mandatory. It's something that I have to do. 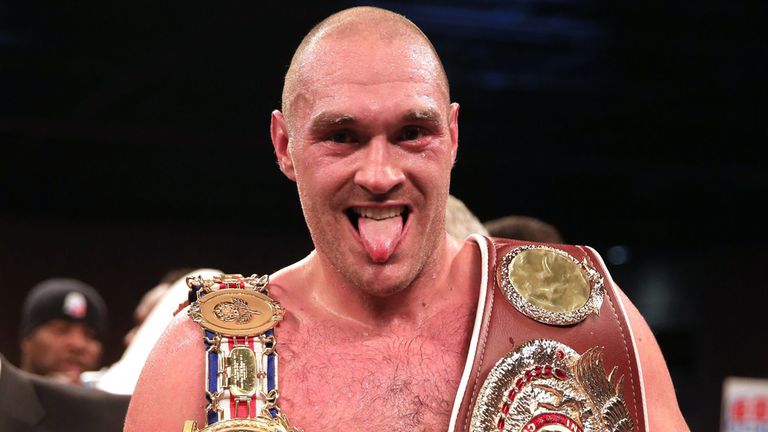 Obviously a fight with Tyson Fury is not going to be in the United States. I think this fight needs to happen in Europe. I know that he's the WBA mandatory. It's something that I have to do.

Klitschko is approaching the record of 25 title defences made by American legend Joe Louis in the sport's glamour division after keeping his International Boxing Federation, World Boxing Association and World Boxing Organisation with the minimum of fuss.

He used his left jab to take charge early and the challenger, who was working as a janitor in 2004 when Klitschko last lost a fight, gave the champion some initial trouble with his quick movement and darting advances in the middle rounds.

Klitschko responded in the final round with some heavy blows, and even with the champion docked a point by referee Michael Griffin for repeated holding, the scorecards were not even close.

Two ringside judges scored it 116-111 for Klitschko, while the third made it 118-109 to the Ukrainian after the one-sided contest.

Jennings, who fell to 19-1 with 10 knockouts after the defeat, said he thought it was closer.

"I think that the scorecards were way off," the Amercian said, adding that he believed the fight "probably could have gone either way".

Klitschko acknowledged that Jennings was more competitive than any opponent he had faced in recent years.

"Bryant didn't give me a chance to throw the right as much as I wanted."

Klitschko's 27th appearance in a heavyweight world title fight drew level with Louis for the most in division history.

He admitted he would like to unify the division in the future by fighting for the World Boxing Council crown that once belonged to his brother Vitali, now owned by American Deontay Wilder who beat Canada's Bermane Stiverne for the belt in January.

Fury is currently at the head of the mandatory queue against a fighter who has not lost since he was stopped in the fifth round by Lamon Brewster in a WBO title fight on April 10, 2004, in Las Vegas.

Saturday marked Klitschko's first fight since knocking out previously unbeaten Kubrat Pulev in November, and was his first bout outside Europe since he took the WBO title from Sultan Ibragimov on February 23, 2008 at Madison Square Garden.