Floyd Mayweather 'bad for boxing' according to Amir Khan, who still hopes to box him

Floyd Mayweather Jr is "bad for boxing" according to Amir Khan, who remains hopeful of facing the unbeaten welterweight champion.

The boxing world is still waiting for 'Money' (48-0-KO26) to confirm his opponent for September 12 but despite reports suggesting it will be Andre Berto, Khan is not giving up on trying to taunt Mayweather Jr into springing a surprise.

"The fans all want to see him fight against Amir Khan. Does he really want to end his career by fighting someone he knows he's going to beat and beat convincingly? 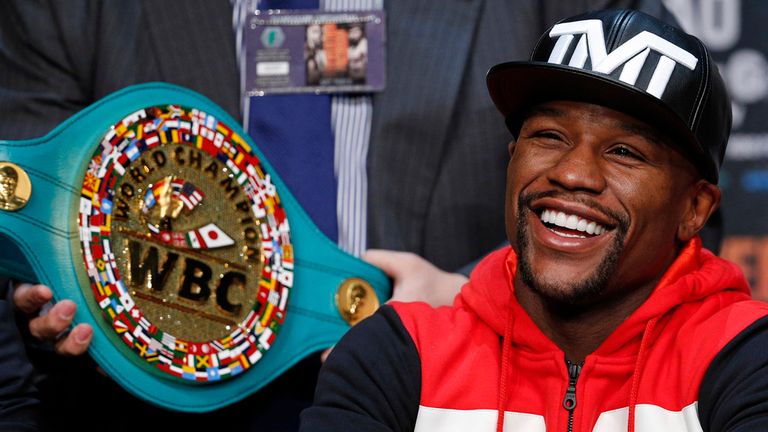 I think he is [becoming bad for boxing]. I've always asked, why finish your career on a low note?

"It's just about waiting and seeing. Knowing Floyd he might just announce me, knowing I'm in Ramadan and not in training - but luckily it was only a month ago that I last fought so I'm in good shape.

"I know how Floyd works. The Pacquiao fight was only announced six weeks before it happened so I think there's a good chance the fight between me and him can happen as well. It's all about me staying in shape.

"I don't want Floyd to catch me off guard so I need to keep in the gym and keep busy until he announces who he's going to fight.

"Everywhere I go people are asking whether Floyd is going to man up and fight me. I'm just waiting on him. I spoke to Al Haymon the other day and he said even he doesn't know what Floyd's going to do.

"I think the whole world of boxing is waiting for Floyd's decision before they can make their own moves."

Mayweather was last in action in May when outpointing Pacquiao while Khan (31-3-KO19) scored a unanimous decision over Chris Algieri during the same month.