Ben Stokes has “come a long way” and will benefit from his added responsibility as England vice-captain in the Ashes series, says ECB managing director of men’s cricket Ashley Giles.

The all-rounder has replaced Jos Buttler as deputy to Test captain Joe Root after he lost the role in 2017 following an incident outside a Bristol nightclub, which saw him miss the last Ashes series in Australia.

Stokes returned to the England fold in 2018 and and the 28-year-old - described as a "natural leader" - impressed during their World Cup triumph earlier this summer.

England will begin their bid to regain the Ashes against Australia in the first Test at Edgbaston, beginning on Thursday, and Giles has praised Stokes for the character he has shown since his recall. "Over the past 18 months, he has come a long way and has shown a great degree of maturity on and off the field," Giles said.

"I have no doubts that the added responsibility will also help him to continue his rise as a world-class all-rounder in the Test arena."

Stokes was part of England's squad when they won the Ashes in the last series on home soil in 2015 and is expected to provide support to Root, who will be aiming to lead the hosts to their fifth successive home series win.

"Ben is highly respected within the team environment. He is a natural leader and has a great understanding of the game," added Giles, who was part of England's Ashes-winning squad in 2005.

"He will offer tremendous support to Joe Root as part of the senior playing group."

Meanwhile, England coach Trevor Bayliss admits the form of the top order has been their biggest shortcoming "for the last six or seven years".

Asked if the top order was England's biggest problem, Bayliss said: "You don't have to be Einstein to work that out.

"They have been for the last six or seven years, but it didn't stop us [winning the Ashes] four years ago."

Bayliss, whose four-year reign in charge will finish at the end of the series, is optimistic World Cup winner Jason Roy could help solve the problem going forward. 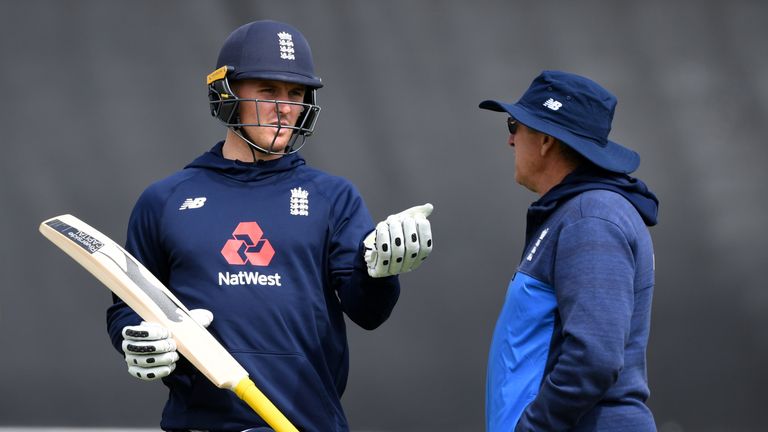 [Roy] wouldn't be the first player to look scratchy and eke out runs. In fact, that's a good sign, I think

Roy hit 72 in the second innings of the 143-run victory against Ireland at Lord's, after making five in the first, on a pitch Root later deemed as "substandard".

"Like any debutant, he looked nervous but to score 70-odd in your first Test was a good effort," Bayliss added.

"There was a bit more in those wickets than I'm sure he's been used to in white-ball cricket over the last few years but runs are runs. He wouldn't be the first player to look scratchy and eke out runs. In fact, that's a good sign, I think.

"We want him to go out and play his natural game but in red-ball cricket you have to be a little more selective. You've got to make a conscious effort to say to yourself, 'I'm not going to go for the big cover drive on the up until I'm really settled, the wicket is flat or the ball's not doing as much'.

"Jason probably looked a little scratchy but he got 72 and helped us win the game."