With Jos Buttler rested as part of England's rotation policy in a hectic year of Test cricket, Ben Foakes' superb display behind the stumps in Chennai has put the long-running debate over who should keep wicket for Joe Root's side back in the spotlight

With two days left in Chennai, it is a matter of when rather than if an England defeat is confirmed.

Joe Root's side need another 429 runs to win with only seven wickets remaining on a raging turner against an India side with three high-quality spinners in their ranks.

So, yes, when that final wicket goes down, you can expect plenty of discussion over the tourists' rotation policy that saw them make four changes to the XI that claimed a famous win in the first Test.

India have comprehensively outplayed England over the past three days but of the four players brought into the visitors' side, it is arguably only Stuart Broad - England's player of 2020 and a man with 517 Test wickets - who has struggled to make an impact in the game, and that is as much due to the conditions restricting his involvement as anything else.

Olly Stone has impressed after coming in for the injured Jofra Archer and while Moeen Ali would admit he was not at his best in India's first innings, he was much improved second time around, removed Virat Kohli in both innings and finished with eight wickets in the match.

The Surrey wicketkeeper's inclusion for this game was the most pre-determined of all the changes, it was essentially confirmed the moment national selector Ed Smith revealed that Jos Buttler would return to the UK following the first Test, missing the next three before returning for the white-ball leg of the tour.

Putting aside all discussion over whether key players should be taken out of the side for three-quarters of such a big series, the timing actually seemed to work quite nicely.

The long-running debate over who should keep wicket for England had died down following Buttler's efforts with both bat and gloves since the start of last summer.

The Lancashire man was established as first choice and was doing well enough that even though some might still prefer Foakes, or perhaps Jonny Bairstow, it was not a pressing issue. Additionally, Foakes getting his chance in India was a convenient way of keeping a good player, and excellent gloveman, involved at the start of a hectic year in which he may well need to be called upon again.

Instead, Foakes has spent much of the Test trying to get the whole debate raging once more with a faultless display with the gloves in India's first innings, an assured unbeaten 42 as England slumped to 134 all out in their first dig and then, on day three, producing a morning session masterclass behind the stumps that included two fantastic stumpings.

It was Foakes' 28th birthday but it was Jack Leach receiving the presents as the wicketkeeper's lightning-fast hands caught Rohit Sharma and Rishabh Pant out of their ground as great keepers of the past purred on social media.

Of course, it is worth remembering that Buttler did not put a foot wrong behind the stumps either in Sri Lanka or in the first Test in Chennai and has proven himself to be extremely reliable when stood back in home conditions, too.

However, if it came down purely to glove work then Foakes would be donning the gloves for England in every Test - well perhaps not in this year of rotation. He is the superior gloveman and it is when you see displays like the one on day three that you appreciate why Alec Stewart has repeatedly labelled Foakes the best pure wicketkeeper in the world.

Keepers with 5+ stumpings in their first 6 Tests for England:

... and Ben Foakes is the first keeper to take 2 stumpings on his birthday in a Test match.

Foakes did blot his copybook with a couple of missed stumpings, tough though they were (the second may actually have taken an edge which negates the stumping chance somewhat but then becomes a dropped catch, so take your pick).

This is not to say that he isn't the best, only to highlight that even picking your best man with the gloves - even if he is the world's best - does not guarantee that every catch will be taken or every stumping completed.

In any case, the days of wicketkeepers being able to stay in the side based only on what they offer behind the stumps are long gone, they need to be contributing with the bat as well. 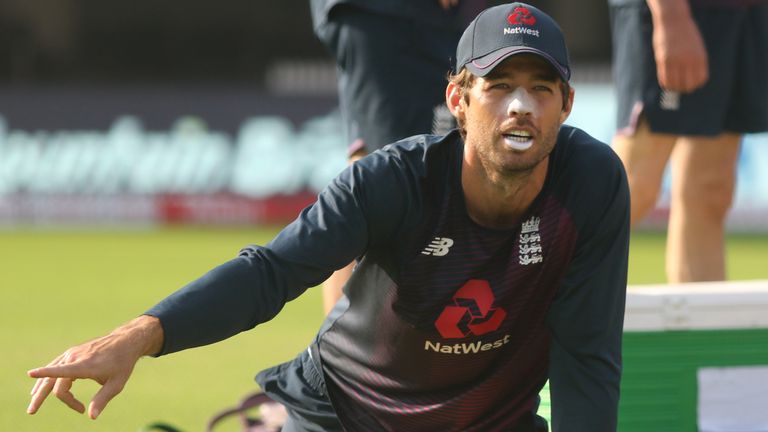 "He’s the best gloveman England have had for a number of years... but we’ll always come back to the fact that it’s a full package with batting."

The reason Buttler found his spot in the team under threat at the beginning of last summer had nothing to do with his wicketkeeping and everything to do with a lack of runs.

Equally, once he found his form with the bat - playing a match-winning knock against Pakistan at Emirates Old Trafford before making a century at the Ageas Bowl later in the series - he was never in danger of being dropped after a couple of blemishes with the gloves.

Buttler averages 52.76 with the bat in his last nine Tests following a barren series in South Africa last winter, compared to a career average of 34.53 in 50 Tests, and after years spent trying to find the best way to bring his explosive white-ball game to the longer format, he has finally looked at home in the red-ball arena.

By comparison, Foakes is halfway through his sixth Test and boasts an average of 46.74. Four of those matches have been in the subcontinent and even in his short international career, Foakes has shown himself to have the game and the temperament to succeed in spin-friendly conditions.

You only have to look at England's first innings in this match to see how valuable that is.

It is actually against seam bowling that Foakes has struggled so far at Test level. He is yet to play a home Test but he was dropped two games into the series in the Caribbean early in 2019 after averaging just 13.75 against the West Indies' four-pronged pace attack.

In his Test career so far, Foakes has been much more comfortable against spin, than pace. He's averaged 64.75 against spinners, compared to just 22.25 against quicks - he's fallen every 43 balls to the latter. #INDvENG

Judging him by such a small sample size would be unfair but it might explain why England were less keen than some to throw Foakes in for Buttler last year when the latter was out of sorts with the bat.

The pink-ball Test in Ahmedabad may give Foakes more of an opportunity to show what he can offer when the ball is doing a bit for the pace bowlers and with home series against New Zealand and India before the Ashes in Australia, he will have to do so soon enough if he wants to displace Buttler long term.

England do have the option of playing them together and using Buttler as a frontline batsman, but with Ollie Pope set to continue his development at No 6 for a while yet, it is highly unlikely they will consider such an option any time soon.

How good has Ben Foakes been! Such a joy to watch a top performer on a tough pitch. Just imagine, he couldn't have played on too many pitches like this one and still, he is at home on it.

In all likelihood, Buttler - who it should not be forgotten is also considered a hugely valuable member of the leadership group within the squad - will reclaim the gloves for the Tests against New Zealand. I would say that given his form and that, strictly speaking, he is the man in possession, you cannot argue with that but, of course, plenty will.

That is credit to Foakes and all he can do is continue to show his class with the gloves, contribute with the bat and make sure that there is still a debate to be had by the end of this series.

Oh, and just to make it interesting, Bairstow is back in contention for the third Test, too…

Follow text commentary of day four of the second Test between India and England in Chennai on skysports.com and the Sky Sports app from 3.50am on Tuesday.