Heroic 'Iggy' will continue fund-raising despite finding it it increasingly difficult to speak and walk after major strokes in 2018 and 2020; former Kent paceman has raised over £300k since being first diagnosed with an inoperable brain tumour in 1999

Former England and Kent bowler Alan Igglesden will continue to defy the odds when he attempts to complete the Professional Cricketers' Trust's 5k challenge later this month.

Almost 22 years after Igglesden was first diagnosed with an inoperable brain tumour, the 56-year-old has used his story to raise over £300,000 for The Brain Tumour Charity.

Now he plans to join hundreds of Professional Cricketers Association members in running, walking, swimming, cycling or rolling 5km to raise valuable funds for the Trust in order to support past and present professional cricketers in need. YOU CAN DONATE HERE.

'Iggy' and his wife Liz spoke to the Trust about the couple's remarkable journey and the unfathomable challenges that they have faced together along the way in a moving video which you can watch here.

A mainstay of Kent's bowling line-up between 1986-98, Iggy claimed 693 career wickets across first-class and List A cricket, eight of which came during his seven appearances for England, including three Tests.

In 1999, one year after making his final appearance at Canterbury and at just 34 years of age, Iggy suffered an epileptic fit whilst playing minor counties cricket for Berkshire. The giant seamer's life was turned upside down when an MRI scan revealed an inoperable brain tumour, and Iggy would never play professional cricket again.

But in the intervening years he has received pioneering treatment for his brain tumour, which shrunk from the size of a cricket ball to the size of a golf ball, recovering to the extent that he was able to teach sport at schools in both Kent and Apperley Bridge near Leeds.

Though Iggy successfully managed his illness for over 10 years, things took a turn for the worse when the tumour showed signs of growth in 2009, then again in both 2015 and 2016.

The 56-year-old's health problems have since been compounded by two major strokes in 2018 and 2020 which have made it increasingly difficult for Iggy to speak and walk.

Though the severity of the strokes mean that he is now receiving end of life care from Liz, Iggy nevertheless continues to light up every room he enters during these trying times. 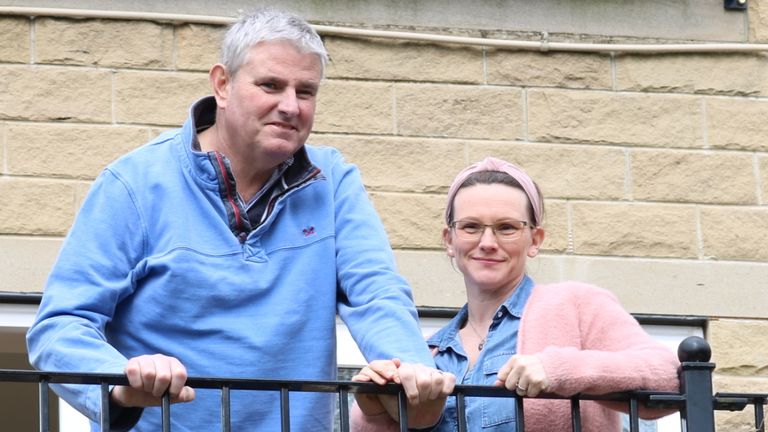 “You just don’t know when anything’s going to happen. To have two massive strokes when all you’ve been preparing for is Iggy’s brain tumour, it just sweeps your life away in seconds.”

"You just don't know when this stuff is going to happen," said Liz, speaking to the Trust. "None of this is to do with lifestyle, he got a brain tumour even though he never drank, smoked or drove badly. He got a brain tumour because he got dealt a rubbish hand, then he had a stroke, then another stroke. We're waiting for lightning to strike twice now because he's been that unlucky.

"It sounds like every insurance company advert ever, but to have two massive strokes when all you've been preparing for is a brain tumour, it just sweeps your life away in seconds.

"He'd be stuck in his room all day, every day. When he first came back from hospital and was quite immobile, he just didn't leave his room.

"That arm that everyone used to cheer when it bowled, to now not be able to raise it or hold a drink, what does that do to your head?"

Throughout his unimaginably difficult journey, Iggy has retained a positive outlook and a sharp sense of humour, and he and his family have also received support from the Professional Cricketers' Trust to help them negotiate the day-to-day challenges which they now face.

The Trust has supported the family with funding over recent years to enable Liz to care for Iggy on a full-time basis, and the players' charity has recently provided a stairlift which allows the former cricketer to move around their home more easily.

The latter point, as Liz explains, has significantly improved Iggy's quality of life, and importantly has also gone a long way to easing the burden on her shoulders.

"Helping him upstairs on my own is physically very tough, and if I wasn't feeling very good or very strong on a particular day, it meant that Iggy couldn't leave his room. It was that simple.

"I was initially reluctant (to install the stairlift) but I can't believe I didn't do it earlier. It's been amazing, even though we've had all the 0-60mph and Ferrari jokes! Now he can come out and come downstairs, we've got a beautiful view from our garden and it's just such a lovely healing place to be.

"I've known Iggy since way back when he was working in a school, so I had no idea about the PCA or the Professional Cricketers' Trust until we really needed them. Suddenly we had all these people calling up and asking if there was anything they could do to help. It feels like family and friends rather than charity.

"People remember you and you feel like they care about you. It's not pity, it's care. It's reassuring and a weight off your mind.

"When everything is really hard, the Professional Cricketers' Trust just makes everything more bearable and their support and sense of family and help just means we can carry on. We're really, really grateful for everything."

Iggy and Liz welcomed a new daughter, Beth, who is now aged seven, into the world in 2013. Beth's presence alone has provided the pair with extra motivation to overcome the numerous obstacles which they have faced.

"We've got a young daughter, a daughter that Iggy didn't think he'd be able to have because of all his treatment," says Liz. "That was quite a process but it means that we have a life, we're not just existing and that Iggy can really enjoy things.

"She's seven now and has just started to realise that Daddy was famous. One of the hospital carers found footage of him playing on YouTube and Beth just couldn't believe it was him! She's very impressed by it all."

For more information on Iggy's 5k May challenge and how you can support the players' charity, visit his #5ferIggy JustGiving page.