Sixteen-year-old legspinner Archie Lenham takes 3-14 as Hampshire restricted to 154-7; Phil Salt (72no off 44) and Ravi Bopara (56no off 42) both strike quickfire fifties as Sussex romp to target with 22 balls to spare 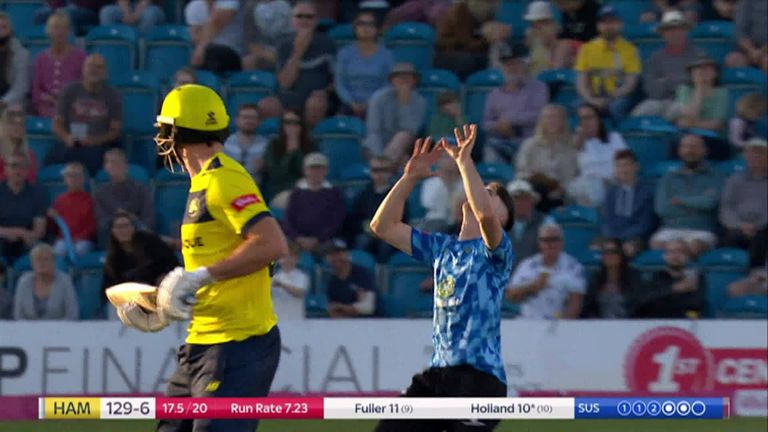 Sussex Sharks made it two wins from two in the Vitality Blast after cruising to a nine-wicket win against Hampshire Hawks at Hove.

Sixteen-year-old legspinner Archie Lenham starred on the night, taking 3-14 from three overs as Hampshire were restricted to 154-7 batting first.

Phil Salt (72no off 44) and Ravi Bopara (56no off 42) then both struck quickfire fifties as Sussex romped to their target with 22 balls to spare.

Hampshire needed early wickets to have any chance on a quality batting pitch and, although Ian Holland picked up Travis Head (23 off 12) in the fourth over, Salt and Bopara matched each other shot for shot in an exhilarating stand of 118 off 74 balls.

Salt, who fired an unbeaten 77 in Friday's win over Gloucestershire, followed it up with another blistering knock that included five sixes and five fours, while Bopara made his first half-century since joining Sussex in 2020. He smashed five fours and a six in his innings. 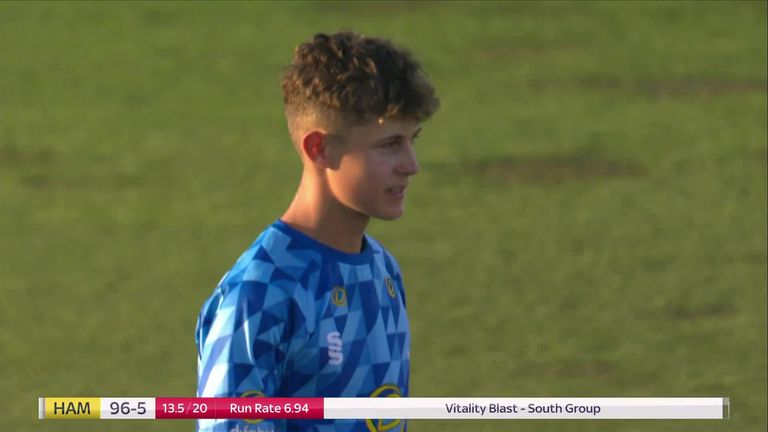 Neither were named man of the match, however, as that honour was reserved for youngster Lenham, who had become the second-youngest debutant in T20 history in Sussex's win over Gloucestershire on Friday.

The teenager, whose father Neil and grandfather Les both played for the county, picked up a wicket with his first ball when Tom Alsop (18) holed out to deep midwicket.

Lewis McManus (15) fell in similar fashion in Lenham's second and wicketkeeper Salt smartly stumped Joe Weatherley (14) to give the teenager his third scalp. It was a wicket Lenham particularly enjoyed, having dropped Weatherley first ball before he came on to bowl. Salt also produced a stunning one-handed catch in the innings to dismiss Liam Dawson (16). 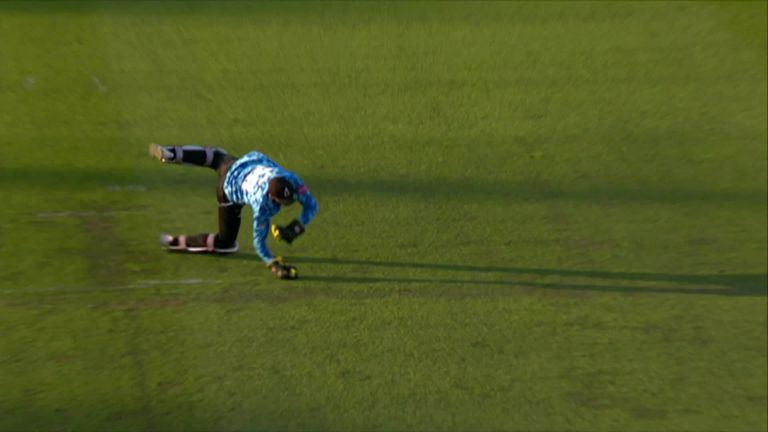 The Hawks had been restricted to 35-1 in the powerplay and lost Australian D'Arcy Short (1) to the impressive George Garton, who returned to pick up Holland (11) as the left-arm fast bowler finished with remarkable figures of 2-11 from his four overs.

Hampshire skipper James Vince had looked in the mood, cruising to 36 off 26 balls before he was bowled trying to heave Will Beer (1-38) through the legside.

Hampshire then struggled for momentum after his departure and although James Fuller (26no off 16) produced a cameo at the end to take his side past 150, it would prove well short of a competitive score.