Stuart Broad thinks England will win T20 World Cup, with Liam Livingstone firing against Pakistan and Ben Stokes and Jofra Archer to return to the side; Broad says England's 'go for it' mentality also key as they look to add more ICC silverware to their 50-over World Cup success in 2019

Stuart Broad is backing England's squad depth and "fearless" cricket to win them the T20 World Cup in the UAE and Oman later this year.

England Test seamer Broad was part of Sky Sports' commentary team for the three-match T20 series against Pakistan, which Eoin Morgan's men claimed 2-1 after winning a low-scoring decider at Emirates Old Trafford by three wickets with two balls to spare.

England were shorn of rested all-rounder Ben Stokes and also without fast bowler Jofra Archer, who has just recently returned to action with county side Sussex after elbow surgery.

However, a number of other players stepped up against Pakistan, including Player of the Series Liam Livingstone, who thumped England's fastest-ever international century in the first T20 at Trent Bridge, from just 42 deliveries. 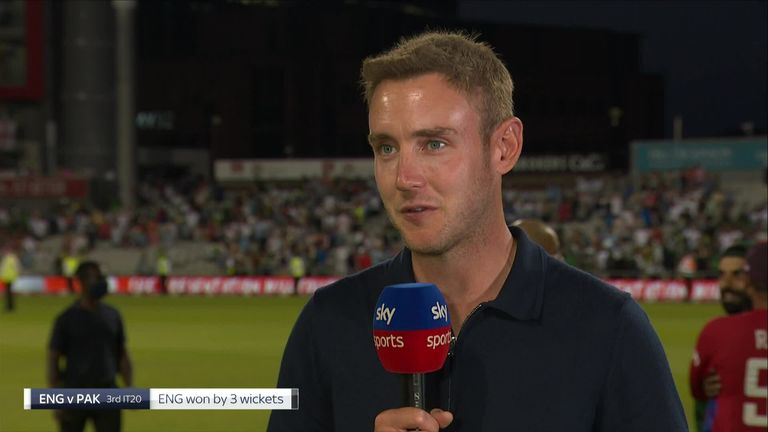 Broad told Sky Sports: "I was just watching Morgs [Morgan] lift the trophy and I think we will win the World Cup. We have got so many bases covered. It's all looking pretty rosy.

"Stokes comes into this team, although I don't know where he bats, and I think Archer will be an amazing addition.

"If suddenly you are getting Livingstone batting at No 7, Sam Curran - who swings the white ball and is a dangerous lower-order hitter - at No 8, Jordan at No 9, Adil Rashid at 10, you have got so much depth there.

"They play fearless cricket as well so it just feels like we are going to win the World Cup."

Livingstone strode to the wicket on Tuesday night with England needing 12 from eight balls and promptly nailed his first ball for six before being caught next delivery. 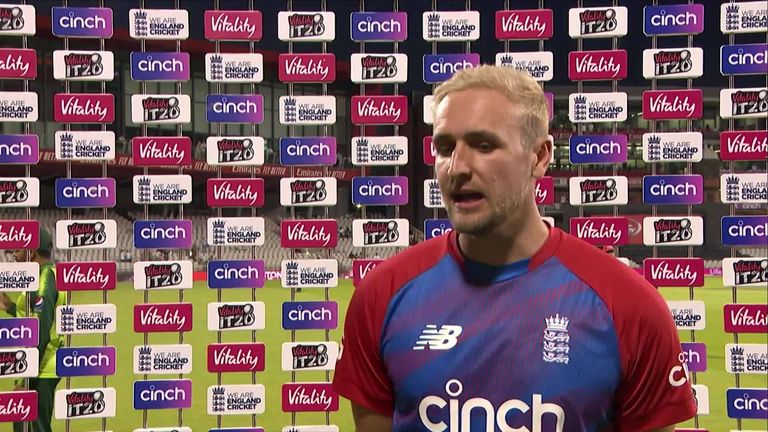 Broad says the fact Livingstone felt confident enough to tee off straightaway is another reminder of the positive - and successful - mindset fostered by Morgan, who led England to their first 50-over World Cup title in 2019.

The seamer added: "When you feel judged as a player, it is a very brave thing to go and hit your first ball for six because there is something in your mind going, 'if I get out here, have I blown my chance, have I let the team down?'

"The mindset [head coach] Chris Silverwood and Morgan have put in place with the senior players in this group is 'go for it, if you get out no one is going to judge you, take the step forward, if it doesn't work you won't be blamed'. 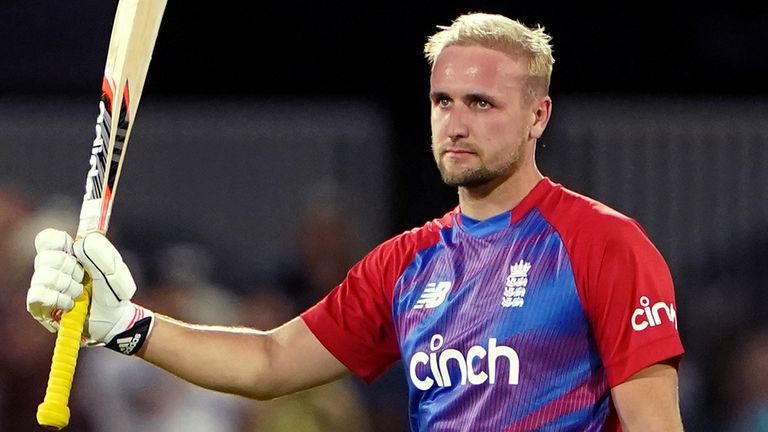 Playing around the world for different sides has really helped him. I watched him play an innings a few years ago and it looked a bit ‘sloggy’ but now he is clinical with his striking. He has arguably played himself into the first team and that is a hard thing to do with this England side. He offers England so much and has done himself the world of good.

"You are going to win more games than you lose by being positive and Morgan and the England side over the last few years have shown that. There has been a 50-over trophy - and there may be a 20-over trophy as well - by giving players mental freedom.

"If Livingstone had tried to dab away a one or two, suddenly you need five off three balls and it gets a bit nervy, which is how England played for 20 years previous to Morgan's captaincy.

"I have seen from being around these payers that they hit the ball so consistently now, so why not go for it?"

Broad also praised Jason Roy's innings in the series decider against Pakistan, after the opener scored 64 from 36 balls to help England to 92-1 in the 11th over in their pursuit of 155.

Broad feels Roy - who bossed an opening stand of 67 with the out-of-sorts Jos Buttler (21 off 22) and hit 12 fours and six in his knock - showed brain as well as brawn.

"He didn't just bully his way through, he had to adapt to conditions," added Broad. 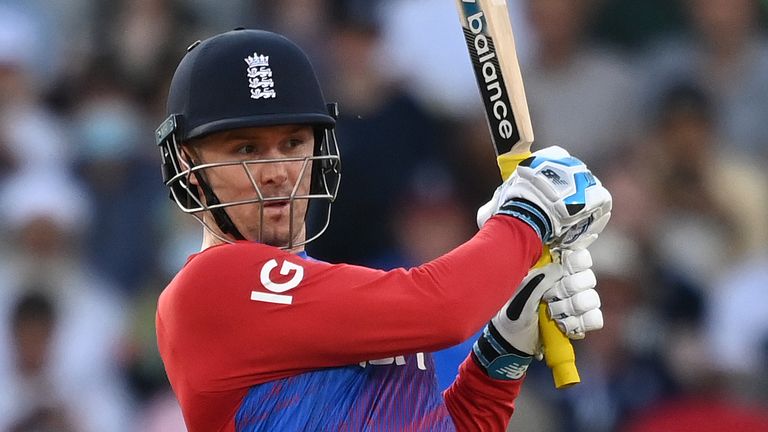 "I think a Roy of five years ago might have got out quite early trying to hit a massive shot but when the ball started to grip for the spinners he swept hard along the ground knowing the outfield had sped up. It showed a brilliant cricket brain.

"His partnership with Buttler was what a partnership should be. Buttler rarely struggles to time a cricket ball but he struggled in this game and Roy grabbed the game and said, 'I feel pretty good here, I'll get us going.'"

Watch the T20 World Cup live on Sky Sports Cricket in October and November. England's next international action is the Test series at home to India, which is live in full on Sky Sports from August 4.