Southern Brave maintain their 100 per cent start to The Hundred with a thumping win over London Spirit at Lord's; Amanda-Jane Wellington takes four wickets as Spirit fail to bat their 100 balls after being bowled out for 93

Southern Brave keep rolling on with their bowlers setting them on the way to a comprehensive win, their fourth on the spin, over London Spirit at Lord's...

Amanda-Jane Wellington starred for Southern Brave as they thrashed London Spirit at Lord's to make it four wins from four in The Hundred.

The Australia legspinner took 4-14 from her 20 balls as Spirit failed to bat out their 100 balls in being bowled out for 93 from the 96th ball of the innings.

Only Tammy Beaumont (34 from 45 balls) made it to double figures with a combination of wickets and some excellent Brave bowling preventing the hosts from ever managing to build any momentum.

Rather than try to race to such a modest target, Brave were happy to take a more composed approach and eased their way towards the finish line.

Throughout the Spirit innings it felt as though Wellington could do no wrong. It all started early on when she ran out Naomi Dattani with a direct hit and she never looked back. 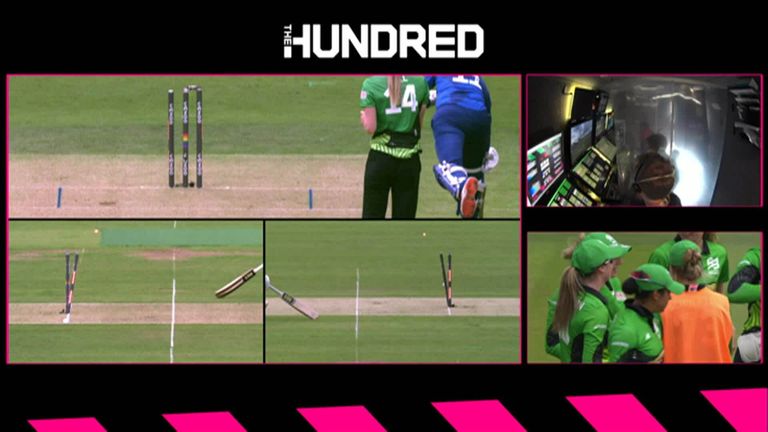 The Aussie did not concede a run from her first set of five and with the pressure starting to build, England captain Heather Knight felt she had to try and get things moving but managed only to chip the ball to Smriti Mandhana in the covers.

Wellington added the wicket of Deepti Sharma next ball, stumped down the legside. As it was a wide, the India batter had the dubious honour of being dismissed without, according to the scorebook, facing a ball!

😱 TWO IN TWO FOR WELLINGTON! 😱#SouthernBrave 🟢 spinner Wellington has Knight (3) caught and Sharma (0) stumped as #LondonSpirit 🔵 slump to 41-4 at Lord's in #TheHundred 💯

Any hopes Spirit had of posting a competitive total were ended by Wellington in her last set of five when she dismissed Beaumont, beating the England opener in the flight, before she ended on a high by having Amara Carr stumped off her last ball.

London Spirit's Tammy Beaumont: "It was a very difficult pitch and I think it suited their bowlers. We probably underperformed a bit but it wasn't easy to bat on.

"In the last few games the top order's not fired that much - we haven't got that big score and it's a case of trying to bat longer. Today probably 110 would have been more than enough.

"It was close in the end, with them winning in the last 10 and we've done quite a good job with the ball. If we'd got another 10-15 runs it could have been a different story.

"We've just got to keep going and think that it'll come good eventually. One home game left - let's hope we can put on a good show." 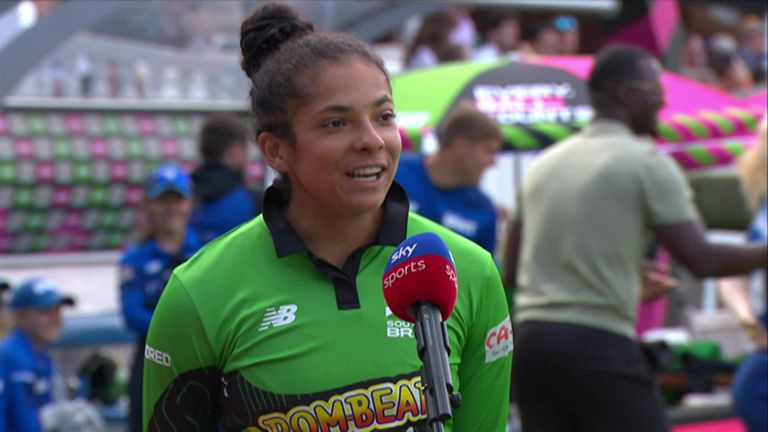 Southern Brave's Amanda-Jade Wellington: "To play at Lord's was amazing, I was blown away with the amount of people here supporting women's cricket.

"On a wicket like that, I really had to change up my pace, length and variation. As a spinner, I know batters are going to come after me and if I see them doing that I will bring back my length a little bit - being one step ahead is the key. 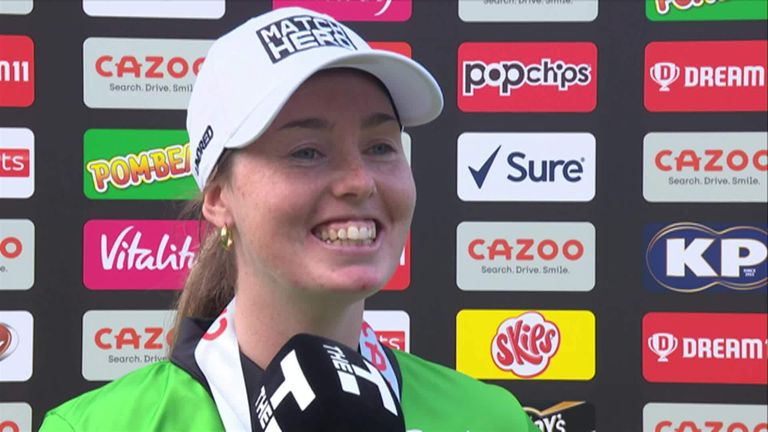 "Chases like that can be really hard - sometimes with a low total you get frustrated, but Stafanie Taylor and Maia Bouchier played outstanding cricket. I think we did a brilliant job today to chase that down with a few balls to spare.

"We still haven't put on a really 100 per cent performance, so it'll be exciting to see that when it comes."

There are another two games in The Hundred on Monday as Oval Invincibles take on Welsh Fire at The Kia Oval...