Sarah Taylor plays a starring role as Welsh Fire defeat the Invincibles by 12 runs at the Oval to make it back-to-back victories; Georgia Redmayne and Hayley Matthews also impress for the visitors 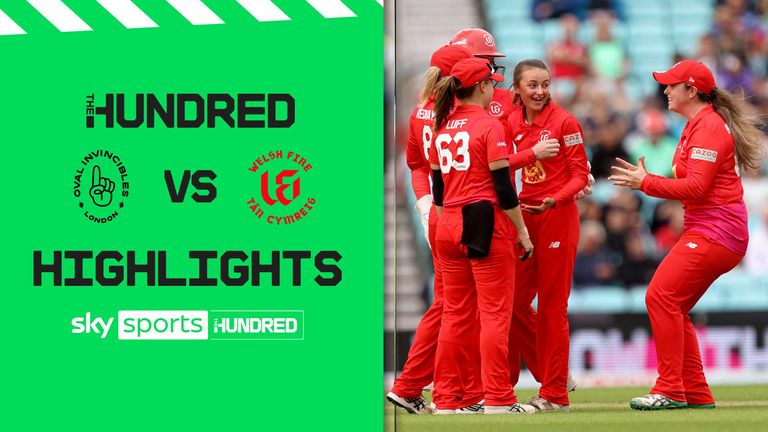 Welsh Fire produced a brilliant bowling display to record a second straight victory in The Hundred, as the Oval Invincibles were left to rue another underwhelming run-chase...

The Invincibles appeared in control after delivering a disciplined bowling display to restrict Welsh Fire to 112 from their 100 balls, with captain Dane van Niekerk leading from the front - taking 1-10 from her 20 balls.

Hayley Matthews (21) and Georgia Redmayne (30) gave the visitors impetus following a subdued start, but having put on 47 for the second wicket, Van Niekerk claimed the prized scalp of Matthews, before Grace Gibbs accounted for Redmayne with a brilliant piece of fielding.

Sarah Taylor (29 off 24) dazzled to take Welsh Fire past three figures, although their innings fizzled out when Taylor was dismissed by 16-year-old Alice Capsey (1-17 off 20), who once again impressed.

The Invincibles' reply began in nightmare fashion when Georgia Adams was run out without scoring, and despite cameos from Capsey (14) and Gibbs (21), they were unable to break the shackles.

In the absence of Marizanne Kapp, the Invincibles were largely reliant on Van Niekerk to supply the middle order fireworks, but she struggled to settle, making just 8 from 16 balls before she was dismissed by Nicole Harvey (2-11 off 15).

Fran Wilson (20) battled valiantly but struggled for fluency, and while Jo Gardner enjoyed a late flurry (12 off 5), Welsh Fire claimed five wickets in the last 18 balls to prevail by 12 runs in a frenetic finale, with Matthews boasting impressive figures of 3-23 from her 20 deliveries. 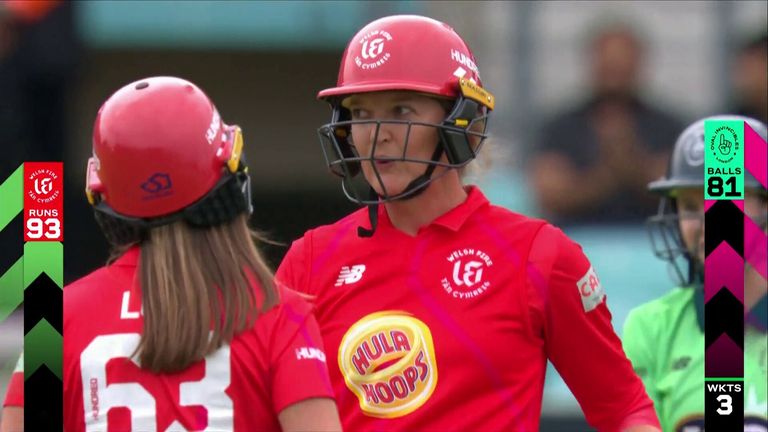 Taylor was renowned for her innovation throughout a stellar international career, and she showcased her ingenuity in an enterprising cameo at the Oval.

The former England wicketkeeper made 29 from just 24 balls, and she conjured up one of the shots of The Hundred thus far - dispatching a full-length delivery from Tash Farrant with an outrageous reverse flick that was timed to perfection.

Welsh Fire captain Sophie Luff praised Taylor's influence in her post-match interview, and the 32-year-old was impeccable with the gloves throughout, to cap off a superb individual display. The defining blow for the Invincibles was the wicket of their lynchpin Van Niekerk, who was magnificently caught by Katie George at deep mid-wicket.

George added a further two catches to her tally in the closing stages, accounting for both Mady Villiers and Tash Farrant, albeit in more regulation fashion. 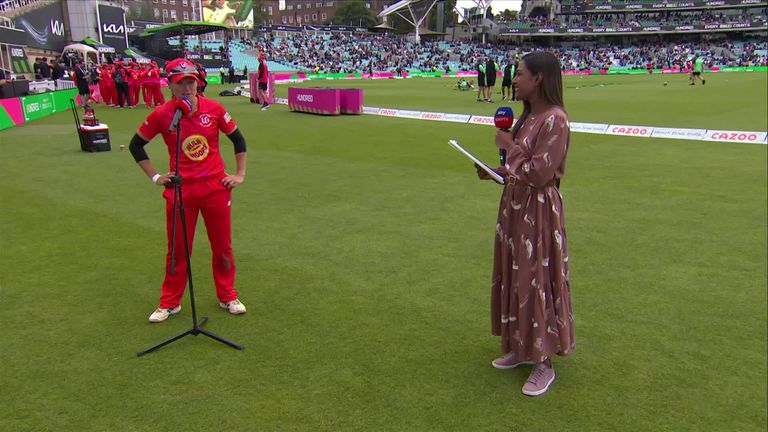 Welsh Fire captain, Sophie Luff: "We felt we were a few runs light, but we bowled and fielded particularly well on Saturday, and we backed that up today. The girls were outstanding in the field.

"We feel like we're on a little bit of a roll now. We've got that momentum and I think in competitions like this, you need that, so on to the next one!"

Oval Invincibles all-rounder, Jo Gardner: "We did really well first up to restrict them to 112, which we thought was more than gettable here at the Oval where you get value for your shots, as we found in the first game here, so it was disappointing to fall short.

"It looked tricky at the top of the order but then there were a few shots - if a few of those innings went on a bit longer then we would have been in a better position. Momentum is the key word.

"On Saturday it was a similar situation and we talked about being better in the middle phase. I thought we improved today but maybe we could have done it a bit better. It is frustrating for sure but we need to pick ourselves up quickly for Birmingham on Wednesday."

We remain in the capital for Tuesday's double-header, as London Spirit take on the Northern Superchargers at Lord's.

The women's match is live on the Sky Sports Cricket YouTube channel, plus Sky Sports The Hundred, Sky Sports Mix and Sky Sports Main Event from 2.30pm, with the Superchargers bidding to maintain their unbeaten start.