Roy (56 no off 29) struck his second half-century of the campaign as the Invincibles claimed a third consecutive win on home soil, which catapults them from 6th to 2nd in The Hundred standings 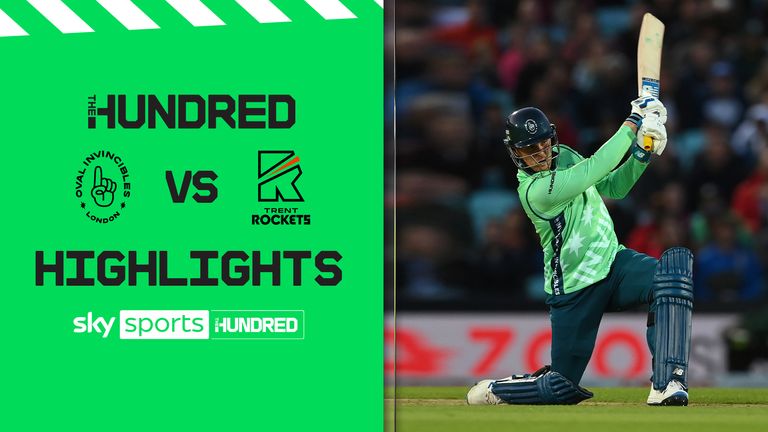 Jason Roy produced a magnificent innings to inspire Oval Invincibles to an entertaining nine-run victory over league leaders Trent Rockets in a rain-affected clash at the Oval.

The contest was reduced to 65 balls per side after persistent rain earlier in the day had seen the women's contest abandoned without a ball being bowled, but Roy's unbeaten 56 from 29 balls was worth the wait for the packed crowd in attendance.

Trent Rockets' skipper Lewis Gregory had no hesitation in choosing to bowl after winning the toss, but the Invincibles raced to 39-0 inside 17 balls, with Roy and Will Jacks (13) dispatching Rashid Khan (1-28) for two sixes in the opening exchanges.

Jacks' departure sparked a mini-collapse, as the hosts slipped to 68-4 after losing four wickets for 29 runs, with Samit Patel (2-21 off 15) continuing his fine form for the Rockets. 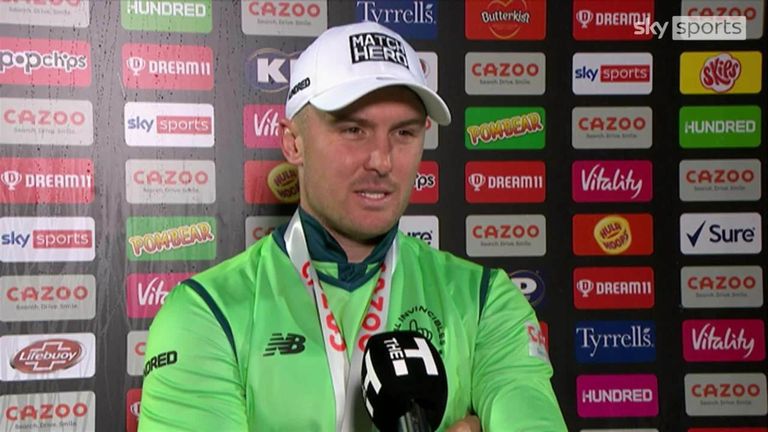 However, Roy spearheaded the Invincibles' innings with an unbeaten 56, before a late flurry from Laurie Evans (9 no off 3) saw the hosts post 125-6 from their 65 balls.

The Rockets' reply began in nightmare fashion, as D'Arcy Short departed for a duck to the irrepressible Sunil Narine, while Dawid Malan (6) was deceived by his England team-mate Tom Curran.

Alex Hales (25 off 15) started brightly, but his explosive innings was disrupted after he was struck in the groin twice by Reece Topley in consecutive deliveries, before a quicker delivery from Narine brought about his demise. 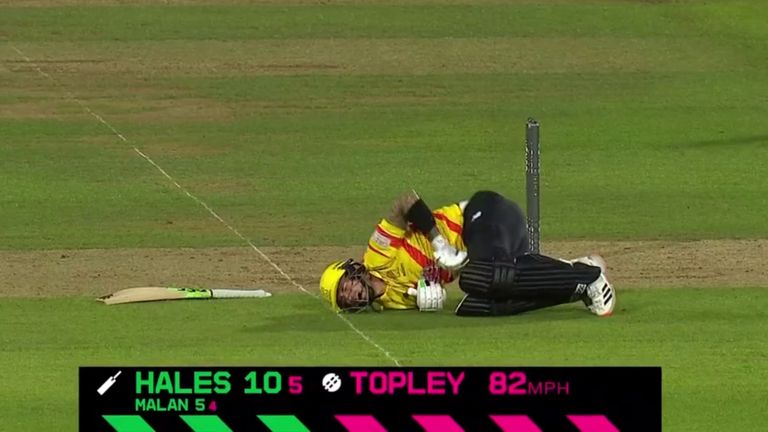 Samit Patel (15 off 7) produced an enterprising cameo before falling to Tabraiz Shamsi (2-23 off 15), and after losing wickets at regular intervals, the Rockets' slender hopes were evaporating.

Gregory (28 no off 12) and Khan (16 off 6) threatened to complete an astonishing run-chase, only for Curran (2-21 off 15) to keep his poise to guide home the Invincibles, who were also indebted to Narine, who boasted remarkable figures of 3-11 from his 10. 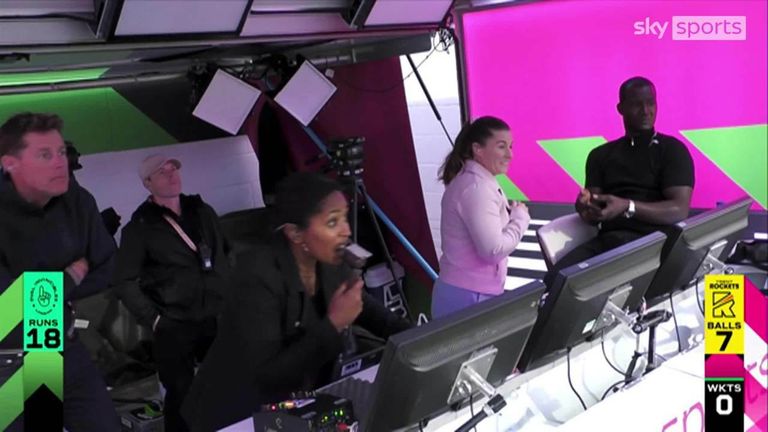 The England opener made a blistering start to proceedings and despite being starved of the strike midway through the innings, he kept his composure - registering four huge sixes in his pulsating 29-ball innings.

He also left the Sky Sports commentary team running for cover, after smashing Rashid Khan's first ball of the contest straight back down the ground. It was a world-class display from a world-class player.

WHAT A GRAB FROM GREGORY

Gregory led by example in the field for the Rockets, producing a stunning one-handed grab to dismiss an in-form Colin Ingram.

The South African dispatched Samit Patel for a maximum in the previous delivery, but he succumbed after Gregory took an outstanding catch to his right at cover.

Jason Roy, Oval Invincibles opener: "I was having lots of fun. We had a lot to prove tonight. I think we've come off the back of some disappointing performances, but tonight, to write some wrongs was a great feeling.

"It's extremely exciting. We've been searching for that sort of performance where we put all three facets together.

"We have been very disappointing in the field and tonight with the ball and with the bat we were pretty impressive, so happy going forward."

All roads lead to Edgbaston on Monday, as Birmingham Phoenix and Welsh Fire lock horns in the latest double-header, with both matches live on Sky Sports Cricket, Sky Sports Mix and Sky Sports Main Event from 2.30pm and 6pm respectively.

In the women's competition, Birmingham Phoenix currently sit bottom of the table following a run of three consecutive defeats, but they can draw level on points with Welsh Fire if they claim victory on home soil.

In a congested men's table, Phoenix occupy fifth spot - two points above Welsh Fire in seventh - as the race for a top-three spot intensifies.