Southern Brave defeat Birmingham Phoenix at Lord's to become inaugural men's champions in The Hundred; Paul Stirling and Ross Whiteley power James Vince's side to 168-5, before quality bowling limits Phoenix to 136-5 in reply; Liam Livingstone's run out a crucial moment in the chase 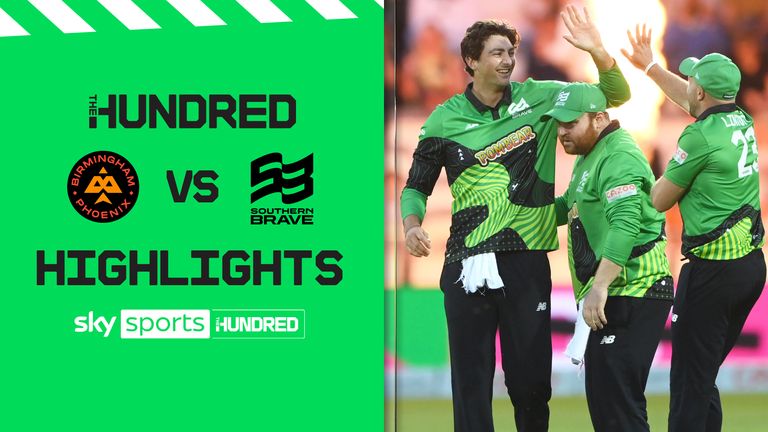 Southern Brave men did what their women's team were unable to do earlier in the day by winning The Hundred, with James Vince's side outgunning Birmingham Phoenix at Lord's on Saturday night...

Southern Brave became the inaugural men's champions in The Hundred after Paul Stirling's quick-fire 61 and a typically strong bowling performance saw them to victory over Birmingham Phoenix at Lord's - with the in-form Liam Livingstone's fireworks proving too fleeting for the beaten team in the end.

Stirling clubbed six sixes in his 36-ball innings at Lord's, while Ross Whiteley (44 off 19) hammered four maximums of his own as Brave rallied from the early dismissals of Quinton de Kock (7) and skipper James Vince (4) and being 38-2 off 35 balls to post 168-5 from their 100 balls, with 138 runs coming for the final 65 deliveries.

Brave seamers Craig Overton and George Garton restricted Phoenix to 14-2 from their first 20 balls to retain the initiative - only for Livingstone (46 off 19) to then threaten to swing the game in Phoenix's favour.

However, the 28-year-old's pulsating knock ended courtesy of a run out - Tim David with a direct hit at the keeper's end having hurled the ball in from the boundary - in what proved a hammer blow for the Midlanders, who could only make 136-5 from their 100 balls as their five-match winning streak was snapped.

Skipper Moeen Ali (36 off 30), Chris Benjamin (23no off 25) and Benny Howell (20no off 14) tried their best but Brave ran out convincing winners in the end to ensure at least one team from the franchise tasted victory at the Home of Cricket, with Brave's women's side having crashed to defeat to Oval Invincibles in Saturday's earlier final.

Phoenix still had very faint hopes with 54 required from 20 balls - but up stepped death-bowling specialists Chris Jordan and Tymal Mills to concede only 21 runs combined from the final 20 deliveries, with Mills shipping only five of those.

Phoenix's defeat was particularly harsh on New Zealand quick Adam Milne, who recorded remarkable figures of 2-8 from 20 balls - in which he conceded just three runs from 15 balls in the 25-ball powerplay.

Milne's return was the second most economical knock in the tournament for a bowler to have bowled their full allocation of 20 balls, behind only Northern Superchargers spinner Mujeeb Ur Rahman's 2-6 against London Spirit, also at Lord's.

The #BirminghamPhoenix seamer finishes with 2-8 from his 20 balls 👌#SouthernBrave 150-5 with five balls remaining...

LIGHTNING LIVINGSTONE CUT OFF BY DAVID

We seemed set for Livingstone to produce another match-winning innings, akin to his rapid 90-odd against Northern Superchargers earlier in the week and England-record 42-ball T20I hundred against Pakistan earlier this summer.

The 28-year-old nailed the third and fourth legal deliveries he faced, off Garton, for back-to-back leg-side sixes and had creamed two more maximums as well as four fours as he reached 45 from 18 balls and entered what Shane Warne called 'Beast Mode'.

However, he then paid the price for not running at completely full pelt as David brilliantly smashed the stumps from the deep. Brave still needed 99 from 55 balls at that point with their most destructive batter back in the hutch. It proved a decisive moment.

Brave fielder David took a corker at backward point and Garton a fine tumbling catch at deep midwicket, while a fan in a fetching shirt claimed a belter in the crowd!

It's going the way of #SouthernBrave.... 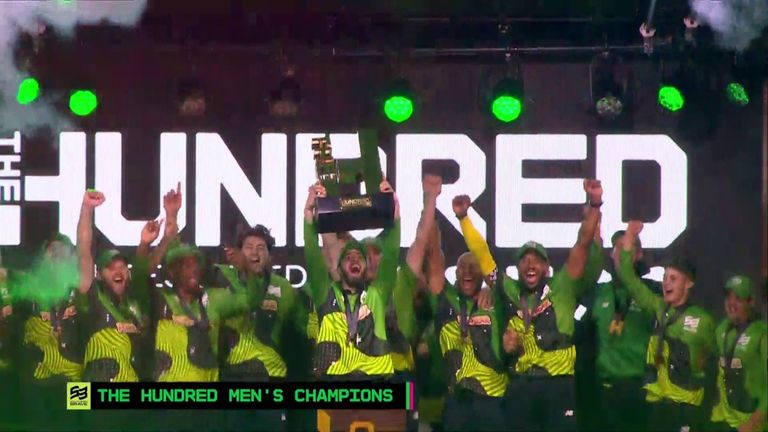 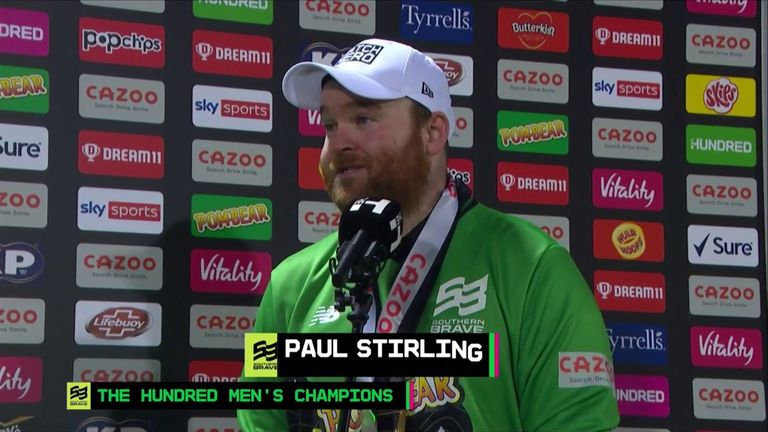