Chris Woakes has made only 10 T20I appearances, more than a decade after his England debut in the shortest format; England begin their T20 World Cup campaign against West Indies on October 23; watch the tournament live on Sky Sports from October 17 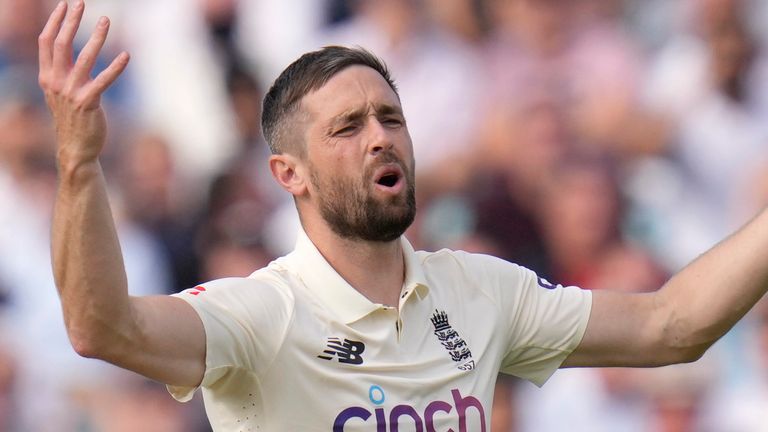 Chris Woakes admits he feared his international T20 career might be over until his surprise recall to the England squad to face Sri Lanka during the summer.

The 32-year-old all-rounder had not represented England in the shortest format for six years prior to his call-up against the Sri Lankans - but now finds himself preparing for the T20 World Cup, which gets under way next week in Oman and the United Arab Emirates, live on Sky Sports Cricket.

Woakes said: "I certainly hadn't given up but at the same time I thought maybe that ship had potentially sailed. I'd be lying if I said I thought I was probably going to get another go.

"I hoped I might get another go, whenever that was, and I wasn't thinking of retiring from that format but I certainly thought they might have moved on from going back to me.

"Obviously I'm delighted to have the opportunity to have another go at a World Cup and I'm really excited about that.

"There are no guarantees that myself, or anyone else, will be selected for the next one so you have to make the most of the here and now. It's a great opportunity to lift silverware for your country.

"To be honest, I think this T20 World Cup could be won by pretty much anyone, so that's also exciting and it's a great tournament to be a part of."

Although Woakes made his T20I debut more than a decade ago, his appearance against Sri Lanka at Southampton in June was only his 10th international cap in the format.

By contrast, he has amassed more than a century of ODI appearances, including England's memorable World Cup triumph at Lord's in 2019, as well as featuring in 39 Tests.

"The way the game's moved forward across three formats, there's no way I'd have made my T20 debut back in 2011," Woakes reflected. "Back then I'd performed as a red-ball cricketer more than anything else, yet I was handed my T20 debut.

"The game's changed, there are more players playing certain formats now and they're committed to that.

"I'd like to have played a few more than a handful of games in this format, but I think not having to concentrate too much on international T20 has helped my other formats, in particular my ODI game and Tests as well.

"I've played a hell of a lot of T20 cricket for quite a few franchise teams, including some IPL stuff, against some high-quality performers. Hopefully I can draw on that experience and it can benefit me."

Woakes appeared for Delhi Capitals in the IPL before the tournament was suspended earlier this year, but declined the opportunity to return for its resumption to focus on his upcoming England commitments.

His decision to remain on home soil also provided an opportunity to enjoy domestic success with Warwickshire, who defeated Somerset in a thrilling finale to bring the County Championship title to Edgbaston and followed that up by overwhelming Lancashire to lift the Bob Willis Trophy.

"It was a tough decision not to go to the IPL and see out my contract with a great franchise," Woakes added. "I really enjoyed my time there at the start of the year. That was a bit of a shame but I made my decision based on the time away coming up.

"Those opportunities don't come around too often and I'm delighted to have played and contributed to another Championship coming back to Warwickshire."

Watch the T20 World Cup live on Sky Sports between October 17 and November 14.