Nottinghamshire will be in Division Two after being relegated from top flight in 2019; first-class cricket was altered in 2020 and 2021 in a bid to mitigate the impact of the coronavirus pandemic

The County Championship will return to a two-division format in 2022 for the first time since 2019 but with a 10-team, eight-team divisional split.

First-Class Counties voted to change the format of men's first-class cricket during the pandemic, with the introduction of the Bob Willis Trophy in 2020 and a three-group seeded system used for the 2021 campaign.

Warwickshire were crowned County Champions last month and then went on to lift the Bob Willis Trophy by beating Lancashire by an innings and 199 runs, at Lord's.

They will duly take their place in Division One of the 2022 LV= Insurance County Championship along with: Essex, Gloucestershire, Hampshire, Kent, Lancashire, Northamptonshire, Somerset, Surrey, Yorkshire

The system for promotion and relegation will be two-up, two-down. 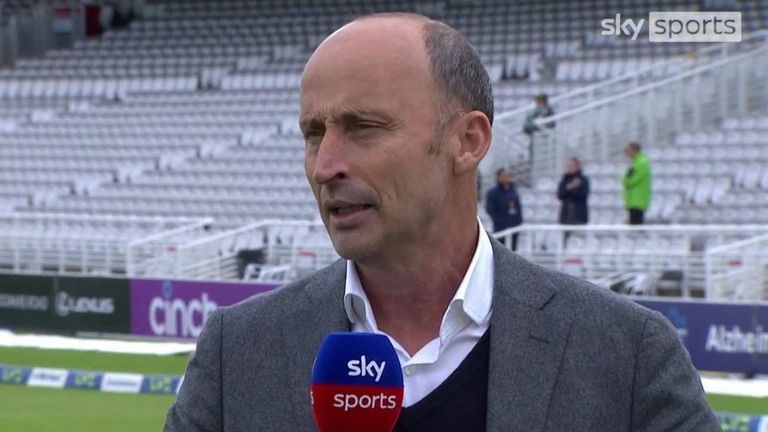 The process to transition to a 10:8 structure began during the 2019 LV= Insurance County Championship. At the end of that season three counties were promoted from Division Two (Lancashire, Northamptonshire, Gloucestershire) while the last-placed Division One county (Nottinghamshire) was relegated.

Announcing the changes, an ECB statement read: "It has always been the intention of the First-Class Counties and the ECB to return to the two-division structure at the earliest opportunity.

"After the First-Class Counties voted to change the format of men's first-class cricket in 2020 and 2021 to mitigate against the impact of Covid-19, this week's vote also considered the option to play one further year of the seeded group structure that was successfully staged this summer.

"Although there was support from counties to use the 2022 season as a way to step back to a two-divisional structure, there was not the two-thirds majority that was required under the ECB Articles."

Earlier this month Nasser Hussain described the county structure as "abysmal", while fellow pundit Mark Butcher insisted he would like to see a return to a two-division structure for red-ball cricket.