England qualified for the T20 World Cup semi-finals as group winners despite losing to South Africa by 10 runs in Sharjah; victory not enough to keep South Africa in the tournament, with Australia going through as runners-up 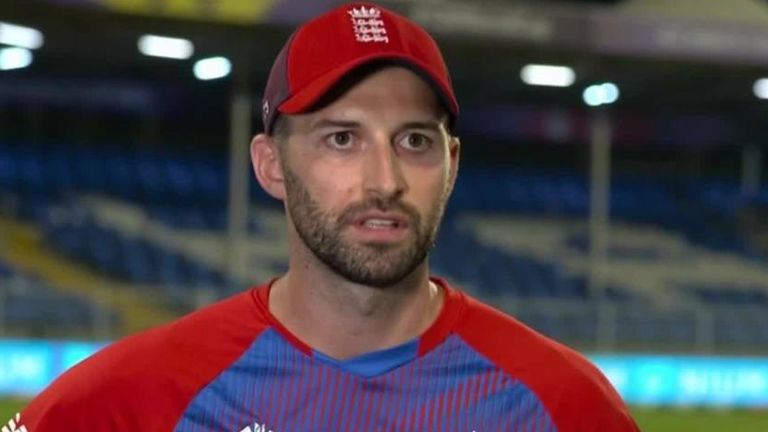 Mark Wood believes England's T20 World Cup defeat to South Africa will keep the squad "grounded" as they attempt to regroup ahead of Wednesday's semi-final in Abu Dhabi.

Seamer Wood made his first appearance of the tournament after recovering from an ankle injury as Eoin Morgan's side lost their 100 per cent record to the Proteas, but still qualified for the last four as group winners.

The 31-year-old feels England's 10-run loss in Sharjah will preclude any possibility of over-confidence going into their semi-final, likely to be against the winners of Sunday's clash between New Zealand and Afghanistan, or possibly India.

"It's a shame we've lost the game, that brings us down to earth with a bit of a bump," said Wood. "It keeps us grounded and we know we've got some stuff to work on.

"You never want to lose. We're not used to losing and usually when we do we bounce back well. I think it's just a lesson that we've got plenty to work on.

"South Africa played really well - they only lost two wickets and we're not used to that - we're used to getting wickets in the powerplay and controlling the game from there.

"We were maybe off the pace, so we've got to work on things in training and be better next game. It's nice to be back, but it's better when you win."

Wood, who hurt his ankle during a warm-up game for the tournament against New Zealand, was the only change to England's line-up - an enforced one, with fellow quick Tymal Mills ruled out due to a thigh strain.

South Africa scored 189-2 - by some distance, the highest total England have conceded in the tournament so far - and Wood, whose four overs cost 47 runs, admitted he was less than satisfied by his comeback performance.

"I had the ankle injected but it took longer than I thought. I hoped it might be just one or two games, but the lads were playing really well so there was no need to rush," he said.

"The pain's still there at times, but I felt I could still do my job - unfortunately it didn't go as well as I'd want today. When you make yourself available to play you've got to deliver.

"The thing that disappointed me was I didn't get too many dot balls. I went for four and six off the first and last balls of the over, which is disappointing.

"I hadn't played in a while but that's not an excuse. I'll be working on things in training."

England now have a potential injury problem in the batting department, with opener Jason Roy pulling up with a calf strain during the run chase and visibly emotional as he was helped from the field.

Roy's injury will be assessed on Sunday, but the likelihood is he will not be available for the semi-final, forcing England to break up his productive opening partnership with Jos Buttler and rejig their side again.

"I'm disappointed for J-Roy. He's pretty upset in the dressing room now, he's a big character and brilliant player for us," added Wood.

"We've got great talent and good depth so someone will have to step up. Jonny Bairstow naturally opens in the 50-over games, James Vince is a reserve so he could maybe come in and open and Liam Livingstone's opened for Lancashire, so we've got plenty of options."

The T20 World Cup continues live on Sky Sports Cricket from 9.30am on Sunday. Watch New Zealand vs Afghanistan in Abu Dhabi followed by Pakistan vs Scotland in Sharjah.