England's three-match ODI series in the Netherlands is live on Sky Sports Cricket; watch the opening game from 9.50am on Friday - Matthew Mott begins tenure as new white-ball coach after highly-successful stint with the Australia Women's team

Eoin Morgan has no end date in mind for his England captaincy - but has stressed he will call it a day if he feels he is no longer contributing.

The 35-year-old has overseen a dramatic upturn in England's white-ball cricket since becoming skipper in December 2014, most notably steering his side to the 2019 50-over World Cup.

Morgan also guided England to the final of the T20 World Cup in 2016 and the semi-final last year, while the team has spent time at the head of the one-day international and T20 international rankings on his watch.

The left-hander's form with the bat has been up and down at times - he is currently averaging 16 across his last 18 T20I innings - and he has also missed games here and there with niggling injuries.

Speaking to Sky Sports ahead of the three-match ODI series in the Netherlands, which starts on Friday, Morgan said: "I would love to say I am finishing here or there and that's it. I would love to work like that but the way my body is at the moment, I can't work like that.

"If I injured myself tomorrow and it was going to be quite a prolonged injury then I wouldn't be doing the team and myself any favours if I still held a commitment to finish at a certain point. If I don't think I am good enough or I don't feel I am contributing to the team, then I will finish.

England ODI squad in the Netherlands

"That's just the way I am and I hope that rubs off onto the team. Your leader doesn't have to be selfless, they can be whoever he or she wants to be, but I feel this is a better way of doing things.

"Since taking the captaincy [any lack of form] has not been a huge issue for me, simply because I know if I am not good enough to score runs or contribute then I will drop myself.

"I know I will come back into form at some stage. The cycle throughout my career has been a complete rollercoaster so it's nothing strange."

Jos Buttler and Moeen Ali have each stood in for Morgan as skipper over the years and the current captain will have both of them at his disposal against the Netherlands, along with currently uncapped left-arm seam bowlers David Payne (Gloucestershire) and Luke Wood (Lancashire).

Buttler arrives fresh from being the leading run-scorer at the Indian Premier League, racking up 863 runs for finalists Rajasthan Royals with four hundreds and as many fifties, while Moeen comes into the series with letters after his name having been awarded an OBE for services to cricket. 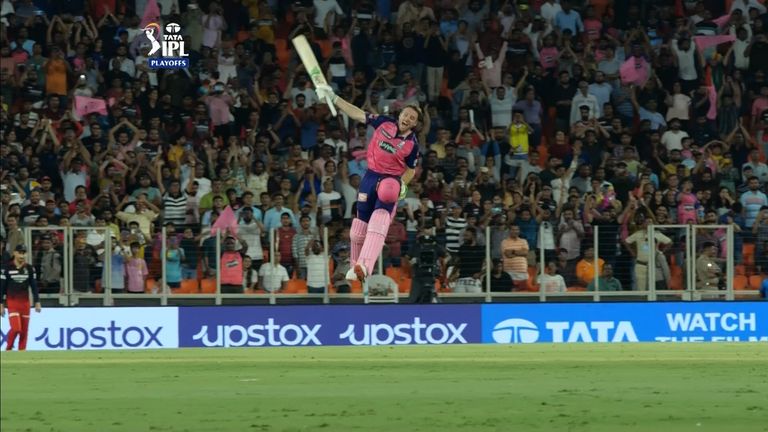 "When you are a little bit younger all you are trying to do is impact the game. The older you get it is about getting your side over the line. Rajasthan were heavily dependent on his runs and he took on that responsibility while also being able to take risks.

"Moeen has been incredible. He is unbelievably respected on and off the field and has given so much of himself in our changing room. He is always himself, never tries to be anyone else.

"He has the ability to break the ice but also take things seriously when needed and obviously the role he plays in the community he is from is huge. He embraces being that role model and I hugely admire him for that."

With a number of first-team players missing the Netherlands series due to Test commitments and injury, Morgan is looking for a similar outcome to the ODIs against Pakistan last summer.

Back then, England had to field an entirely new squad after their initial party was placed in Covid isolation, with the replacement team going on to secure a notable 3-0 sweep.

Morgan said: "The biggest compliment in recent times was that against a full-strength Pakistan the players that came in played the brand of cricket we have played for the last five or six years.

"We weren't sure how they would play but, my god, they were aggressive, positive, and played some smart cricket along the way to beat an extremely good side. For the future generations coming into our team, the ambition is to continue pushing that envelope and challenging for places."

'Mott is a good leader'

Payne and Wood - two of five left-arm quicks in the England squad, alongside Reece Topley, Sam Curran and David Willey - add a freshness to the playing group but there will also be another new face around the camp in recently-appointed white-ball head coach Matthew Mott.

Mott, 48, links up with England after seven years as head coach of the Australia Women's team.

During that time, he presided over two T20 Word Cup wins, four unbeaten Ashes campaigns, a 26-match ODI winning streak and then a 50-over World Cup crown earlier this year in which Australia won each of their nine games, securing the trophy with a 71-run victory over England in the final. 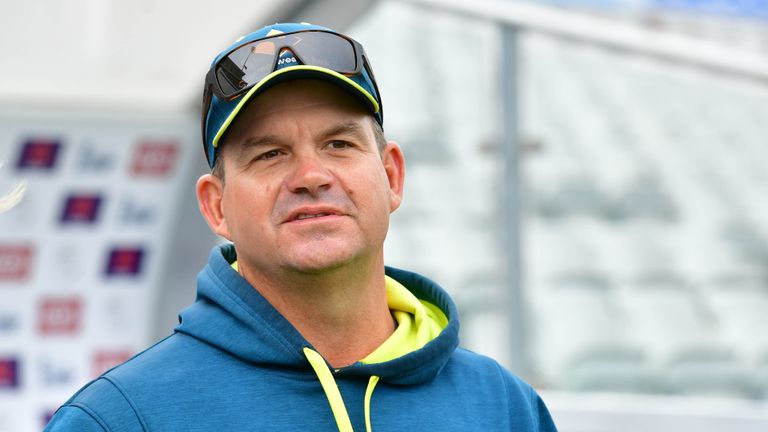 Morgan said of Mott, who coached Glamorgan between 2011 and 2013: "I think the applicants that were shortlisted were excellent and Matthew stood out a bit more for [England managing director of men's cricket] Rob Key and the guys adjudicating on that.

"He worked as an assistant to our old coach Trevor Bayliss at New South Wales and Trevor spoke about his drive as a coach and his demeanour. He also made an impression on a lot of people when he was at Glamorgan and has had a lot of success recently with the Australia women's team.

"He oversaw a transition there and for them to run a World Cup campaign like they did takes a huge amount of planning, strategy, drive and good leaders. He was obviously one of those good leaders. When I first became captain I threw myself into everything and I learnt a lot of hard lessons. You need to save your energy for big decisions that impact the game or your team-mates. If you are throwing the same amount of energy into every decision there is an issue. You become better at delegating, more aware, as you go along.

"One of the characteristics I told Keysy [Rob Key] I wanted from a coach was someone who held us accountable, which is what Trevor Bayliss and Chris Silverwood did so well. We are trying to win everything we are going into which means we are never standing still.

"The mantra is always to try and improve and given we only made the semi-finals of the most recent T20 World Cup emphasises that more. We were absolutely exceptional going into the tournament and throughout it - but then for four overs in the semi-final we weren't exceptional. That cost us.

"We can't sit back and say, 'we were good for the majority of the tournament, we will be fine'. We still need to plug holes where needed and grow depth. Motty is going to be key in that."

Watch England's first ODI in the Netherlands live on Sky Sports Cricket from 9.50am on Friday. There are then further games on Sunday and Wednesday.