Alastair Cook insists England are "nowhere near the finished article" after ending their successful Test tour of South Africa with a comprehensive defeat at Centurion.

Cook's men were skittled for just 101 in their second innings to lose to the Proteas by 280 runs, the tourists shipping their last seven wickets for 43 runs in the first hour on day five.

However, England's thumping wins in Durban and Johannesburg steered them a 2-1 victory and the captain says he is thrilled by the side's potential. 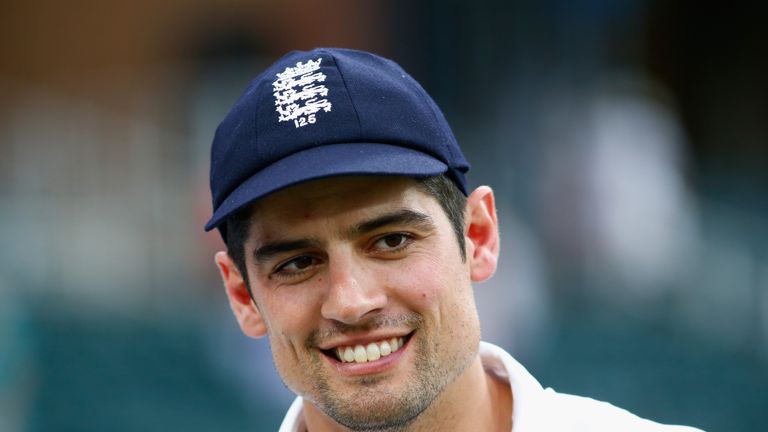 It shows to me that we are nowhere near the finished article and still have a lot of work to do with our batting and catching.

"We didn't get the balance right between the attacking nature, something we want to play with, and the defensive," Cook told Sky Sports after his team's Centurion mauling. "It was limp batting.

"It shows to me that we are nowhere near the finished article and still have a lot of work to do with our batting and catching but that is exciting on the back of a 2-1 win.

"Perhaps that little one per cent extra you need in the heat of the battle, something this team seems to thrive on [was missing].

"Sometimes you have to give the guys a bit of leeway as everyone is human but we do need to start gutsing things out at the back-end of series.

Jonny Bairstow biffed his maiden Test century during the second Test in Cape Town - during a world-record sixth-wicket partnership of 399 with Ben Stokes - but also shelled a series of catches behind the stumps across the four games.

Cook backed his player to improve with the gloves in the way one of Bairstow's predecessors, Matt Prior, did - and says he will have to if England are to push up the rankings.

He said: "Jonny has missed chances in this series that he needs to take but he knows that and has three or four months between now and the next Test match [against Sri Lanka in May] to work on his keeping.

"Matt Prior dropped a few chances and got left out of the side but he then worked incredibly hard on his keeping and then no one ever spoke about it.

"It proves your keeping can improve so Jonny needs to get to that standard because we can't afford drops like that in Test matches - but his batting has helped win the series."

On Man of the Series Stokes, Cook added: "I think he has thrived under pressure and thrived working under [coach] Trevor Bayliss.

"They get on really well and have this strange relationship where they swear at each other!

"He has learnt from his tough times and it is no mistake that he has had his best series and been able to bowl long spells after working so hard physically after the Pakistan series."