Lehmann stood down from his role as Australia head coach in the wake of the incident in Cape Town on their tour of South Africa, despite being cleared of wrongdoing by Cricket Australia.

Langer: We must earn back respect

Justin Langer says Australia must earn back respect of cricket world and confirmed he would welcome back Warner, Smith and Bancroft

Ex-captain Steve Smith and his deputy David Warner are currently serving year-long bans, while Cameron Bancroft has been suspended for nine months over the incident.

"I'm just so pleased that Australian cricket is going to be in such good hands," Lehmann told cricket.com.au.

"He's got the best job in the world, and I know it's a job that I'll miss because I loved every minute of it.

"But this is a time that Australian cricket needs to move forward and they couldn't have a better person to lead them now."

Langer will coach the Test, one-day and T20 sides for the next four years and the Western Australian will also be part of a players' review aimed at improving the overall team culture.

Lehmann, who took Australia to the 2015 World Cup title, consecutive Ashes victories at home and to the top of the world Test and ODI rankings, believes Langer has to find a formula to be successful playing the right way.

"He spoke passionately about how he wants them to play, and he's going to find the right balance that works best for that group," he added. 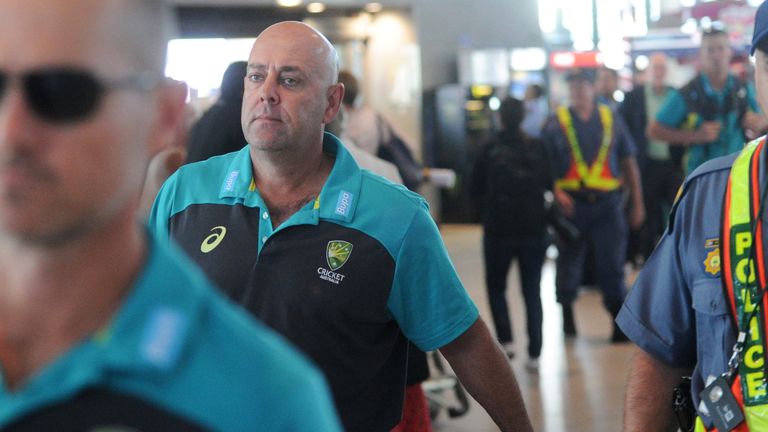 This is a time that Australian cricket needs to move forward and they couldn't have a better person to lead them now.

"There's no doubt that the toughest time in that job is when the team's not winning.

"As he said in his media conference, winning away from home is the ambition for every team, but winning at home is also paramount.

"Winning away is everyone's aspiration, but if you don't win at home that starts to present its own challenges."