​Hampshire Hawks booked their place at Vitality Blast Finals Day as they skittled Birmingham Bears for 82 during a thumping 104-run win at Edgbaston.

The Hawks emphatically ended the Bears' T20 campaign, denying their hosts a Finals Day place back in Birmingham on July 16 and, at the same time, silencing a big, sun-soaked crowd. 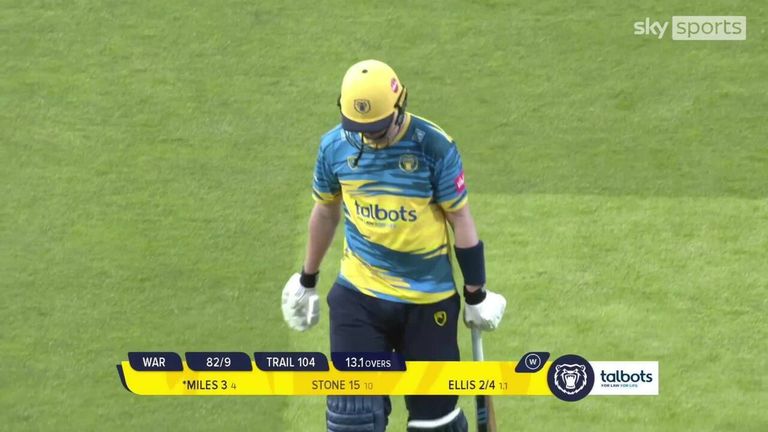 After the Hawks chose to bat, England paceman Olly Stone opened up with two excellent overs for eight runs, but McDermott and James Vince (31 off 22) soon upped the ante.

After scoring 11 from the first two overs, they smashed 50 from the next four as Australian McDermott, in particular, broke loose. His fourth six, hoisted over extra cover off former Hawks spinner Briggs, took him to 50 from 28 balls.

The openers added 93 in 56 balls before Brathwaite dismissed both in four balls. Vince edged to wicketkeeper Alex Davies and McDermott dragged a yorker onto his stumps.

It was three wickets in 10 balls when Tom Prest (2) missed a reverse sweep and was lbw to Dan Mousley. 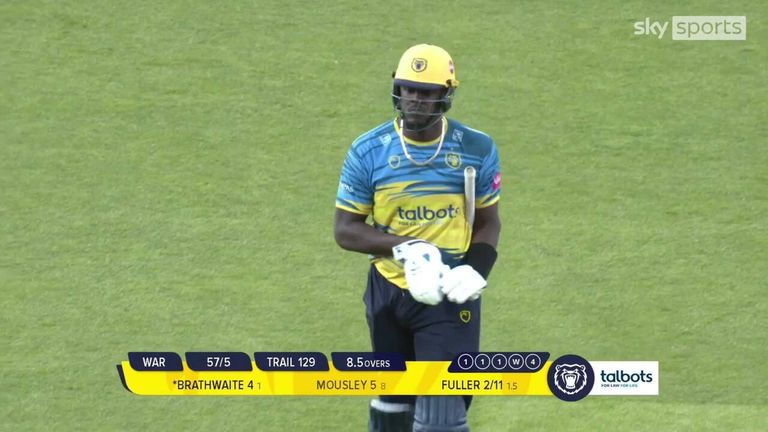 Weatherley and Ross Whiteley (24 off 16) got things back on track with a stand of 69 in 40 balls before the latter was superbly held by Lintott at long-off off Brathwaite.

The Hawks' total looked about par on a good pitch but they got their talons straight into the Bears' reply as Ellis forced Paul Stirling (1) into a miscue and Wheal's first ball bowled Davies (6).

Sam Hain (11) hoicked Wheal to deep midwicket and when Fuller's third ball yorked Hose (16), the Bears were 40-4 in the seventh over.

The Hawks kept the pressure on and Chris Benjamin (10) and Brathwaite (4) sent up catches off Fuller to leave the bowler with 3-11 from his first two overs and Vince's side closed out victory without breaking sweat.