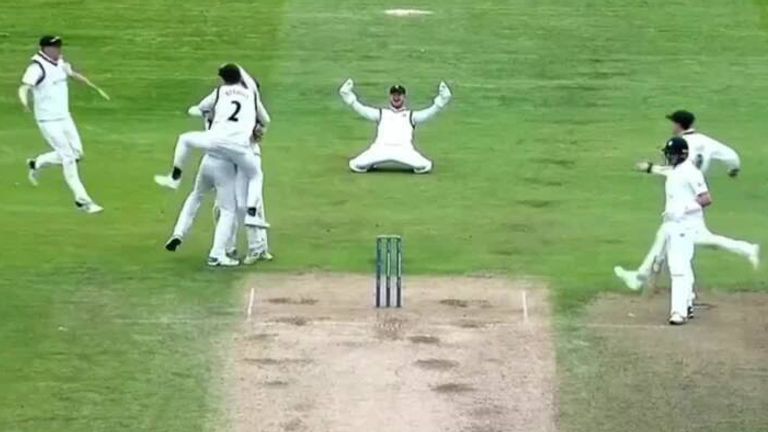 Liam Norwell took nine wickets as Warwickshire pulled off a stunning final-day, five-run victory over Hampshire to remain in LV= Insurance County Championship Division One and relegate Yorkshire instead.

The Bears needed to beat Hampshire to avoid becoming the first side since Middlesex in 2017 to drop out of the top flight a year after winning it.

Warwickshire had Norwell to thank for their survival, with the seamer snaring a remarkable career-best 9-62 from 18.5 overs virtually unchanged as Hampshire were rolled for 133 in a chase of just 139 at Edgbaston.

As a result, Yorkshire have slipped into the second tier alongside bottom side Gloucestershire, the team they lost to at Headingley on Wednesday.

Norwell - who has endured an injury-ravaged campaign - was brilliant for the Bears, accounting for, among others, Hampshire skipper James Vince for 15, former Warwickshire player Keith Barker for four and top-scorer Nick Gubbins for 46.

The former Gloucestershire paceman then bowled James Fuller (22) before pinning last man Mohammad Abbas (0) lbw in what proved the final over of the game to clinch a miraculous victory for his team and match figures of 13-100. 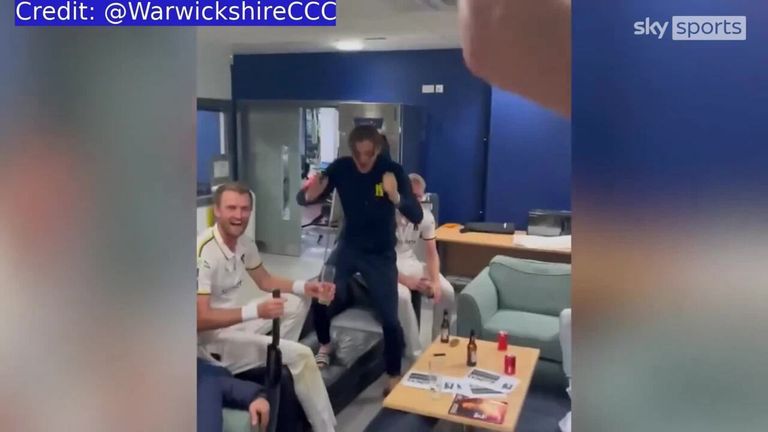 Warwickshire were in full song for their bowling hero Liam Norwell after his 9-62 kept them in the County Championship.

Oliver Hannon-Dalby (1-40) picked off Hampshire opener Felix Organ (5) to leave the visitors 6-1 before Norwell took over, starting when he bowled Ian Holland (3).

Gubbins held firm at one end as Norwell collected wickets at the other, with Barker's dismissal half an hour into the final session - bowled off stump by a peach of a delivery - seeing Hampshire reduced to 91-7, still 48 runs shy of victory.

Gubbins and Fuller appeared to have put Hampshire back on course for the win with an eighth-wicket stand of 33, but the former was trapped lbw with 15 runs required before the latter was castled with the visitors needing a further six.

The game was over four balls later as Norwell pinned Abbas leg before to cap a staggering bowling display and keep his side in the Championship's top tier.

The odds were heavily stacked against Warwickshire heading into day four, with the hosts 62-2 in their second innings and leading by just 23 runs.

Dom Sibley - in his last game for the Bears before he returns to Surrey - turned his overnight 29 into 77 but received little support as Warwickshire were dismissed for 177, an innings in which Hampshire seamer Fuller bagged 4-34.

Hampshire would have fancied clinching a 10th victory in 14 matches but ran into an inspired Norwell as they missed out on the chance to finish second in the table - and an additional £145,000 in prize money.

Norwell: Survival means so much, I was nearly in tears

Speaking afterwards, Norwell said: "It was a mad day, really. It didn't really go to plan in the morning, we didn't get the runs we wanted, but when that happens you get your head down and bowl and see what happens.

"It just went my way. They played some average shots you might say but I got the ball in the right area enough.

"When Gubbins and Fuller were going well, we felt it was starting to slip away, but we kept going and somehow managed to pull it off.

"I don't know what I was thinking at the end. I just went mad. All the emotions came out and I was nearly in tears.

"It means a lot to me because I feel I've let the lads down being out injured so much this season. I hope helping us stay up has repaid them a little. 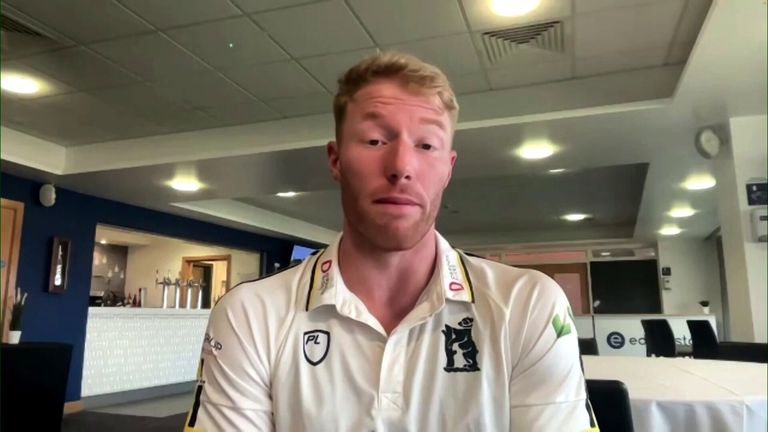 "I am so glad we are still in Division One next year. It means so much to the team and the club. It means everything.

"We want to win the County Championship. That's why we play four-day cricket. We did that last year but haven't been good enough this year.

"We managed to pull it out of the bag, but we have a long winter ahead of us to make sure we are not in this position again next year and are back to where we were [in 2021]."

In the second Division One game to stretch to four days, Essex clinched a 47-run victory over Northamptonshire as off-spinner Simon Harmer bagged 6-49 to skittle the home side for 163 at Wantage Road.

Harmer's haul took him to a leading 59 wickets in Division One this season and shredded Northants after they had been set 211 for victory.

Essex had begun the final day on 63-5 and were rolled for 110 as Jack White recorded figures of 6-38, but Northants then collapsed themselves as Harmer and seamer Sam Cook (3-43) starred.

Northants finished sixth in the Championship - their highest finish in 27 years - with Essex ending up in fourth spot, behind winners Surrey, second-placed Lancashire and third-placed Hampshire.