Pakistan close day four on 80-2 having been set 343 to win in four sessions; Ben Stokes declares aggressively at tea after England thump 264 in 35.5 overs with Harry Brook nailing 87 from 65 balls; watch day five live on Sky Sports on Monday (4.45am on air).

Ben Stokes will go down as one of England's "most significant" captains, according to Michael Atherton.

Stokes aggressively declared at tea on day four, setting Pakistan a tempting 343 to win and handing his side four sessions to take 10 wickets after Harry Brook's blistering 87 from just 65 balls had been the standout knock as England raced to 264-7 in only 35.5 overs in their second innings.

"That was a fantastic declaration at tea to give themselves four sessions to win this game.

"It's a terrible Test match pitch and therefore for those who have got the interest of the game and Test match cricket at heart, to have all three possibilities open, it's fantastic. "They're prepared to lose. It's a completely different England team and that is solely down to Stokes and (Brendon) McCullum, who are in the same mind of how to play cricket.

"Captains err on the side of caution, only 13 captains have declared in the third innings in the history of the game. Stokes is not having a bar of that. He will go down as one of the most significant captains in England cricket.

"He will hate losing, all the England team would hate losing, but he is prepared to lose to win, and so credit to him for that."

Atherton praised they way Stokes used non-conventional tactics to try to get an early wicket.

Rather than open with James Anderson, Stokes took the new ball and along with Ollie Robinson used a short-ball ploy to take two wickets, including the key wicket of Babar.

"It's easy to talk that kind of game but difficult to put those words into action, but everything we have seen is he is prep to tear up the conventions of the game. He is prepared to challenge convention in an attempt to win and play attractive cricket," Atherton added. 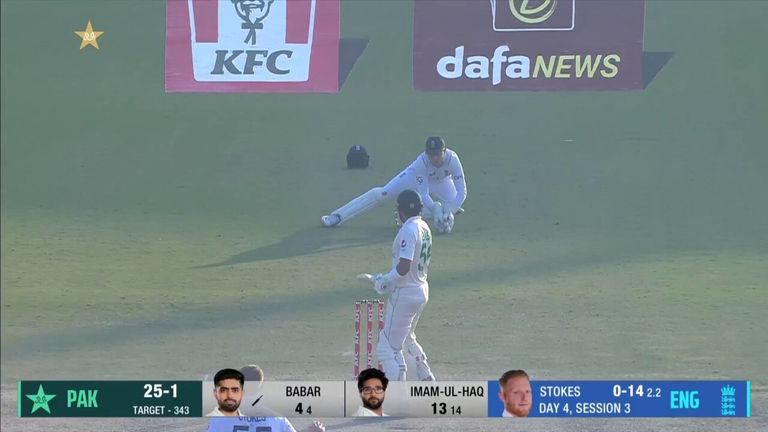 Assistant coach Paul Collingwood said this England side are not afraid to take an unconventional approach in order to win games.

He said Stokes and McCullum are aggressive leaders who are willing to "risk things and willing to lose a match to dangle the carrot".

Collingwood added the coaches want England's batsman to be aggressive and not worry about mistakes.

"At the start of the day, you don't know how it's going go. We were never going to take a conservative route, we wanted to be aggressive, some fantastic batting. Great to watch guys go out there and show their skills and get us to a target," he said. 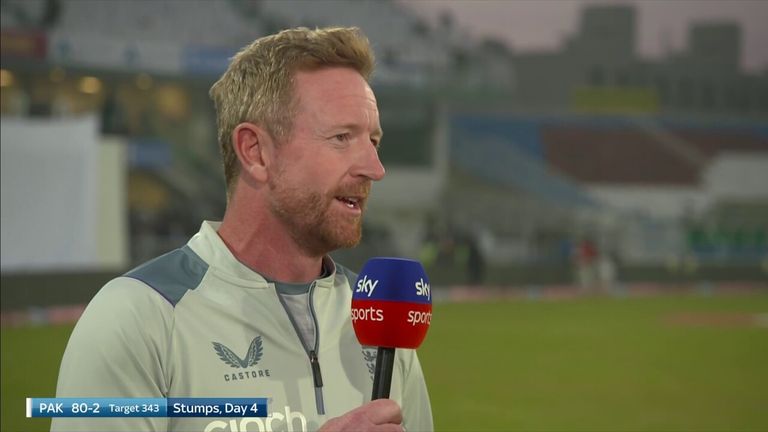 "You want players to come out of the nets and go out in the middle and have no consequences. In our day, we were scared of making a mistake and getting out. We are trying to get through to these guys, that they can make mistakes.

"It takes a lot to take that into a Test match, that's where this team has been so impressive, where we have taken that type of form to the longer form.

"We aren't afraid to lose matches to try and win. We've had a great day and played the game in the right day."

Collingwood added if England take early wickets on day five, the scoreboard pressure will be on Pakistan.

Watch day five of the first Test between Pakistan and England, in Rawalpindi, live on Sky Sports Cricket and Sky Sports Main Event from 4.40am on Monday.