That famous line from Sid Waddell provides an abiding memory of a watershed moment in Colin Lloyd's career - his second major triumph at the 2005 World Matchplay.

Lloyd had scooped his maiden televised title at the World Grand Prix just months earlier, although his Matchplay success was sealed in dream fashion, with a spectacular 170 checkout.

The Matchplay is second only to the World Championship in terms of prestige and 'Jaws' was up against Canadian legend John Part in the Winter Gardens showpiece.

The Essex-born star made his televised debut at the World Matchplay in 1999, therefore it was fitting the iconic Blackpool venue marked his finest hour.

"Myself and John were good pals anyway. We were having a nice little bit of banter," Lloyd told the Darts Show podcast.

"Then basically John goes: 'I will never rate you as a world No 1 unless you beat me tonight in that final.'

"I just burst out laughing and I thought to myself - John, you forget I have been on the circuit a little bit longer than just a few years ago, you know? I won't bite at that, as much as I used to, I won't bite, I won't bite.

"I said 'Sure John, not a bother, cheers, all the best.' Anyway he goes: 'remember that, remember that.' I said 'I will do.'

"At the end I banged out the 170 and I turned around to shake his hand and we just had a hug. John was so pleased for me.

"Of course John wanted to win that one - every player wants to win any final that they're in, but he did say 'I recognise you as world No 1 now' so fair play to him."

Lloyd is one of just nine players in PDC history to have occupied the coveted world No 1 spot and he enjoyed two separate stints at the summit - the first of which lasted for over 12 months.

Nevertheless, his status as world No 1 was derided in some quarters, as he led the indomitable Phil Taylor on the PDC Order of Merit, despite Taylor's monopoly of major tournaments.

Lloyd never regarded himself as the world's best, but his ranking was testament to his dedication, consistency and quality, for which he received rightful acclaim following his Grand Prix and Matchplay success.

"It was a very proud moment. I used to get a bit of stick for it. I worked very hard to get to that world No 1 position," Lloyd admitted.

"It just so happened that I performed well every week, I supported the tour and went to all the events, and I accumulated enough points to be called the world No 1."

His first taste of televised glory came at the World Grand Prix in October 2004, when he fulfilled his major dreams by defeating Alan Warriner-Little in the unique double-start concept.

However, he credits former world champion and his current Sky Sports colleague Keith Deller for his sage advice ahead of what was then the biggest game of his career.

Lloyd said: "I had done my press with Sky. I went back upstairs to my room to shower and change and I was about to come out again. The door opened and it was Keith Deller. He looked at me and goes: 'What are you doing?'

"I said 'I'm going down to support Wozza', because I'm great pals with Alan Warriner. Keith said, 'You must be joking. You are not leaving this room. You are in your first major final and you want to go down and support him?'

"I said 'Well Keith, I'm a bit hungry'. He said: 'Well I'll order you room service then, what do you want?' He said 'I don't want to see you outside of this room.' That was it. With that I got undressed, got into bed, started watching a film and had my food.

"Obviously I played Wozza [Alan Warriner] in the final. My first ever major final and I'd won it. It was a fantastic early part of my career."

Lloyd's career was littered with success - his haul of 30 PDC ranking titles elevates him above five-time Raymond van Barneveld and two-time world champion Adrian Lewis in that regard.

The two-time major winner insists he has no regrets, although he concedes his World Championship performances were a source of frustration.

The World Championship is the pinnacle of any player's season, although the careers of many are perhaps judged distortedly based on their fortunes in the sport's biggest event.

Lloyd reached the semi-finals in 2002 and in 2007 surrendered a three-set lead to eventual champion Van Barneveld in the second round, but he insists he would not trade his litany of success for one world title. 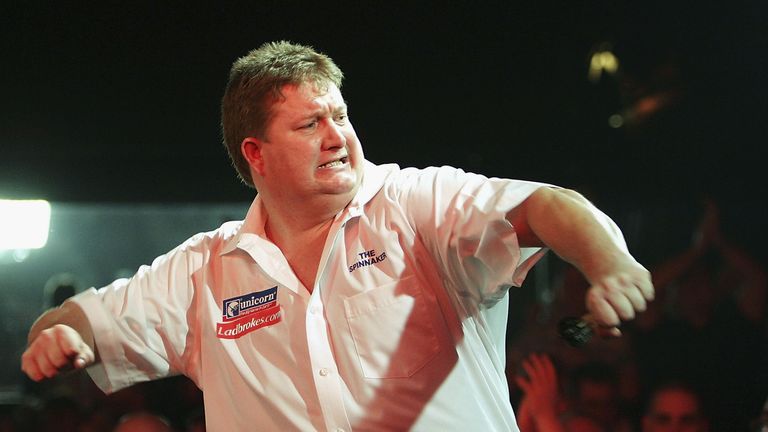 "I would have loved to have been crowned world champion. It's your ultimate goal as a youngster."

Lloyd on the Worlds...

"I always seemed to get to the World Championship and although I felt great, I just never really turned up," he continued.

"I would have loved to have been crowned world champion. It's your ultimate goal as a youngster, like anyone in the Olympics, you want to be a world champion or Olympic champion and in darts it was no different for anyone.

"I practised and I pushed myself and for me to give up 28 open event wins and two other major titles for one title, no. That is not what I am all about. It would be very foolish of me to say trade in everything that I worked for and won, for one event."

Lloyd was an ever-present in the world's top 16 for over a decade, but having relinquished his PDC Tour Card following a disappointing 2015 campaign, he opted not to enter Qualifying School the following January.

Lloyd's last ranking title came at a Players Championship event in July 2012 and reflecting on his decision to step away from the competitive circuit, he cited a candid conversation with close friend and Sky Sports expert Wayne Mardle.

"I always used to say to people when I used to walk into a darts venue I had a blazing fire in my belly, but it got to a point where it became a flickering match, because I knew I wasn't competing anymore.

"It honestly broke my heart, because I thought to myself, something I've dedicated my life to for so long, it is kicking me in the teeth. It wasn't the game that was doing it, it is time. I'd had my time.

"I was going to an exhibition with Wayne (Mardle) and his wife Donna. We have known each other since we were 13 or 14 year old kids. We were just chatting.

"Wayne just looked at me and went: 'Seriously mate, why are you putting yourself through it?' I said 'Do you know what, I still think I've got something to offer.'

"Because we were mates he said 'Mate, you're not good enough anymore. You're just not competing. It is time to move on mate. It's time to start doing something different.'

"The comment didn't hurt me, but the words did and I think it helped me more that it was someone like Wayne, someone who is a good friend, has been a good friend and still is.

"Sport doesn't stop - there's always someone younger and hungrier coming through. I thought to myself no disrespect to the young lads coming through, but I'm not going to be cannon-fodder for them."

Lloyd's hunger he references throughout was a key component of his success and his enviable trophy haul provides tangible evidence of that.

"What a fabulous time I had and I'm still having a fabulous time. I will live and breathe darts until my final breath," reflects Lloyd - part of Sky Sports' spotting team.

That encapsulates the legacy that Lloyd leaves behind - a top-quality operator, a terrific ambassador for the sport and a man with humble beginnings who simply lived his dream.